CLEVELAND, Ohio — Will moviegoers return to theaters in the middle of a pandemic?

© Photo: Gus Chan, The Plain Dealer/cleveland.com/TNS
More movie theaters are reopening in Northeast Ohio this weekend to coincide with the release of several new movies including “Unhinged.”


That’s the million-dollar question that has dogged Hollywood for months. This weekend, they’re going to get the answer as the first new theatrical releases since the start of the coronavirus shutdown hit the big screen.

“Unhinged,” “Words On Bathroom Walls” and “Cut Throat City” aren’t the summer blockbusters you’ve been waiting for. But for movie theaters facing an existential threat, their success is perhaps more important than what a “Black Widow” or “Wonder Woman 1984” would’ve meant during a pre-COVID summer.

? Review: ‘Unhinged’ will make you think twice about road raging, but will it get you back in a movie theater?

To mark the occasion, Regal and Cinemark, the No. 2 and No. 3 largest movie theater companies in the U.S., along Cleveland Cinemas, are raising the curtain at many of their Northeast Ohio locations, joining the handful theaters already open. By cleveland.com’s count, 21 of Northeast Ohio’s 32 indoor movie theaters will be up and running this weekend. AMC Theatres at Ridge Park Square and Westwood Town Center reopen next week.

“It feels like the planets have finally aligned to get movie-going back on its feet in America: new movies are coming, theaters are ready, and there appears to be pent up demand among audiences,” says Mark Gill, President and CEO of Solstice Studios, the distributor behind “Unhinged,” in a press release.

Indeed, 75 percent of Americans are likely to return to movie theaters as long as certain health and safety measures are in place, according to a poll by analytics company EDO.

The major theater chains have invested millions of dollars on those new protocols. Cinemark, for example, now has a Chief Clean and Safety Monitor on duty at all times. Regal has purchased new electrostatic fogger equipment to sanitize every seat after each movie. The goal: to make customers feel comfortable and safe.

It’s a bet Atlas Cinemas took early on. The largest independent cinema chain in the region reopened back in June on the first day allowed by Gov. Mike DeWine.

Moviegoers have responded positively to the changes, he says. They’re wearing masks and respecting the social distancing guidelines.

“Customers do feel safe and happy to go to the movies,” Saluan says. “They’ve been great and following all health and safety protocols.”

Silverspot Cinema Pinecrest, open since July 31, says its customers have been following the rules, too.

“Business has been steady since the reopening,” says Silverspot managing director Gonzalo Ulivi. “Our guests have let us know they feel safe with all the protocols and norms Silverspot has implemented. They’re happy to be back.”

But what’s going to happen when bigger movies, like Christopher Nolan’s highly anticipated “Tenet,” come out and draw larger crowds?

“The highest risk setting for transmission of SARS-CoV-2 [the virus that causes COVID-19 3/8 is indoors with strangers,” he says. “Movie theaters would be low risk if everyone inside was effectively masked, but I would be concerned that patrons would have difficulty maintaining masks if there were concessions or if people just had a hard time being compliant.

“For the sake of theatre owners it pains me to say this, but I would not go indoors to a movie theater during the pandemic,” Dr. Armitage says.

Still, exhibitors hope to mitigate the risks by requiring customers wear masks at all times except to eat and drink, reducing capacity, staggering showtimes and leaving empty seats between parties on all sides.

This much is clear: like so many other things, it’s going to take time before going to the movies feels normal again. This weekend is the first step.

Unhinged: Russell Crowe stars in this road-rage thriller about a man who snaps after getting beeped by another driver

Words on Bathroom Walls: A YA romantic drama about a teenager with schizophrenia who falls in love with a girl

Train to Busan Presents: Peninsula: The sequel to the acclaimed zombie thriller from South Korea

Tulsa: A drama about an addict whose life is turned upside down and around by his long-lost daughter

Stage Mother: A comedy about a conservative church choir director who inherits a drag club started by her deceased son

In addition to new releases, theaters are showing old favorites like “Back to the Future,” “Jaws,” “Jurassic Park,” “The Goonies,” and the 10th anniversary edition of “Inception.” Check theater websites or Fandango for showtimes

The New Mutants (Aug. 28): In the final chapter in the “X-Men” franchise we know it, a new generation of mutants band together to escape the institution holding them against their will

Bill & Ted Face the Music (Aug. 28): Keanu Reeves and Alex Winter travel in time once again, still searching for the inspiration behind the song that will change the world

Expect to pay regular pre-pandemic prices for new releases, though some locations are offering special welcome back deals. Ticket prices range from $5 for a senior or child’s matinee at Atlas Cinemas to $14.25 for a weekend primetime seat at Cinemark Valley View’s premiere XD auditorium. Classic movies cost $5.

Expect to find the same kind of health and safety practices that have now become standard, including mandatory masks, frequent and enhanced cleanings, hand sanitizer stations, contactless transactions, reduced capacity and social distancing measures. Customers are encouraged to purchase tickets online in advance to reduce contact with staff and ensure everyone in their party is seated together.

If you’d rather have a theater all to yourself, Atlas, Cinemark and Silverspot each offer a private watch party option. The cost to rent an auditorium is between $50-$99 for a classic movie or $149 for a new release.

Still not sure about going back to cinemas? The area’s five drive-in movie theaters are open with “Unhinged” playing at the Aut-O-Rama in North Ridgeville and Midway in Ravenna.

Seven Japanese Architects You Should Know

Wed Aug 19 , 2020
Japan’s urban landscape is a colorful mosaic of age-old landmarks and ultra-futuristic facades. From monuments like Kyoto’s Kinkakuji temple and the Tokyo Imperial Palace, to modern buildings like the Nagakin Capsule Tower and Harajuku’s Iceberg, the small island nation is a glowing stage for architecture that brings in curious travelers […] 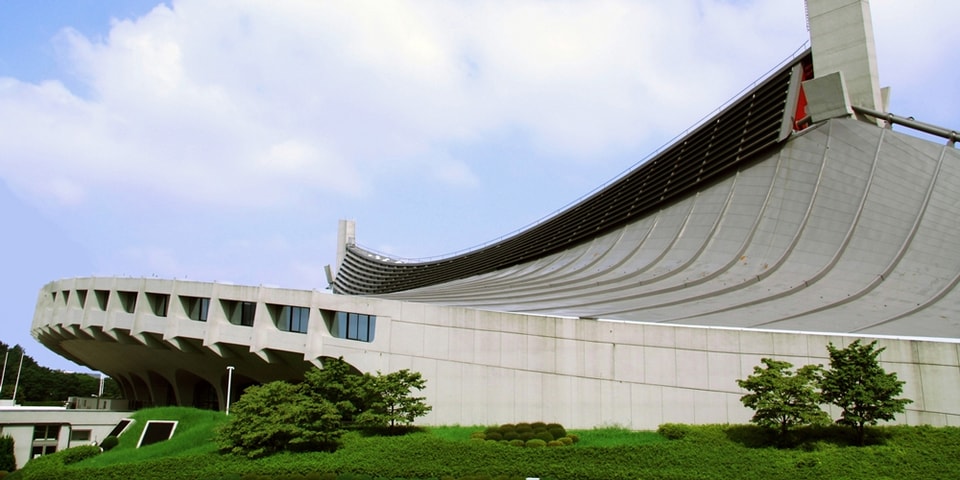