They can start with her place!

The wealthy young woman accused of rioting in Lower Manhattan cooked up plans to take over luxury apartments abandoned by “white flight” — and defend them by tossing bricks off rooftops, The Post has learned.

Clara Kraebber, whose parents own a $1.8 million co-op with river views on the Upper East Side, detailed her desire to build a “BLM [Black Lives matter] focused” network for “wealth re-distribution” in notes seized following her arrest last week, law enforcement sources said.

But in an ironic twist, The Post last week found Kraebber at her family’s second home: a 4-bedroom, 2-1/2 bathroom farmhouse that dates to 1730 and sits on nearly seven acres in rural Litchfield County, Conn.

At the time, she declined to discuss her alleged role in a window-smashing spree during a Black Lives Matter protest that caused an estimated $100,000 in damage to at least five banks, two Starbucks coffee shops and a Duane Reade pharmacy.

Other tactics detailed in Kraebber’s notes include wearing “casual attire” before changing into black at the scene of a demonstration and monitoring police radio frequencies, sources said.

“These are domestic terrorists looking to turn New York City into another Portland and Seattle,” said one source familiar with the writings.

“This is a planned conspiracy and the FBI should be investigating.”

She’s among eight people charged with unleashing mayhem as demonstrators marching on Lafayette Street chanted, “Every city, every town, burn the precinct to the ground!”

The protest was sponsored by the New Afrikan Black Panther Party and the Revolutionary Abolitionist Movement, but Kraebber and most of the others busted with her are white and come from privileged backgrounds.

Kraebber, the daughter of child psychiatrist and an architect, has a history as an anti-cop demonstrator that dates to at least 2014, when she joined a Manhattan rally to protest the police killing of Michael Brown in Ferguson, Mo.

“We don’t have much political power right now, being youths, but this is something we can do,” she told the New York Times at the time.

In her notes, Kraebber pointed to the “HUGE number of empty units” in “white flight apts, new luxury buildings” that and include the instruction to “study tactics of clearing buildings.”

There are repeated references to “scouts” to find vacant apartments and locksmiths to help break in, as well as the need to “prep for SWAT-style eviction efforts” through the use of movable “barricades” and “bricks on roofs as weapons,” sources said.

A page titled “Revolutionary Strategy” and dated Aug. 21 includes notes that say “Stalin — defend USSR at all costs” and “Trotsky — United front of all working class but don’t let capitalists in,” sources said.

There are repeated references to the Spanish Civil War, including an assertion that the failure of the Spanish revolution of 1936 was a “failure of leadership,” sources said.

“Some think actual revolution will be lead by more deliberate leadership,” Kraebber wrote.

Kraebber also faulted the protests over the police killing of George Floyd, writing, “Minneapolis — lots of spontaneous radical energy but no leadership.”

Her notes contain multiple mentions of “Abolition Park” — or “AP” — which refer to the anti-cop encampment that activists set up outside City Hall during the recent battle to defund the NYPD, which resulted in a total $1.5 billion in cuts to its operating and capital budgets.

“All cops are bad because they work for a system that thrives off the oppression of marginalized communities. Asking ‘what about the ‘good’ cops?’ is like asking what about the good slave masters,” according to the Abolition Park website.

“Anyone who f–ks with Democrats can’t be leadership,” she wrote.

The discovery of Kraebber’s notes led the NYPD to warn cops in a Wednesday email that they could face future incidents during which anarchists blend in with peaceful protesters to incite violence before changing into all-black clothing, sources said.

The “Officer Safety Alert” also said that anarchists could listen in on police communications and stash rocks on rooftops to hurl at cops.

In addition, the NYPD said that the homes of police brass could be targeted, as could patrons of Upper West Side restaurants — as happened Saturday in Pittsburgh, where diners were subjected to profane insults and one demonstrator even swiped a drink off an outdoor table.

Following her arrest on charges of felony rioting and misdemeanor possession of graffiti instruments, Kraebber was released with a summons to appear in Manhattan Criminal Court on Dec. 3.

Calls to both of her homes weren’t answered and emails sent to her parents weren’t returned Friday.

Sat Sep 12 , 2020
The economic reforms of 1991 opened the Indian economy to the global business for the first time. The year was also tumultuous as it saw the collapse of the Soviet Union, an event that caused great economic stress to the Russian business ecosystem. Around the same time, in 1993, Hardesh […] 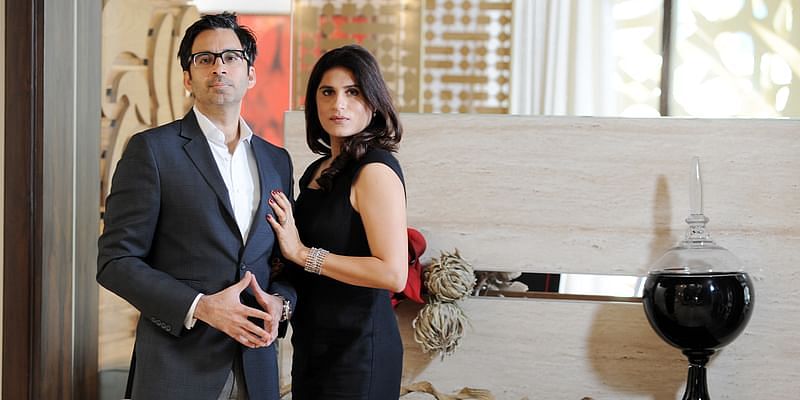