Two people have been arrested after a woman accused them of stripping her home of its interior while they were supposed to be watching it, an affidavit said.

On July 1, the homeowner called Alamo Heights police to report that her surveillance cameras caught 40-year-old Michael Robles and 41-year-old Monica Caban taking property, including cabinets and granite counter tops, from her residence, the affidavit said. Robles and Caban were supposed to be house sitting while she was in Australia.

The homeowner attempted to call the house sitters, but she said they ignored her.

Police showed up to the home on July 1 but said they could not verify who owned the property that was removed. On July 13, the homeowner finally provided digital proof that the property was hers.

FIND OUT FIRST: Get San Antonio breaking news directly to your inbox

By that time, Robles and Caban had removed granite counter tops, the oven, all interior doors, washer, dryer, window blinds and even cabinets, the affidavit said. In the affidavit, Police described the house as completely empty and “all items whether nailed down, attached to piping or installed by other means have been removed” and that it was “a shell house in dilapidated and unlivable condition.”

The defendants also attempted to remove windows and an AC unit on the side of the house with a makeshift scaffold, according to the affidavit. Police requested a work-order with the city to halt the removal or any more items from the home.

The affidavit does not say if the homeowner knew the defendants before hiring them or where she found the two to house sit.

The Return of Home Renovations

Sun Jul 26 , 2020
Protocols from Orsid New York, a property management company, call for contractors to pick up and sanitize any Masonite (a floorboard mainstay of construction sites) at the end of the day, and to let building superintendents know when they’re leaving for the day. “That way the staff will know to […] 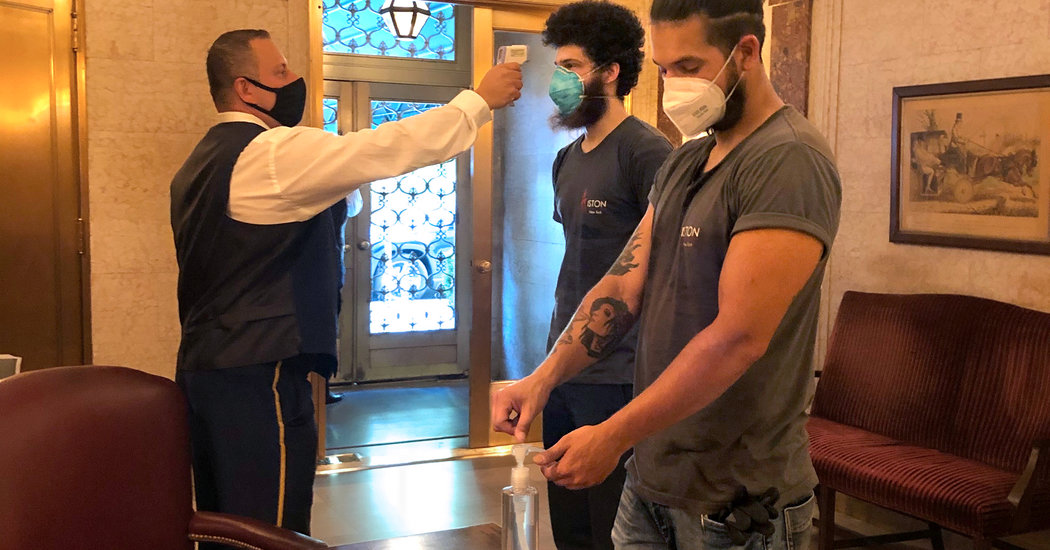