Skip to content
The document signed by Interior Secretary David Bernhardt would open up the entire 1.56 million-acre area of the refuge’s Coastal Plain, home to herds of caribou, and polar bears. The whole refuge is 19.3 million acres.

According to the Associated Press, the first leases for oil and gas drilling are to be handed out by the end of this year. Bernhardt says he and advocates such as Republican Gov. Mike Dunleavy say the step is long overdue and that any drilling will be done without harming wildlife.

“Congress directed us to hold lease sales in the ANWR Coastal Plain, and we have taken a significant step in meeting our obligations by determining where and under what conditions the oil and gas development program will occur,” Bernhardt said in a statement.

The reality is a bit more than Congress directing the Interior Department to hold lease sales, though. Congress approved the program in 2017, when both the Senate and House of Representatives was controlled by Republicans. And they all voted in line with President Donald Trump’s mandate to make the U.S. energy independent.

Jan Reurink from Netherlands (CC BY 2.0)

Truth be known, Congress gave the region federal protection in the 1980s. In Trump’s own words at the House and Senate Republican Member Conference in West Virginia in 2018, he said:

“And ANWR, one of the great potential fields of the world. I never appreciated ANWR so much. A friend of mine called up in that world, in that business and said “is it true you’re thinking about ANWR?”

He said, “are you kidding? You know that’s the biggest thing by itself. Ronald Reagan and every president has wanted to get ANWR approved.”

It was amazing how that had an impact. That had a very big impact on me, Paul [Ryan, I assume]. I didn’t really care about it, but then when I heard everybody wanted it for 40 years, they’ve been trying to get it approved and I said, “make sure you don’t lose ANWR.”

The bottom line is simple – Trump wanted the ANWR simply because it was available. He didn’t even think about the negative impacts to the environment – not as long as it suited his purposes. Critics say drilling in the refuge could harm animal species and could also negatively impact the landscape itself, reports The Hill.

“This plan will not only harm caribou, polar bears, and other wildlife, it is foolish in the face of rapidly advancing climate change,” said a statement from Center for Western Priorities executive director Jennifer Rokala.

“Oil companies will have to harden their infrastructure to withstand melting permafrost and rising seas, leading to an even greater impact. Essentially, Bernhardt is approving a plan to despoil America’s wildest landscape for oil that we will be using less of in coming decades, all for the benefit of his former and future clients,” she said, referring to Bernhardt’s former job as an oil lobbyist.

There are already plans to see the Trump administration in court over this situation. “The Trump administration’s so-called review process for their shameless sell-off of the Arctic Refuge has been a sham from the start. We’ll see them in court,” said Lena Moffitt with the Sierra Club’s Our Wild America campaign.

“Our climate is in crisis, oil prices have cratered, and major banks are pulling out of Arctic financing right and left,” Adam Kolton, Executive Director at Alaska Wilderness League, said. “And yet the Trump administration continues its race to liquidate our nation’s last great wilderness, putting at risk the indigenous peoples and iconic wildlife that depend on it.”

Rumi’s Kitchen Brings Persian Plates and a Reputation for Quality to D.C.

Sun Aug 30 , 2020
At Rumi’s Kitchen, the Persian restaurant opening today near Mt. Vernon Square that’s already recognized as one of Atlanta’s top dining attractions, chef and owner Ali Mesghali measures success in 10-pound sacks of rice. Before the COVID-19 pandemic, each of the two Rumi’s locations in Georgia would go through about […] 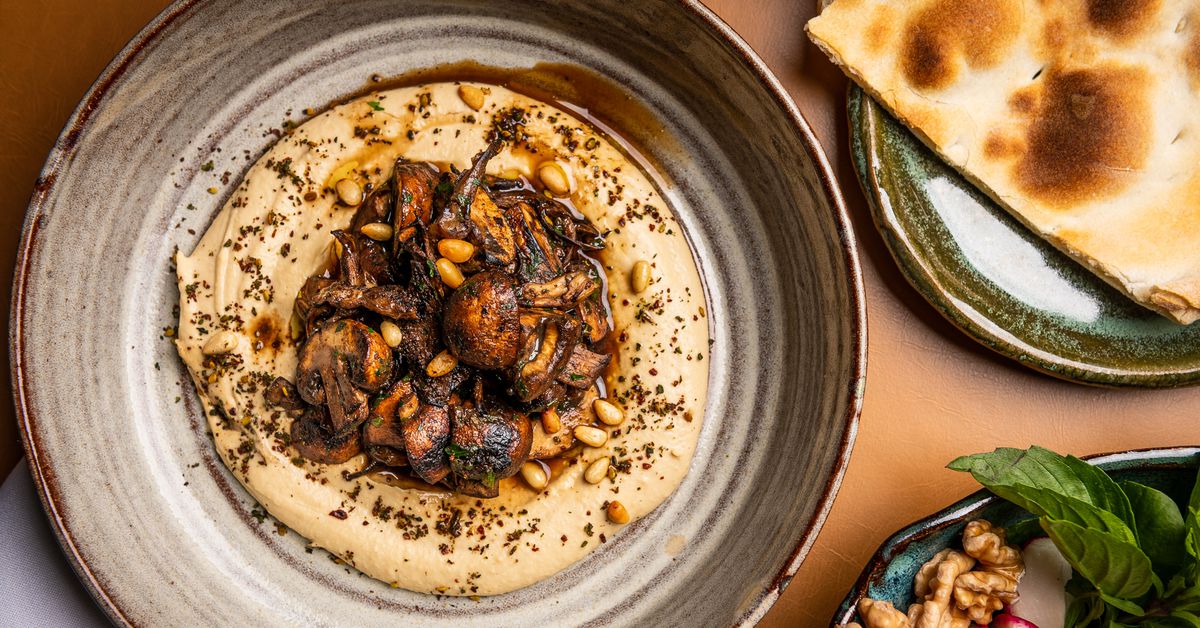