TORONTO —
The red carpets are rolled up and in storage and the lineups outside the Bell TIFF Lightbox, usually a hotbed of activity in early September, have slimmed but there is still plenty of activity at the Toronto International Film Festival this year.

With the usual distractions taken out of the mix, the George Clooney sightings, parades of limousines and the star gazing gossip, the focus this year has been on the movies.

I’ve been streaming the fest’s picks at home and here’s a rundown of my personal highlights from the most unusual TIFF ever.

OPENING NIGHT FILM: Jonathan Demme’s “Stop Making Sense,” his movie of an iconic a 1983 Talking Heads live show is considered one of, if not the greatest concert films of all time. Elegant and exciting, it made everything before it seem old fashioned and everything that came after feel like an imitation. What “Stop Making Sense” was to the 1980s, a new concert film also starring Talking Heads frontman David Byrne is to these uncertain times. “American Utopia,” directed by Spike Lee and now playing on HBO Max, is a joyful film about everything from protesting injustice and police brutality to optimism and the celebration of life. It’s got a good message and you can dance to it.

THE BREAKOUT FILM OF THE FIRST WEEKEND: Just as Fern (Frances McDormand) cuts herself off from the norms of regular society, “Nomadland” is not tied to traditional storytelling structures. Its unhurried 107-minute running time is leisurely, not plot driven but utterly compelling. Director Chloé Zhao follows the widowed Fern as she leaves Empire, Nevada, a small company town now bleeding residents after the closure of the U.S. Gypsum Corporation factory. So many people have fled to greener pastures that the post office discontinued the local zip code. Leaving all that she has known behind, Fern loads up her beat-up old van and hits the road, crisscrossing America looking for seasonal work at every stop. She’s not homeless, just unencumbered, solo but not solitary. Along the way she discovers a community of fellow nomads, people who teach her the ropes of life on the road. Here’s what I learned: If you have bad knees you need a taller bathroom bucket for your van.

BEST ENSEMBLE: “One Night in Miami” began life as a stage play by “Star Trek: Discovery” staff writer Kemp Powers, who also penned the movie’s script. It takes the form of a conversation between Cassius Clay (Eli Goree), who had not yet officially changed his name to Muhammad Ali, and his three closest friends, mentor Malcolm X (Kingsley Ben-Adir), hit maker Sam Cooke (Leslie Odom Jr.) and athlete Jim Brown (Aldis Hodge). As such, there’s a theatrical feel to director Regina King’s staging of the scenes, most of which take place in the hotel room. She has opened up the play, adding new locations and a series of vignettes at the beginning of the film, but this isn’t about action, it’s about the verbal fireworks of Powers’ script and authoritative performances. It’s a snapshot of the cultural importance of this quartet; a history lesson made even more potent in the era of Black Lives Matter. “Power,” says Clay, “is a world where it’s safe to be ourselves.”

AWARD SEASON PERFORMANCE: “The Father” is a sensitively made portrait of a failing mind anchored by a towering, emotional performance from Anthony Hopkins. The Oscar winner has made a career playing characters etched in ice; cool and collected. Here we see the vulnerable side, the lion in winter slowly losing himself to the vagaries of disease. It’s a tour de force of a performance that is often a difficult watch but his control of the character, particularly in the film’s final heartbreaking moments, as his real and illusory lives intersect, is astonishing.

BEST VILLAIN: In “I Care a Lot” Rosamund Pike revisits the cold and calculating character that won her raves in “Gone Girl” but ups the ante to plumb the depths of depravity to play Martha Grayson. To describe the predatory Marla as a shark does a disservice to Great Whites. “Playing fair. Being scared, that gets you nowhere,” she says. “That gets you beat.” Seemingly born without a heart, she masks her viciousness with a veneer of professionalism and her well-practised mantra of “I care, a lot.” Pike is clearly having fun here playing cold and calculating, but never resorts to the usual villain schtick. Her composure is disarming but, like an Oleander bloom, cut her and she bleeds poison.

BREAKOUT PERFORMANCE: “Beans,” the directorial debut from “Anne with an E” and “Mohawk Girls” producer Tracey Deer is the coming of age story of Tekehentahkhwa, a 12-year-old Mohawk girl during the violent 78-day standoff between two Mohawk communities and government forces during the Oka Crisis in 1990. As Tekehentahkhwa, who everyone calls Beans, Kiawentiio hands in a breakout performance as a tween forced to grow up fast in a charged atmosphere of violence and racism. It’s accomplished, confident work that gives the movie a great deal of its heart and soul.

FOR THE BIRDS: “Penguin Bloom” is the based-on-a-true story of a woman paralyzed after a fall during a Thai family vacation. When her kids bring home an injured magpie, nicknamed Penguin because of her black and white colouring, she doesn’t want the bird in the house. Soon, however, Penguin becomes a guardian angel of sorts, giving Sam companionship and inspiration. If the bird can heal herself, Sam reasons, so can I. “Penguin Bloom’s” story of struggle and survival, both human and avian, is predictable but just as Penguin learns to take to the skies through trial and error, the film takes some wrong steps and ultimately makes your spirit soar.

EXHAUSTING AND EXHILARATING: “Pieces of a Woman” begins with happy, loving couple Martha (Vanessa Kirby) and Shawn (Shia LaBeouf) on what should be one of the best days of their lives. In the scene, shot mostly in long intimate takes, Martha is in labor, minutes away from giving birth to their daughter. With their midwife indisposed a replacement named Eva (Molly Parker), unfamiliar with their case, is sent in her place. By the end of the twenty five-minute pre-credit sequence tragedy has struck, and their lives are forever changed. “Pieces of a Woman” isn’t an easy watch but the performances are raw, real and uncomfortable that exhaust and exhilarate in equal measure.

Tue Sep 15 , 2020
I was grabbing a couple of sausage biscuits, and witnessed a couple of old codgers arguing over their coffee. One was a bit on the heavy side, with wild hair and a loud voice. The other was silver-haired, more soft-spoken, and would occasionally seem to lose his train of thought. Both […] 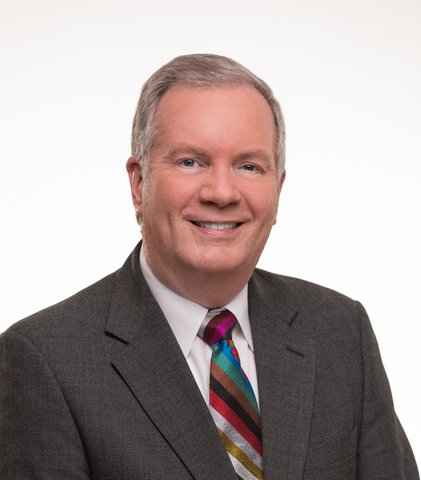