The Duke and Duchess of Sussex have bought their first home together, relocating to Santa Barbara in California. The couple – who had been temporarily staying at friend Tyler Perry’s house in Los Angeles during lockdown – have now officially moved into their first permanent residence since leaving the UK earlier this year.

A representative for the couple has confirmed the news, explaining that Harry, Meghan and Archie have been living in the new property for over a month.

“The Duke and Duchess of Sussex moved into their family home in July of this year,” the source said. “They have settled into the quiet privacy of their community since their arrival and hope that this will be respected for their neighbours, as well as for them as a family.”

The home is located in Montecito, about two hours north of Los Angeles, which is where Meghan’s mother Doria Ragland lives, and is where Meghan grew up. According to Variety, the new home is an impressive Mediterranean-style house, which was built in 2003.

According to the publication, it boasts; a library, gym, separate wet and dry saunas, an elevator, arcade, game room and home theatre, as well as “a detached guesthouse with two bedrooms and bathroom” and “a full-size tennis court, lap-lane swimming pool, and a notably elaborate built-in children’s playset”. Altogether, the property has nine bedrooms, 16 bathrooms and totals around 19,000 square feet. It is said to have cost them around $14.7 million (about £11.3 million).

Although Santa Barbara is a notoriously quieter area to be living in compared with Los Angeles, the royals will still have plenty of famous faces as neighbours. Celebrities including Ellen Degeneres, Ariana Grande and Oprah all live in the area.

This Montecito property marks the first permanent home for Harry and Meghan since relocating from the UK to North America at the beginning of this year. The royal couple initially spent some time in Canada, before moving to Los Angeles and now settling in Santa Barbara.

In need of some at-home inspiration? Sign up to our free weekly newsletter for skincare and self-care, the latest cultural hits to read and download, and the little luxuries that make staying in so much more satisfying.

Thu Aug 13 , 2020
These videos show how Pakistanis are creatively turning these challenging times into those of opportunity and inspiration. The first three films take home Rs250,000, Rs200,000, and Rs120,000 as prize money respectively. First Prize — Unbound Breath Becoming a doctor in Pakistan isn’t easy, especially when you’re a woman from a […] 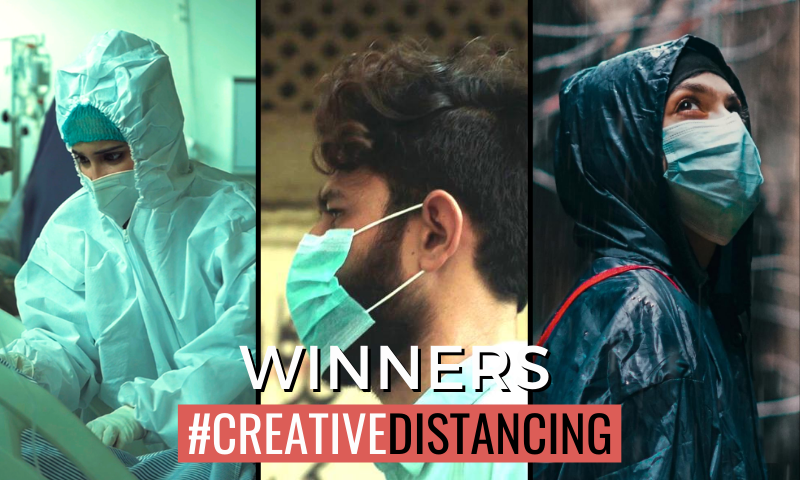