If you’re desperate for a holiday, but reluctant to venture too far, find inspiration in this collection of beautiful beach cottages around the UK. With sea and sand views as standard, there’s plenty to restore your faith in the humble staycation.

© Provided by The Independent


There aren’t too many UK homes (certainly at this price) that are on their own private island, accessible only by footbridge. Sat high above Towan Beach, you get uninterrupted views of the Atlantic and luscious gardens, while the interiors are super chic and include your own private bar. You can choose your own flag and raise it on the pole to let your fellow housemates know dinner is ready without having to go down to the beach to tell them – a nice touch. One dog welcome. Sleeps six in three bedrooms.

From £1,306 for a long weekend or mid week break (25 per discount for lower occupancy)

Located in the most northerly fishing village in Wales, and in an Area of Outstanding Natural Beauty, this white-washed cottage overlooks farmland to its front and a sandy beach to its rear. You can hop straight onto the Anglesey coastal path where you’ll find seals, peregrine falcons and choughs. A little further and you’ll discover Plas Newydd, the former home for the Marquess of Anglesey, with stunning views of Snowdonia. With all three bedrooms enjoying sea views, you’ll be tempted to keep your curtains open for the glorious dawn views the next morning. No dogs. Sleeps four.

Contemporary, swanky and expensively appointed, this large four-bedroom beach home has been designed with floor to ceiling glass both up-and-downstairs to make the most of the sea views. There’s a spacious outside area leading right onto the beach, well-equipped kitchen, log burning stove and a wow-factor double shower wet-room, plus nice touches like Egyptian cotton sheets. Camber beach is a whopping three miles long and boasts the only sand dunes in East Sussex. Two dogs welcome. Sleeps eight.

This family abode is genuinely remote and quiet (no drones or jet-skis are allowed in the whole area), despite only being 36 miles from Edinburgh. Enter via a secret smuggler’s tunnel and cross the beach into a small but lovingly and creatively designed home with vibrant blues and greens. There’s a double room, second bedroom with bunk beds and a lounge and dining area with wood burner, plus, a teeny-tiny but well-equipped kitchen. Dogs upon arrangement. Sleeps four.

Thought to date from the late 18th century, this two-bedroom house is built on the site of an original fort, created to defend the coast during Napoleonic times. After serving as two fishermen’s cottages, it became a single holiday home in the 1930s, though nowhere near as sumptuously decorated as it is now – all with vintage coastal touches. We love the quirky sloping floors and furniture including an antique bass drum coffee table. Everything is high end – White Company bedding, Farrow & Ball painted walls, for example – while the views of the rugged coastline are to die for. No dogs. Sleeps four.

You’ll know you’ve hit the jackpot as soon as you walk in the front door of this spectacular California-style cottage with open plan living and coastal themed, luxury interiors. Everything is light, bright and airy and the garden is literally a fenced off section of the beach. We spent the daytime playing rounders on the beach and using the kayaks provided, then jumped straight in the hot tub before lighting up the BBQ and enjoying a glass of wine on the deluxe outdoor furniture. The front two (of five) bedrooms enjoy dramatic views. One dog welcome. Sleeps 11.

You get all the mod-cons with this contemporary beachfront home – underfloor heating, Sonos sound system in every room complete with Spotify account, electronic blinds and even a cinema room with surround sound. It’s located right on the coastal path and one of our favourite pubs, The Zetland Arms, is just a short stroll away, while beautiful Deal is a pleasant 40-minute walk along the coast. Sleeping 10, over four floors and with seemingly infinite bathrooms, this is five star beach-front living. Two dogs welcome.

Located where the New Forest meets the Solent, guests can enjoy the best of both worlds – woodland and beach. The garden blends into the dunes of a semi-private beach which is hard for the public to access by foot or car, keeping it nice and quiet. Inside, it’s cosy, yet stylish, with a real sense of home – lots of character, quirky features and sea views from all five bedrooms. In the 18th century, this was an old smugglers’ inn and was one of the only places on the Hampshire and Dorset south coast where boats could dock and unload their contraband. Two dogs welcome. Sleeps nine.

The exterior alone will draw you to this magical beach house, which is located next to one of Cornwall’s best surfing beaches. Complete with hot tub, communal rattan seating and a top notch BBQ, you won’t even need to step inside for luxury touches. Not that the interiors disappoint. Favourite areas include the unusually laid-out open plan kitchen and dining area, cartoon-themed games room, lounge with wood burner and master bedroom’s hydrotherapy bath, while the huge windows offer views for days. Two dogs welcome. Sleeps 10.

This converted, three-bedroom farm cottage is modern, comfortable, cosy and both child and dog friendly. Stepping out the front door offers views of countryside on one side and an expansive, quiet sandy beach on the other. The local Ship Inn is a two-minute walk away and the nearby village of Low Newton is worth a visit too, and one of the most attractive in Northumberland. If you’ve got time, visit Dunstanburgh Castle, a beautiful two-hour walk or a 15-minute drive away. Two dogs welcome. Sleeps eight.

Originally a hotel, this sun-drenched five-bedroom, four-bathroom house is perched on the cliffs above St Leonards-on-Sea, and offers magnificent sea views, especially from the well-maintained sundeck complete with hot tub. Decor is modern and the vibe is homely, but be warned that it’s road parking only on a first come, first served basis. If that doesn’t bother you, this three-story home is a gem for larger get-togethers. No dogs. Sleeps 11 – or 13 if you also rent the one-bedroom apartment on the same road.

This bijou 19th century two-bedroom cottage, once home of the lighthouse keeper and his family, is bang next door to the iconic candy striped Souter Lighthouse, the first in the world to be powered by electricity. Climb its 76 steps to explore the view from the top and learn more about the life of a lighthouse keeper and ghosts of industry past. You get two and a half miles of the Leas on your door-step, including wave-cut magnesian limestone cliffs and coastal grassland. Inside is comfortable and homely, with a garden and sea views. Newcastle is just 15 miles away, but you’d never know it. Two dogs welcome. Sleeps four.

You’ll find this old coastguard station in one of Yorkshire’s most charming seaside villages and it’s close enough to the sea that you can hear the waves lapping against the sea wall when the tide’s in. The one-bedroom holiday home takes up the second floor and while decor couldn’t be described as deluxe, it’s perfectly adequate and provides fabulous views – just the ticket for a couple seeking a break by the sea. The fishing village forms part of the beautiful Heritage Coast of the North Moors National Park and dates back to the 17th century, while Whitby is a six-mile coastal walk away. No dogs. Sleeps two.

This quirky former fisherman’s cabin serves as a surprisingly spacious chalet for two people in the Marrams. There’s a laid-back vibe with eclectic, tasteful and vibrant interiors. French doors from the dining room lead straight into the garden, where there’s a path over the dunes onto the sandy beach, and there’s outdoor seating in the veranda at the front. It’s ideal for a tranquil get-away and feels a world away from Cromer and Great Yarmouth. The village has a shop, post office and two pubs. Two dogs welcome. Sleeps two.

If you’re after golden sands that stretch for miles, you’re in the wrong spot; the beach here is a mix of sand, shingle and mud, backed by a grassy bank. But this pretty, non-touristy northern coastal village boasts plenty of birdlife and spectacular sunsets over the estuary, not to mention a glorious mountainous backdrop. Small sailing boats are often moored in front of the restored red brick Victorian cottage, which is just a few steps to the shoreline. No dogs. Sleeps three adults or two adults and two small children.

You don’t get much closer to the beach than this, which means spectacular sea views, the smell of sea air and the sounds of waves to send you to sleep. Inside, it’s kitted out like a five-star hotel, but with a home-from-home vibe and includes three en-suite bedrooms, an outdoor terrace and – our favourite – the freestanding bathtub positioned by the window with views right across the golden sands. It’s right on the South West Coast Path and close to lots of foodie hotspots. No dogs. Sleeps six.

This romantic bolthole was originally a stone and corrugated iron cable hut housing the first telephone lines laid across the Atlantic Ocean. When the station was later abandoned, it stood derelict for years, until the current owners visited from London and decided to resurrect it. Located between the beaches of Abermawr and Aberbach, it is now a lovers’ retreat that’s truly isolated. We love the industrial style decor and luxury touches. No dogs. Sleeps two.

There are 39 of these charming cottages perched on the cliff top just a short stroll down to the famous Fistral Beach and South West Coast Path. Available with one, two or three bedrooms, they are cosy and dog friendly, plus you get to enjoy all the hotel’s five star facilities, of which we recommend Samphire restaurant and the spa treatments (there’s also a swanky new aqua club opening this summer). Bag one with a sea view if you can – only 40 per cent have them. Dogs welcome.

Three nights from £330 (based on a one-bedroom cottage)

Fri Oct 2 , 2020
Prince Harry and Meghan Markle became parents for the first time on May 6, 2019, when they welcomed little Archie Harrison. But since the couple left the Royal Family earlier this year, updates on their son have been scarce. However, the Duke of Sussex gave insight to his plans for […] 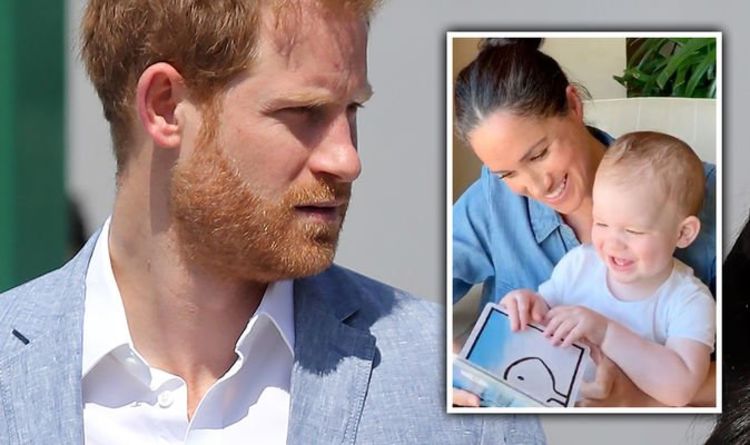