Fans of the HBO show “Deadwood,” which ended a three-season run in 2006, are finally being rewarded with new content—“Deadwood: The Movie,” premiering this Friday. The show and movie (set 10 years after the final season of the show) chronicle the world of rough and tumble gold-rush town Deadwood, South Dakota, in the late 19th century, following characters like Seth Bullock, Al Swearingen, Calamity Jane and Wild Bill Hickok.

What some viewers don’t know, though, is that these characters were real people and Deadwood is a real place. Though both the movie and the show were filmed in California, rather than South Dakota, critics lauded the series for its historical accuracy. The writers scoured historical material like newspapers and talked to local museums to get the proper timeline and setting for the shows. They followed the same process for the movie, but because the film is set later with the same characters, it’s likely to take more liberty with fictionalizing the town’s history.

Celebrate the movie’s release by taking a self-guided tour through sites in historic Deadwood tied to characters that you’ll recognize in the film. The city—a National Historic Landmark District on the state’s western border that is home to some 1,300 residents—is even hosting a special screening of the movie on May 31 at the Deadwood Mountain Grand resort.

This late-Victorian cemetery opened in 1878, overlooking Deadwood Gulch — the narrow and steep ravine that runs along the town — from a plateau. It was the official resting place for the town until 1938, and still is if your family owns a plot there (otherwise residents are buried in Oakridge Municipal Cemetery a mile away). A smaller cemetery existed before Mount Moriah in nearby Whitewood Gulch, and Moriah was meant to completely replace it. The first two buried in Mount Moriah in 1878 were James DeLong, a local miner who was killed when a giant mass of rock fell on him in the Pecacho Mine, and Yung Set, the first Chinese person to have a public burial in the city. In the 1880s, the Chinese community made up a large portion of Deadwood’s population, having originally come to the area to work in gold mines and on the construction of the Central Pacific Railroad.

Mount Moriah quickly became the burial place for Deadwood’s cast of outlaws, bandits and celebrities. Wild Bill Hickok, a well-known Wild West frontiersman and gunslinger, was buried at Whitewood Gulch after he was shot in a poker game at a saloon in town in 1876, but moved to Mount Moriah in 1879. Calamity Jane, a cowgirl known for her penchant for drinking, shooting and crossdressing, is buried next to him; a plaque by her grave says her dying wish was “Bury me beside Wild Bill”—and she was, against Hickok’s last wishes. The two had a brief friendship, and legend says she loved him but he didn’t in return. The grave of Seth Bullock, the first sheriff of Deadwood, is set off from the rest of the cemetery, up a steep hill overlooking a monument he built for his friend, President Theodore Roosevelt.

The Bullock Hotel opened in 1895 with three floors (each with a bathroom), 65 rooms and steam heat. It quickly became the height of luxury in the town. The hotel is still open today, now with 28 rooms and a 24-hour casino on the premises. According to legend, the ghost of Seth Bullock himself still roams the halls. Guests claim to have watched him walk through the halls and the cellar, smelled his cigar smoke, and even seen his reflection in mirrors and his name written on a wall in water. It’s apparently so haunted that “Unsolved Mysteries” did a segment on the show in the 1990s.

In 1874, Horatio Ross, a soldier on an expedition with General George Custer, discovered gold in nearby French Creek, launching a gold rush to the area that helped develop and populate the town. Four years later, business partners Olaf Seim and James Nelson arrived in Deadwood and dug Seim’s Mine—the property that would become today’s Broken Boot Gold Mine. The mine was profitable, but not because of gold. Seim and Nelson were only able to gather about 15,000 ounces of the stuff in the 26 years it operated. They actually made all their money from fool’s gold, or iron pyrite, which was also found in the mine and used to make sulfuric acid. But neither metal could sustain operations, and the mine closed in 1904.

In 1954, Olaf Seim’s daughter Seima Hebert, who owned the mine, leased it to a group of Deadwood businessmen who wanted to turn it into a tourist attraction. They found an old miner’s boot during the renovation, prompting them to rename the property Broken Boot Gold Mine. Today, visitors can learn about the Black Hills Gold Rush that founded Deadwood, tour the tunnels and pan for (fool’s) gold.

The Adams House and Museum

W.E. Adams was a pioneer businessman, a six-term mayor of Deadwood, and deliciously wealthy. In 1920, he purchased a Queen Anne-style mansion built in 1892 by pioneers Harris and Anna Franklin, complete with stained glass windows, hand-painted canvas wallpaper, plumbing, electricity and a phone. The house (now known as the Adams House) quickly became the epicenter of Deadwood’s rich and famous—Adams and his wife hosted parties with full orchestras and guest lists chock full of influencers. Seth Bullock and his wife attended a party there at least once, gifting the Adams couple a pair of silver candelabras with onyx bases. W.E. died in 1934 and his wife left the home, leaving everything intact. It sat for 50 years before the Deadwood Historic Preservation Commission bought it and converted it into a museum.

Nearby, in 1930, Adams opened the Adams Museum, to help document and preserve the history of Deadwood. The three-floor museum is the oldest history museum in the Black Hills and has artifacts of some of Deadwood’s most famous residents. Some highlights include two now-stuffed dogs that arrived in Deadwood with Hickok’s wagon train, the cards Hickok was holding when he was shot, a portrait of Calamity Jane and a N.C. Wyeth sketch of Hickok.

Nuttall and Mann’s Saloon No. 10

On August 2, 1876, Jack McCall walked into Nuttall and Mann’s Saloon No. 10 and shot Wild Bill Hickok in the back of the head, killing him instantly. The two had met the night before—McCall, a snub-nosed, thick-haired local no one really knew much about except that he loved to drink, joined a game with Hickok and lost horribly, ending the evening completely broke. Hickok gave McCall some money for dinner and some advice about playing poker, and the two parted ways. The next day, Hickok went back to the saloon to join another game. He wanted to sit facing the door as he usually did, but no one would move for him, so he sat with his back to it against his better judgment. McCall arrived later and shot Hickok, shouting, “Damn you, take that!” He tried to flee but was caught outside the saloon and tried in a “miners court,” a trial with no legal standing. He was found innocent. McCall immediately left Deadwood, but continued to brag about killing Hickok wherever he went—eventually being arrested for the crime and sentenced to death.

Nuttall and Mann’s sadly no longer exists—it burned down in 1879 with much of the downtown area. A new Saloon No. 10 has operated since the 1960s across the street from the original spot, now occupied by a bar, boutique and ice cream parlor called Wild Bill’s Trading Post. A commemorative sign outside the trading post marks the location of Hickok’s murder. Jack McCall’s trial is reenacted in a family-friendly play, aptly called “The Trial of Jack McCall,” that unfolds in front of Saloon No. 10 and then at the Historic Masonic Temple on Main Street every Monday through Saturday night from May to September. Performances began in the mid-1920s and have continued ever since, making it one of the longest running plays in the country.

Seth Bullock and the Society of Black Hills Pioneers built the Friendship Tower, also known as Mount Roosevelt, in 1919 as a monument to Bullock’s friendship with Teddy Roosevelt. The two met on the road in the mid-1880s while Bullock was arresting a horse thief—though the actual year they met is a bit muddy, since Bullock liked to add his friend into stories whether he was there or not. Their friendship grew during the Spanish-American War, and by 1900, Bullock was campaigning with Roosevelt. Once Roosevelt became president, he appointed Bullock superintendent of the Black Hills Forest Reserve and United States Marshal for South Dakota. Roosevelt died in January 1919, and the 35-foot-tall rock-hewn Friendship Tower opened in July of that year. Three months after it was officially dedicated, Bullock, then 70 years old, died. The tower underwent stabilization improvements in 2010, making it safer for visitors to climb the stairs to the top and see the great views of the Black Hills and Deadwood Gulch. It’s been listed on the National Register of Historic Places since 2005. 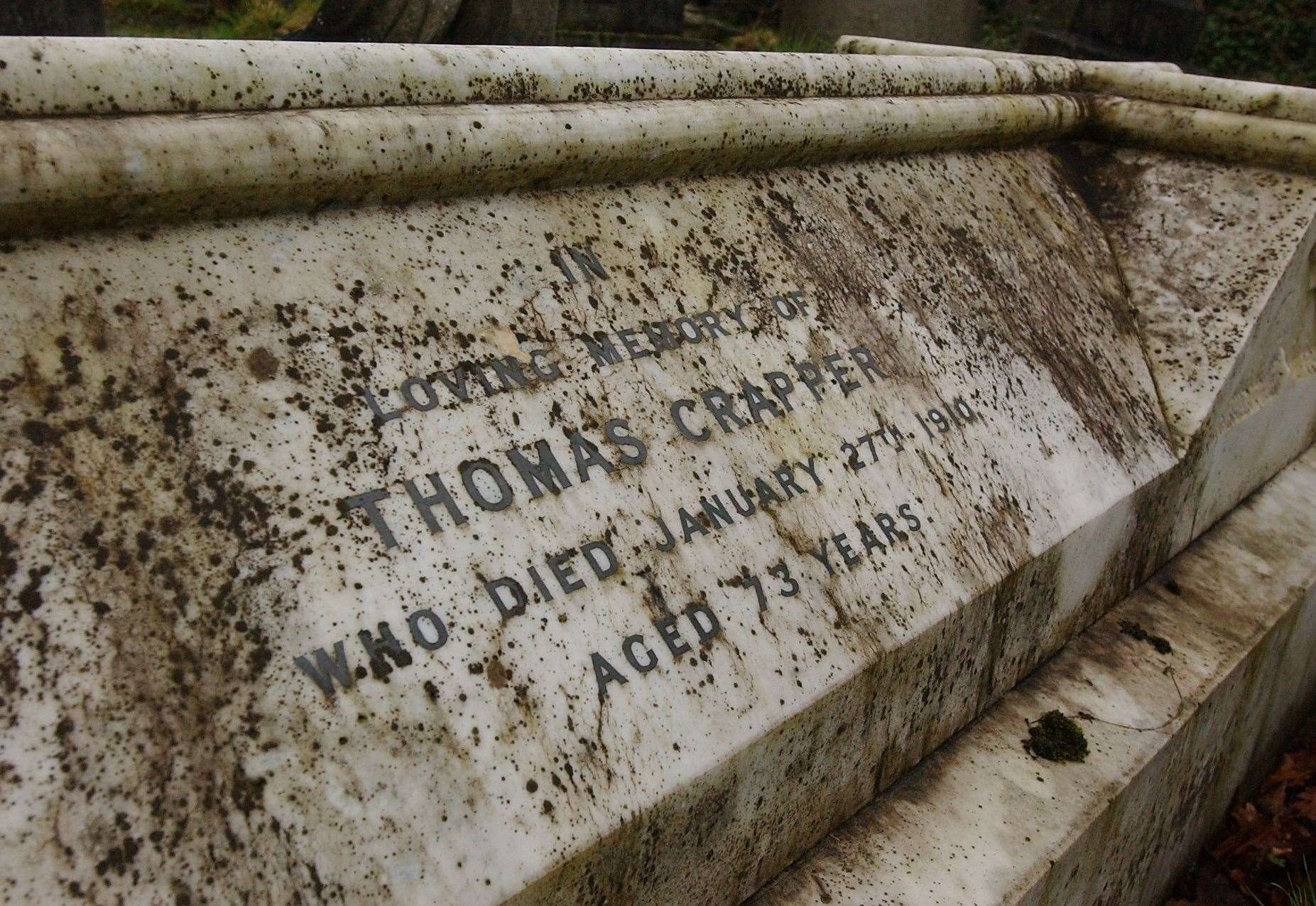 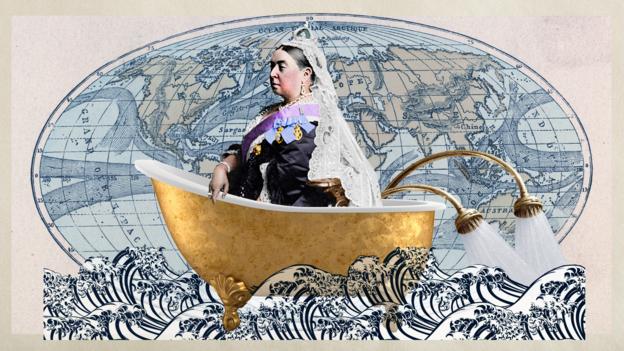 The peculiar bathroom habits of Westerners