JERUSALEM (RNS) — Four times a year for the past 10 years, Zohar Ginsberg has flown from Israel to Ukraine to pray at the grave of Rabbi Nachman of Bratslav, the founder of the Breslov Hasidic movement.

Especially meaningful were his visits during Rosh Hashana, the Jewish new year, when tens of thousands of the rabbi’s mostly Haredi (ultra-Orthodox) followers flock to his grave in the city of Uman in central Ukraine.

So, in August, when the Ukrainian government announced Israelis should not go to Uman because of the threat of coronavirus, Ginsberg rushed to book a flight before Ukraine closed its borders. By mid-September, Ukrainian border guards had blocked the entry of hundreds of Hasidim at the Belarus-Ukraine border, The New York Times reported.

“I’ve been praying at the rebbe’s grave for 10 years straight, and I didn’t want to stop now,” Ginsberg said, speaking from Uman. “Although God hears our prayers throughout the year, it is said that during Rosh Hashana our prayers are heard even louder. I’m sure it’s much more important than corona or anything like that.”

In Israel, holy to Jews, Muslims and Christians, the debate over whether citizens have a right to congregate for prayer in the midst of a pandemic has been ongoing since March, when officials shuttered every church, mosque and synagogue in the country to thwart the virus’s spread.

Although the country reopened in May, albeit with restrictions, the religion vs. health debate has taken on new urgency this month as the rate of coronavirus cases has soared.

Between 4,000 and 5,000 people per day are testing positive for the virus, and more than 1,000 have died, according to the Ministry of Health.

The government has announced a second lockdown, which will begin on Friday evening (Sept. 18), just hours before the start of Rosh Hashana. The three-week shutdown, which requires Israelis to stay within a 500 meter radius of their homes, is timed not only to take advantage of the slow pace of the High Holiday period, but is also an acknowledgment that crowded religious institutions were a coronavirus breeding ground this past winter.

However, for many Jewish Israelis, the severe restrictions on the number of worshippers who can pray communally inside and outside a synagogue comes as a huge disappointment, depriving them of the spiritual experiences they cherish during the holiest time of the year.

“For Jews who pray in synagogue every day or every week or even just during the holidays, this decision is very difficult,” said Rabbi David Stav, chairman of Tzohar, the largest rabbinical organization in Israel. Ultra-Orthodox Jews socially distance and wear face masks during a morning prayer next to their houses, as synagogues are limited to 20 people after the Israeli government’s measures to help stop the spread of the coronavirus, in Bnei Brak, Israel, on Sept 8, 2020. Israel is struggling to contain an outbreak that has claimed more than 1,000 lives and remains at record levels of new infections. Cities with large ultra-Orthodox Jewish populations, like Bnei Brak, have been among the hardest hit. (AP Photo/Oded Balilty)

But Stav said the lockdown is a necessity.

But not all religious Jews in Israel are expected to be as compliant to the lockdown orders as Stav.

Officials in ultra-Orthodox cities in Israel told the newspaper Haaretz that they expect tens of thousands of Israel-based worshippers to ignore the lockdown, and the police will be unable to enforce mass closures.

“This lockdown will be more for the non-religious,” one official said. “For the Haredim, life will continue on as usual.” He predicted there would be “serious violence” if the police stationed at synagogue entrances tried to prevent large prayer services.

“Rosh Hashana in the Hasidic areas is going to be one of the harshest plagues of the coronavirus,” the official concluded.

Gilad Malach, director of the Ultra-Orthodox in Israel program at the Israel Democracy Institute in Jerusalem, noted that Ya’acov Litzman, an ultra-Orthodox lawmaker, resigned this week due to the government’s decision to ban Israelis from taking the pilgrimage to Uman and to limit the number of people who can pray together in Israel.

Litzman’s resignation “reflects the very strong sentiment among the ultra-Orthodox community where there is currently a high level of distrust of government policies,” Malach said.

Haredi Jews “feel that they were singled out,” he said, and “discriminated against” by the government’s continuing limitations on the number of worshippers permitted indoors and outside houses of worship, while millions of secular Israelis have flocked to beaches and restaurants, and anti-government protesters held weekly large-scale demonstrations throughout the summer.

The fact that these demonstrations will be allowed to continue under the lockdown is fueling Haredi feelings of being singled out, Malach said.

For those, like Ginsberg, who managed to make it out of Israel and to Uman before the borders closed, they plan to continue observances at Nachman’s grave as usual — or almost as usual, anyway.

While the government views the men who fly to Uman as potential virus super-spreaders, Ginsberg said he and his fellow visitors can pray while abiding safety regulations.

Professor Benjamin Brown, from the department of Jewish thought at the Hebrew University, said it is not surprising Nachman’s followers put pilgrimages above concerns about the coronavirus.

Nachman, who died in 1810 at the age of 38, preached that people should live in faith, simplicity and joy, and that they should search for the righteous person within themselves.

Those who revere the late rabbi are “spiritual seekers.” Older generations risked life and limb to visit his grave, even during the darkest days of the Soviet regime, Brown noted.

“Their prayers are very intense, very elevated,” he said of the rabbi’s followers. “They immerse themselves in the nearby river or local ritual bath. Rosh Hashana in Uman is a spiritual Woodstock.”

Ginsberg concurs. “No Breslov Hassid would want to miss Rosh Hashana in Uman,” he said.

“Rabbi Nachman said that on Rosh Hashana, (God) can fix people who cannot be fixed at any other time.”

Wed Sep 16 , 2020
Tasmanian Timber brings home the experience of Australian nature with a beautifully created and meticulously refined line of products made from some of the most exquisite timbers available anywhere in the world. The focus on simple and sustainable materiality is more important than ever in the evolving industry, making Tasmanian […] 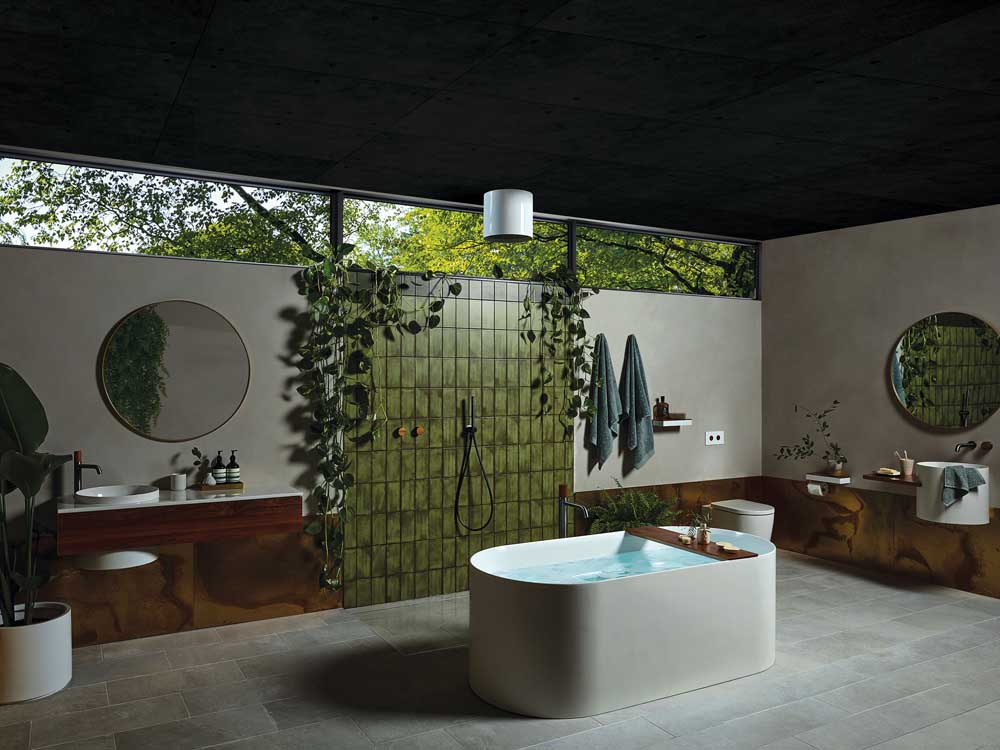