Sam Burgess made headlines in July when he revealed that Kanye West had called him ‘poor’ to his face at a London hotel five years ago.

And on Thursday, the former NRL star, 31, cheekily hit back at the American rapper by offering to send him a ‘care package for rich people’.

He told Fitzy & Wippa that his 4B clothing label – which he runs with his brothers, Luke, Thomas and George – was sending out free samples to the Stronger hitmaker. 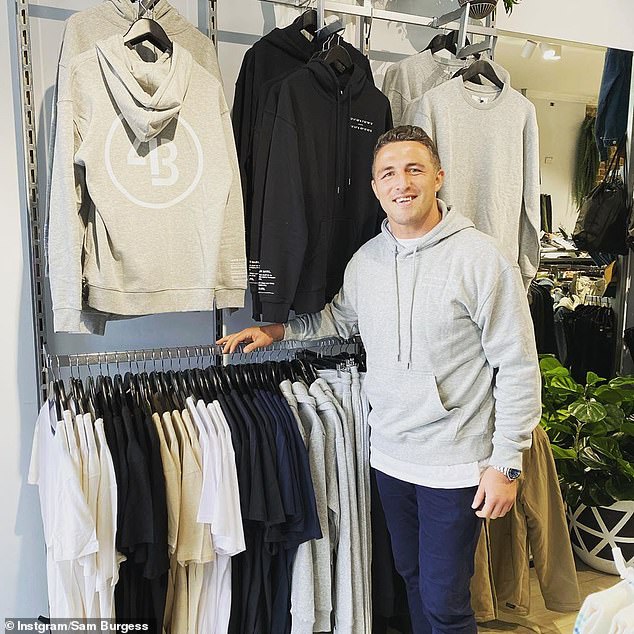 Having a laugh: Former NRL star Sam Burgess (pictured) has hit back at Kanye West for calling him ‘poor’ by sending the troubled rapper a ‘care package’

‘Funnily enough, me and my brothers are designing some clothes at the moment as well, and we’re trying to get a care package of our 4B label sent to Kanye,’ he said.

‘I’m thinking about writing to him saying, “Hey, here’s a care package, we design clothes for rich people like you,”‘ Sam chuckled.

The saga involving Kanye and Sam began two months ago, when actor Russell Crowe shared a surprising story about an encounter he’d witnessed between the two men at a London hotel in 2015. 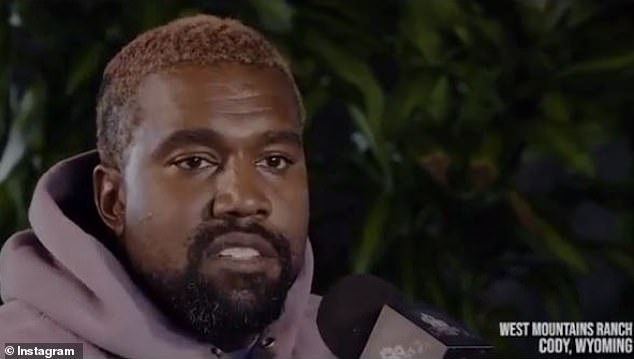 Care package on its way! Sam told Fitzy & Wippa on Thursday that his 4B clothing label – which he runs with his brothers, Luke, Thomas and George – was sending out free samples to Kanye

The Gladiator star, 56, claimed on Nova FM that Kanye, 43, had become annoyed with Sam for drunkenly singing along to his hit single FourFiveSeconds.

Days later, Sam appeared on the same radio program and confirmed that the meeting had indeed taken place.

The now-retired South Sydney Rabbitohs player also revealed several details that Russell had failed to mention – including that Kanye had called him ‘poor’ to his face. 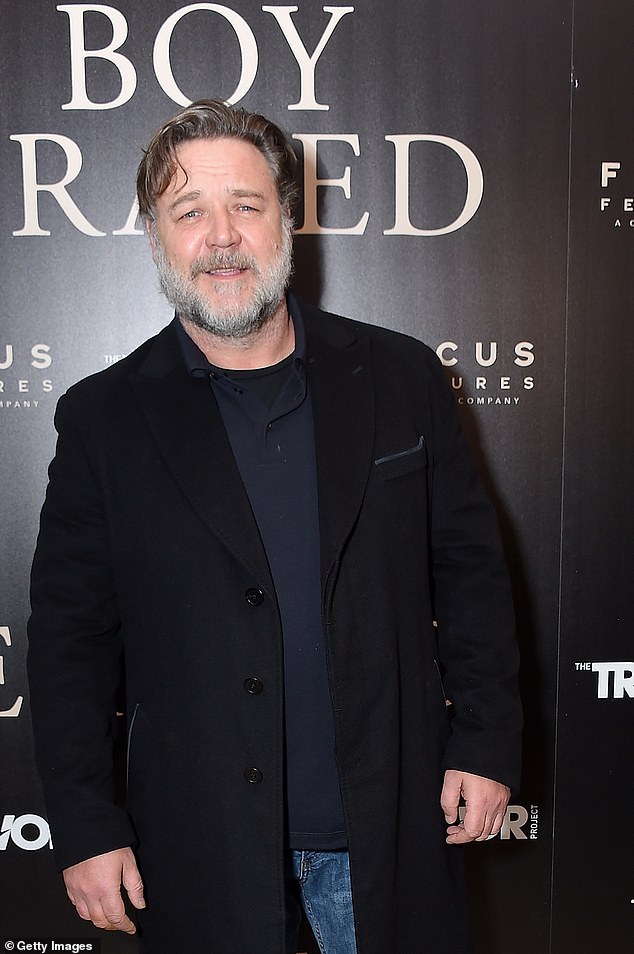 Witness: The Kanye and Sam saga began back in July, when Russell Crowe (pictured) shared a surprising story about an encounter between the two men. The actor claimed the rapper had become annoyed with Sam’s drunken behaviour during a chance encounter in London in 2015

The English sportsman said: ‘It was a weird night! I had driven from Bath over to the Dorchester [hotel] for a session with Rusty at China Tong down there and we were just sitting there and the drinks were flowing, as usual as they are with me and Rusty.

‘Kanye just walked in the room and sat down… I didn’t think it was Kanye at the start because he was so small. I couldn’t believe it!’

He said the Gold Digger star was showing everyone in the room his designs for Yeezy sneakers, and Sam asked him what his inspiration was. 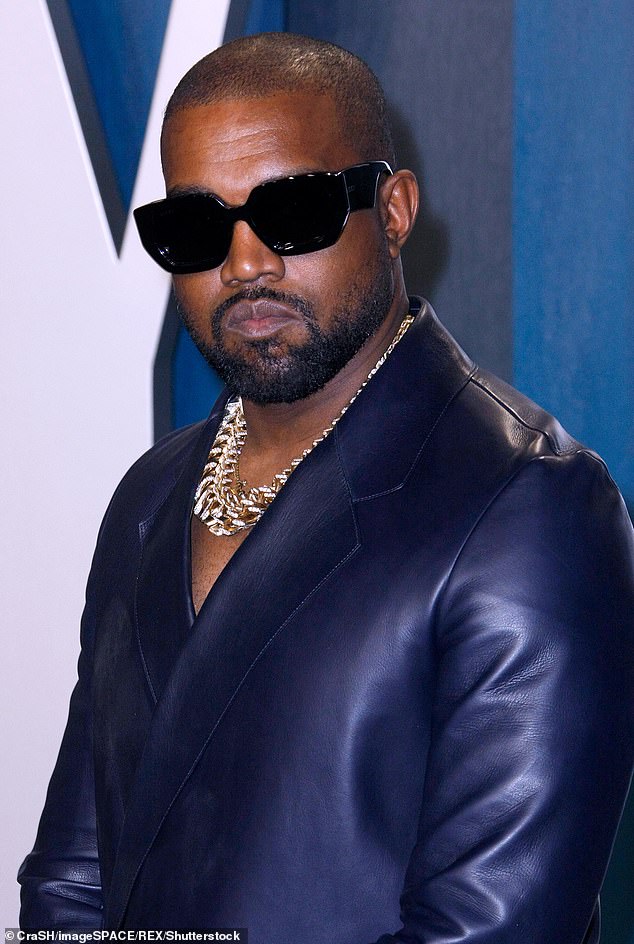 Who are you? Sam later confirmed the meeting did indeed happen, and said the Gold Digger hitmaker was showing everyone his designs for Yeezy sneakers. Sam apparently asked Kanye what his inspiration was, and he replied: ‘Oh, I’m making clothes for poor people just like you’

‘I was kind of chuffed that he called me poor. I thought, “Oh yeah, I’m a peasant! Come and eat dinner at my table if you want, Kanye. It’s fine!”‘

A source later told New Idea that Kanye had dismissed the footy star as poor simply because ‘he had no idea who he was’.

The insider said that Kanye didn’t quite know how to handle the ‘boorish’ Yorkshireman, who’d had a few drinks by the time they met. 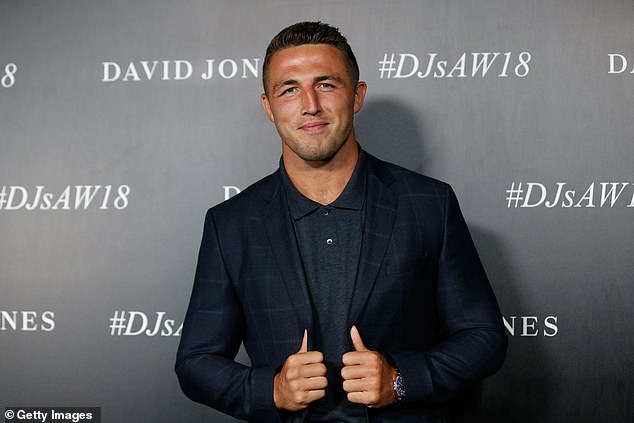 Funny: Sam has clarified that he wasn’t offended by Kanye’s remark about him being ‘poor’

Thu Sep 3 , 2020
Scary statistics and overwhelming rules aside, my quarantine road trip taught me that traveling during COVID-19 can still be safe…and a lot of fun. As someone who travels for a living, being quarantined in the house since March has been a special kind of torture. So when my hometown of […]