With so many vacations to beaches, mountains and big cities and everywhere else — being canceled this summer, many would-be travelers are diverting time, attention, and a few of their dollars to staycations.

Turning your home into a “resort” — or at least a better staycation destination — isn’t as crazy or as complex as it might sound. Some fairly simple changes can add a getaway feel to your all-to-familiar surroundings.

Scott Warner, 59, and his wife Barbara Warner, 58, of Galloway had been hoping for a long time to remodel their small master bathroom, which hadn’t been updated in 20 years.

“We had budgeted for it, but didn’t have a lot of time to put into it until the COVID hit,” Scott Warner said.

The couple used their extra time at home this spring to install a new walk-in shower, new tile and a new vanity.

The couple usually goes away on vacation, including to Hawaii where one daughter and their grandchildren live. But this year, they completed the bathroom project just in time for their first staycation in 20 years, Scott Warner said.

“It was nice to have a resort-like bathroom at home for that,” he said.

Those looking to make their home a better staycation destination should think about what they love about their favorite vacation spots, said Matt Zimmer, a designer with the Cleary Company, a remodeling company based in Columbus.

“So much of what we do in remodeling is attempting to pull in the best experiences people have and use it in their home,” Zimmer said.

“A lot of that inspiration comes from something reminiscent of an awesome vacation.”

Of course, you can’t add an ocean or a mountain view to your home, at least not in central Ohio, Zimmer said. But there are other ways incorporate reminders of favorite destinations, he said.

“I had some clients who said, “We want that Vegas feel in our bathroom.” What does that even mean?

“It turned out that meant a large, open shower.

Zimmer recalled another project he did recently, designing a covered patio. During the design, Zimmer asked his client to recall a favorite vacation memory.

“She mentioned a trip to Charleston (S.C.) and a ceiling fan in the best place they went in Charleston to get oysters. It became important to me in the design of the project to find that specific fan.”

With some internet research, Zimmer found the fan, which the customer adored, he said.

“Little things like that are going to make your home feel more like you’re in your favorite special vacation places, wherever those favorite places are.”

Jen Carlson, 42, of the Northwest Side said that being forced to cancel a beach vacation this summer made her discover a new favorite place — her own backyard.

“It’s funny, because I was never one to spend a lot of time outside, other than going to vacation and to the beach,” Carlson said.

“We had to cancel a Florida trip that was scheduled over Labor Day, so we decided we’d put all of our vacation funds into doing the backyard.

Carlson’s husband, Matt Cooper, 44, power-washed the backyard deck for the first time, and the couple added an outdoor bar, some new furniture, including bar stools, and strung festival lights to enhance the mood.

“We never really thought about doing it before because we were always out and about, going to restaurants, bars, breweries. But now, if we wanted to see our friends, we were going to have to do something with our own backyard.”

Since doing the work, the couple has hosted a few weekend gatherings for small groups of friends.

“They love it,” Carlson said.

“Before, we’ve only had friends over at night, inside the house. They’ve never really been in the backyard. They’re like, ’Oh, this exists? This is really cool!’ “

The couple’s next project is adding an outdoor television, Carlson said.

“’Once sports finally decide to come back, we can gather outside with a small group of friends and watch the games together and still socially distance.”

“Tying the indoors to the outside adds to that Zen-like feel at home,” he said.

“You don’t have to do an entire porch addition. There are a lot of little things you can do, like building a little bar area, or adding a TV outside with a little covering over it, all things that might make you more inclined to hang out outside.”

Inside, bathrooms are often a place where small touches can result in a more spa-like atmosphere, he said.

A new high-tech shower-head, a shower bench or even a fresh coat of paint in a more vibrant color, he said, can make a bathroom feel like a getaway.

Sat Jul 25 , 2020
Homeowners Fiona and Josh Goddard purchased their 1910 Birkenhead villa in 2018. Since then, the couple and their young daughter Billie have been busy making the four-bedroom, two-bathroom home one that reflects their design aesthetic. With Josh being a builder (and owner of PRSA), he’s undertaken the renovations himself where […] 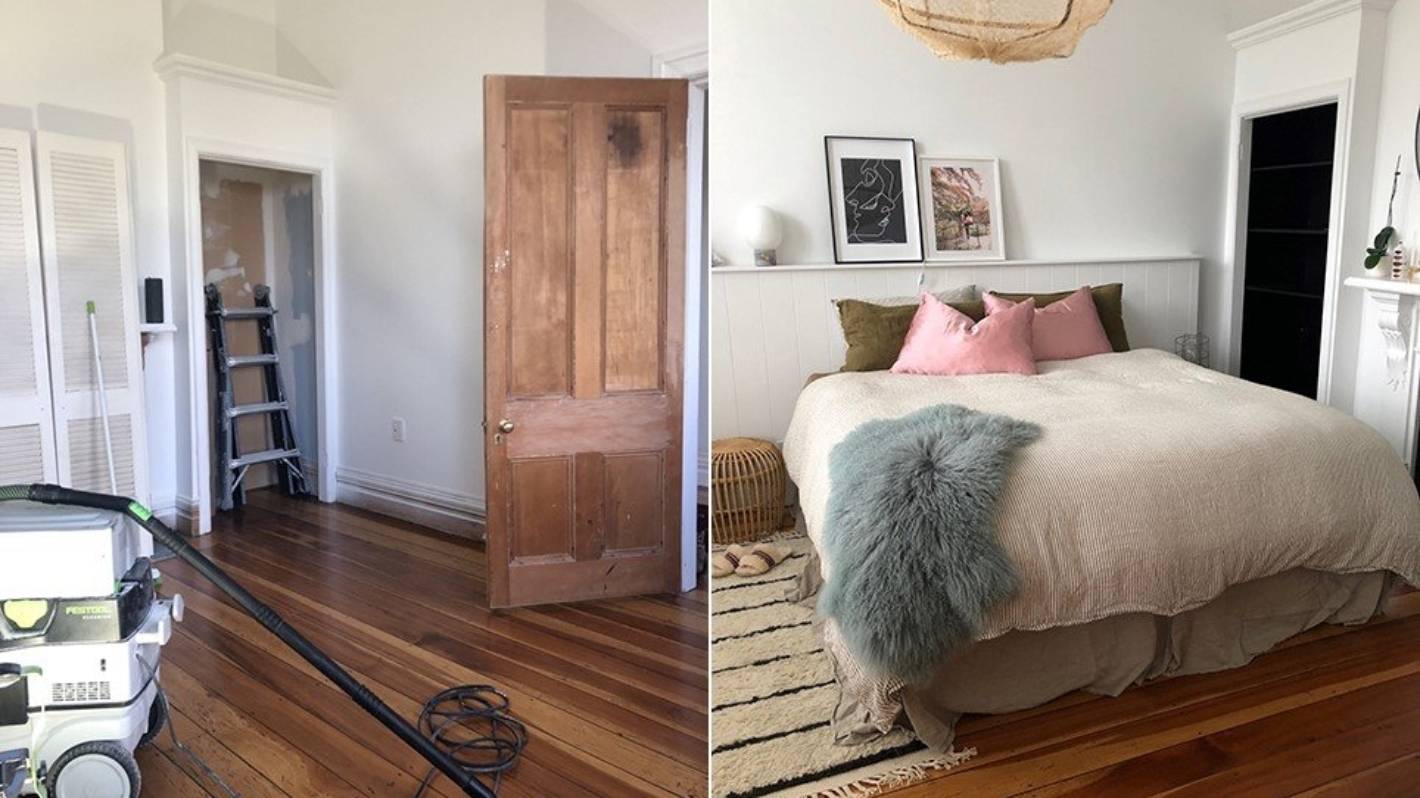