One of the more surprising economic winners of the novel coronavirus economy is housing. Home sales are positively surging as people seek better living situations. Companies levered to this trend, such as Lowe’s (NYSE:LOW) stock, are reaping the rewards.

You might expect that with record unemployment, people would be worried about making big-ticket purchases. That’s a logical concern anyway. However, it appears that people are simply tired of being cooped up in small apartments.

Lowe’s stock is up 28% year-to-date. That has some investors taking profits. You might be thinking: Surely there are cheaper alternatives to buy that offer more upside?

For nimble traders, that may indeed be the case. However, there’s a lot left in the tank as far as Lowe’s goes as well. Don’t sleep on this one.

Now, you may be wondering why a Lowe’s is such a great play on housing. Wouldn’t banks, mortgage service firms, or real estate investment trusts be more direct plays? Or just buy a homebuilding stock – they’re selling new houses at a torrid clip after all. And sure, those are viable options for playing the current environment.

But don’t overlook the possibilities from home improvement as well. Lowe’s Chief Financial Officer David Denton made this point clear in a call with Evercore ISI last month:

“First and foremost, we’re seeing consumers be ever so focused on making their investments in their home to make sure that, as you said, nesting in place and making sure the home is safe, secure and a destination which now not only people are living, but actually working and actually supporting the children from a school perspective. So home is becoming a very big center of investment for the consumer.”

We’re seeing this play out all over the place. For example, see my recent coverage of Purple Innovations (NASDAQ:PRPL), the digital mattress and furniture company whose stock has quintupled since March. As Denton said, people aren’t just buying new homes, they’re also putting a ton of money into the components of their houses.

If you’re going to be stuck at home, it makes sense to upgrade the appliances, put a fresh coat of paint in the rooms, upgrade the furniture and so on. Denton said Lowe’s has seen unusually strong sales across almost all categories that they sell. Only a few select things that require professional installation, such as carpeting, have been a bit softer. But even those are picking up now as folks feel more comfortable again allowing workers into their homes.

And did you catch the next catalyst from Denton’s comments? Now parents are turning their focus to supporting their children in schooling. With more and more school districts moving fall classes to online only, this will power more spending as parents create better home study environments for their kids.

Not Too Expensive Yet

With shares running to all-time highs, investors might be nervous about buying Lowe’s up here. And sure, the stock isn’t cheap. But it’s not terribly priced either. Lowe’s is currently going for 26x trailing and 21x forward earnings.

As you can see, analysts see the company having a big year. Lowe’s hasn’t reported second-quarter results yet, however analysts are looking for growth of more than 25% for the quarter. That’s simply tremendous for a company of Lowe’s considerable size.

Going forward, however, analysts see this being a one-quarter blip, with Lowe’s earnings returning to a 5% rate after the second quarter. That’s where the investment opportunity lies. If you see the home improvement boom continuing into this fall and winter, Lowe’s should report well-above-consensus numbers for the rest of the year.

With analysts already at just 21x forward earnings largely thanks to the big Q2 that’s coming, you can see how Lowe’s will be reasonably priced if the numbers continue to come in strong for the rest of the year.

Lowe’s is a great example of the adage about how there’s always a bull market somewhere. It’s been easy for folks to concentrate on the negatives from the virus, and with good reason. However, as people spend less time commuting, less time at school, and less time at the office, it creates more time elsewhere. And with discretionary spending on restaurants, live events, travel and more all plunging, people have more cash on hand than usual.

Put it all together and we’re seeing a historic surge in the housing market. It’s not just in new home sales, though those are certainly strong. It’s broader– people are fundamentally reconsidering their living and working situations. As they do, a substantial number of them will continue to invest heavily in making their homes safer, more comfortable, and more welcoming.

In doing so, Lowe’s stockholders will enjoy fruitful times in coming months and years.

Ian Bezek has written more than 1,000 articles for InvestorPlace.com and Seeking Alpha. He also worked as a Junior Analyst for Kerrisdale Capital, a $300 million New York City-based hedge fund. You can reach him on Twitter at @irbezek. At the time of this writing, he held no positions in any of the aforementioned securities.

Tue Sep 1 , 2020
Best Self Care for Men: 25 Items Guys Need Right Now (2020) | Heavy.com Heavy.com Health Shopping Updated Aug 31, 2020 at 11:51pm Over the past few decades, men have really started taking better care of themselves. From skincare to exercising more, the average Joe has gained a desire to […] 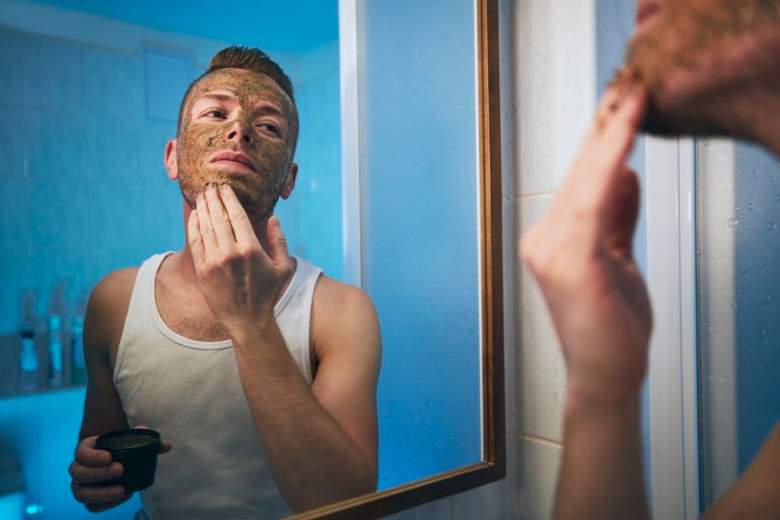