Each week a member of the WBOC and WRDE news teams will dig into an aspect of race relations or diversity on Delmarva. These stories will highlight challenges, provide inspiration and hopefully, spark conversation here on the peninsula.

Language is power, especially when combined with the ugliness of hate.

Dr. Kathryn Barrett-Gaines, a professor of history at the University of Maryland Eastern Shore in Princess Anne, Md., stated, “The mouth a word comes out of matters … You slur someone, it’s a verb. So you do that by saying something that you know is not only hurtful, but possibly dangerous. Mostly it reinforces the hierarchy. You say something that helps someone understand they are not powerful, you say something to help someone understand their life is worth less than yours. That’s what a slur is.”

Dr. Niklas Robinson of Delaware State University in Dover, Del., said, “The apex of racial slurs is the n-word.”

Bear, Del., native Abdul Musa recalled a time in high school when he was threatened by a white student.

“When I was running to the school bus, it was a kid I didn’t really know, I’ve never seen him or anything, and [he] pushed his girl in front of me. I stopped and looked at him and said, ‘You’re weird,’ and just kept going,” said Musa.

The following week, that same student followed Abdul into the bathroom.

“He meets me in the bathroom and while I’m using the bathroom I hear him say, ‘What’s all that stuff you was talking on Friday?’ He was like, ‘We could really get it cracking, n-word.’ And I’m like, ‘What?’ Then he says some more things, ‘Yeah n-word, yeah n-word,’ he’s saying that to rile me up,” said Musa. “It was frustrating it made me really upset.”

Robinson says the history of the n-word dates as far back as the 1400s and 1500s, with the Portuguese referring to Africans as “Negros.” “Negro” soon became corrupted as the transatlantic slave trade expanded.

“That word becomes kind of central, in a way to dehumanize them,” he said. Robinson explains the n-word is used to exert superiority of white people over those of African descent.

“Because white people have the upper hand in every aspect of our society, except culturally, they are able to use it and know that it’s a reminder. It’s like the confederate flag. It’s a reminder, a symbol to put out. If you have nothing, if a white person has nothing but whiteness, it’s a reminder to black people that ‘hey, I got whiteness over you,'” said Barrett-Gaines.

Many other groups are on the receiving end of offensive language. Sometimes it’s not always one word that can have an impact, but entire phrases.

Camp Rehoboth Health and Wellness Program Director Salvatore Seeley said, “Lately we’ve moved away from the words and its become more phrases. So when we hear ‘No homo,’ or ‘That’s so gay,’ ‘That’s really fruity,’ ‘Tranny,’ ‘He/she,’ it’s phrases like that, that have become really offensive to not only adults, but to our younger generation of LGBTQ+ youth.”

The power certain worlds hold can leave a mark on impressionable young adults.

“Unfortunately that leads to some mental health issues, maybe some physical harm issues, and so that’s become problematic is the suicide rates are really, really high for LGBTQ+ teenagers. Especially our community here in lower Sussex County,” said Seeley.

To this day, Seeley still remembers how those words made him feel.

“When I was growing up those were really bad words. They were the worst words I could be called by my schoolmates,” said Seeley. “They were horrible. I would go home crying from school, and I would write in my journal, ‘I don’t want to be here anymore.’ ‘I wish I could just go away.'”

He says the community is now reclaiming those words, and taking ownership and control of them.

I asked Seeley, “We can’t get rid of hate language entirely but where can we start?”

He replied, “I think we could start a couple ways. One is understanding language and words, they have meaning, and you have to understand what you’re saying may hurt someone. What I think we can do, we can understand the history and oppression of certain words and be mindful about how we’re using them, who we’re using them to, and what context.”

Offering support to marginalized groups, and educating one another is just a start.

If we speak with kindness and respect, it will show up in our behaviors and actions.

“Language is power. It’s our fundamental cultural expression. Language the words that we use, the thing that our first grade teacher would say sticks and stones may break our bones but words won’t hurt us, but they absolutely do. Words, collections of words inform our ideas, which then inform the way we behave,” said Robinson. “And that behavior in terms of the history of racism in this country, is rooted in a lexicon, a bundle of words in a way that we use to portray people of African descent, immigrant communities, women.”

As we strive for equality, it all starts with our words.

Tue Aug 4 , 2020
Like millions of people around the world, Kendall Jenner has been spending a lot of time at home in recent months. After the coronavirus pandemic swept the nation in 2020, many chose to self-quarantine to help slow the spread of Covid-19 and began to share pictures of their humble abodes […] 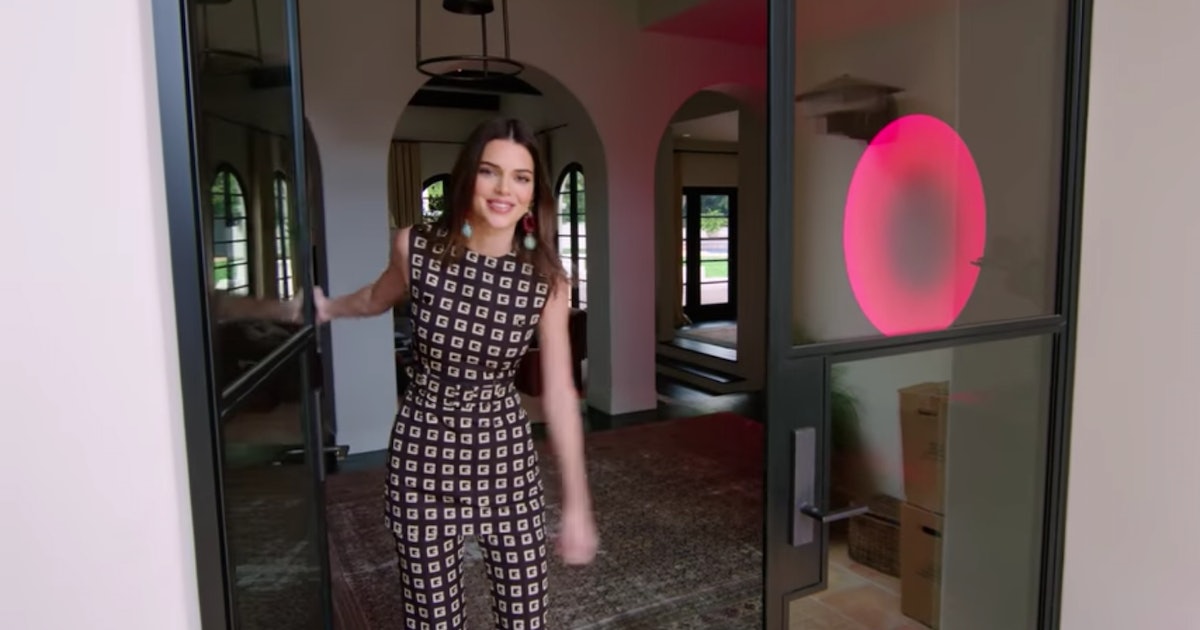