Considering the literary giant who has called this house “home” for so many years, it’s not surprising that many of the rooms throughout feature built-in bookshelves.

Considering the literary giant who has called this house “home” for so many years, it’s not surprising that many of the rooms throughout feature built-in bookshelves.

On the Market: Author’s ‘writing sanctuary’ for sale in woods of Weston

WESTON — Each of the words that Erica Jong planted in the gardens of her novels, essays and poems have taken root and blossomed into a harvest of inspiration, encouragement, and a celebration of life.

Jong, author of more than 25 books, including the ground-breaking and best-selling 1973 novel “Fear of Flying,” has long taken inspiration from her secluded sanctuary setting in the woods of Weston. For more than 40 years Jong has called her contemporary house at 121 Davis Hill Road and its tranquil two-acre property “my writing sanctuary.”

“There is magic in the woods here,” according to the long-time caretaker of this peaceful place. It is set so deep into the Weston landscape that the only sounds occasionally breaking the silence are the mellifluous melodies of songbirds, the hooting of barred, barn and screech owls, the wind rustling through the leaves of the trees on this lightly wooded property, and the waterfall feature from the heated Gunite in-ground swimming pool.

Just beyond its borders is Devil’s Glen Park, the Saugatuck Reservoir, and the 730-acre Trout Brook Valley Preserve, managed by the Aspetuck Land Trust, meaning the surrounding area of Jong’s sanctuary will remain untouched and can serve as the next owner or owners’ place of calm and serenity for decades to come. The preserve “was saved from developers in 1999 by Aspetuck Land Trust and concerted citizen action including key support from actor and philanthropist and Westporter Paul Newman and his daughter Lissy Newman,” according to the Land Trust website.

Adjoining the preserve are other protected open spaces including Jump Hill and Crow Hill preserves. Together they provide more than 1,000 acres of open space and about 20 miles of hiking, dog walking, horseback riding, mountain biking, and cross-country skiing trails. Golf enthusiasts can hit the links at nearby Aspetuck Valley Country Club golf course. Then again, the next residents may never want to leave the solitude and quality of life that Jong’s home and property provide.

“This house is allowing human beings to be in nature. If you’re a nature person and want to be one with nature there’s no better place than Weston Connecticut and (in particular) 121 Davis Hill Road,” said the caretaker, who resides in the guest house.

The natural wood-colored main house was built in 1976 by premier local builder Michael Greenberg. “The construction was custom designed to capture the views and park-like setting,” the listing agent said. Indoor-outdoor living is encouraged. Lounge by the pool or in the hot tub, relax on the large wrap-around deck — a portion of which looks over a Zen garden, and dine al fresco under the pergola, and under the stars. They are more visible on this property because of the absence of light pollution.

Inside the 4,425-square-foot house there are 10 rooms. The spacious two-story living room features a floor-to-ceiling stone fireplace, a wall of windows looking out on the woodland wonderland, and an interior balcony. Many of the rooms feature wood paneled walls, reclaimed wood cabinetry and doors, and hand-hewn post and beams, all of which dovetail perfectly into this setting. Several rooms have wide-planked hardwood flooring, and several provide access to the deck. The dining room also has a fireplace. The kitchen has granite counters.

There are four bedrooms, and the third floor provides an opportunity for an additional bedroom or office, if necessary. Then there is the guest house, which could be used as a home office, art studio, or au pair suite. The first floor master bedroom suite in the main house features a private bath, sauna, and sliding doors to the deck. One other bedroom is found on the main living level. The others are on the second floor, along with several rooms that serve as offices, and Jong’s writing studio.

Not surprisingly, in the home of a literary giant, many rooms, and even the second floor landing, feature built-in bookshelves. They are laden with the works of other noteworthy authors, as well as Jong’s own works, none more famous or popular than “Fear of Flying,” which has never been out of print. It has sold more than 35 million copies and been translated into more than 45 languages.

Grammy Award-winning singer/songwriter Judy Collins said of Jong’s recently released collection of poems, titled “The World Began With Yes,” “Get it and read it. You need it. We all need it. In this time of agitation and fear, you will fly with Erica Jong — she brings us back to what matters — the heart, the mind, the head, the imagination — the ‘Yes’ of life.”

The heart, mind, and imagination of the next owner or owners of this literary and natural sanctuary will soar with delight, pleasure, and appreciation for so special a place to call “home.”

For more information or to make an appointment to see the house, contact Hope Klein of Higgins Group Bedford Square at 203-247-0926 or [email protected]

‘Why I am passionate about mentally challenged people' 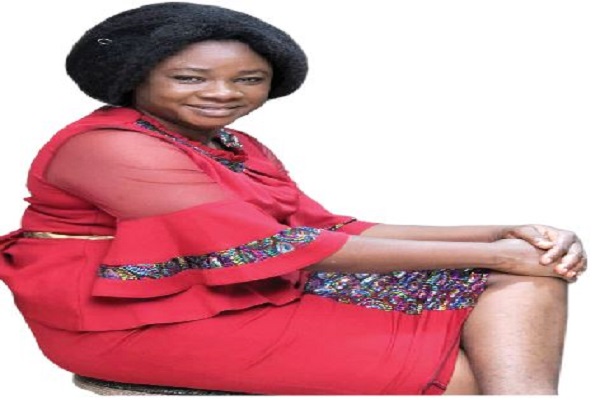