Two years ago, Ochos operations manager Brett Randall took some ribbing from friends after he described the wine and dance bar’s planned back patio as “bitchin’ “ in the Idaho Statesman.

So now that construction is finally finished? Let’s find a better term — courtesy of a friendly competitor.

“It’s ****ing sick,” says Remi McManus, co-owner of Kin restaurant, which boasts a rather bitchin’ amphitheater a few blocks away.

With graceful curves and high-dollar design flourishes, Ochos’ back patio is unlike anything else in downtown Boise. The way-into-six-figures project involved time-consuming construction below and above ground. Randall estimates that owner Eileen Barber invested as much into the back patio as she paid for the entire Queen Anne-style building several years ago. “It’s quite a price tag,” he says. “I think the glass awning itself was $110,000.”

There’s a figure-eight fire table and a circular fire pit. Misters will keep guests comfortable in summer. Four heaters will raise temperatures in winter. Wait, winter? Yes, this just might be a year-round hangout. And don’t bring any snow boots. “We’re geothermal-heated in the building,” he says, “so that tail end runs through the pavers in the back, too.”

Ochos’ interior will not be open for these initial patio shows, except for bathroom use. But the historic building, which has undergone extensive renovation, is ready to bust out its sprung, solid-maple dance floor when the pandemic has settled down.

Ochos ‘ patio will extend its hours soon, Randall says, opening from 4 to 10 p.m. Wednesdays through Saturdays — and serving more menu items from the small kitchen. But these initial weekends will give downtown Boise a taste of what’s to come. A two-person ticket ($150) will include two types of popcorn, a can of sparkling rose that serves two, choice of two drinks per person (beer, wine or cocktail), a charcuterie board (or vegan cheese plate as an alternative) and a dessert.

McManus says he “loves” the Ochos building, which was built in 1892. In a downtown struggling to stay afloat during the pandemic, this type of competition feels more like collaboration, he says.

“We are excited that the food and beverage industry in downtown Boise is growing, and believe building and reviving unique spaces like Ochos will help drive traffic and patrons to all establishments.”

Randall is clearly both relieved and excited to show off the patio. The last two years have been challenging, sometimes patience-testing and, now, rewarding.

“I don’t want to oversell it,” Randall says with a laugh, “so I’ve been trying not to call it bitchin’ yet. But I would say it’s pretty on point at this juncture.”

“I think when people get up here, they’ll feel it. They’ll know there’s a reason this took so long, and there was time and care and money put into this back patio.”

Michael Deeds is an opinion columnist and entertainment reporter at the Idaho Statesman, where he chronicles the Boise good life: restaurants, concerts, culture, cool stuff. He arrived as a summer intern in 1991 after graduating from the University of Nebraska with a news-editorial journalism degree. Deeds’ roles have included sportswriter, music critic and features editor. His other writing has ranged from freelancing album reviews for The Washington Post to bragging about Boise in that inflight magazine you left on the plane.

Mon Aug 31 , 2020
One woman has made her home the most magical house on Earth. Kelsey Hermanson, mom of two and Disney lover in Seattle, has created an entire Disney-themed home with every room based off a different Disney classic. From a “The Little Mermaid”-inspired bathroom, to a “Wreck-it-Ralph” bedroom for her daughter, […] 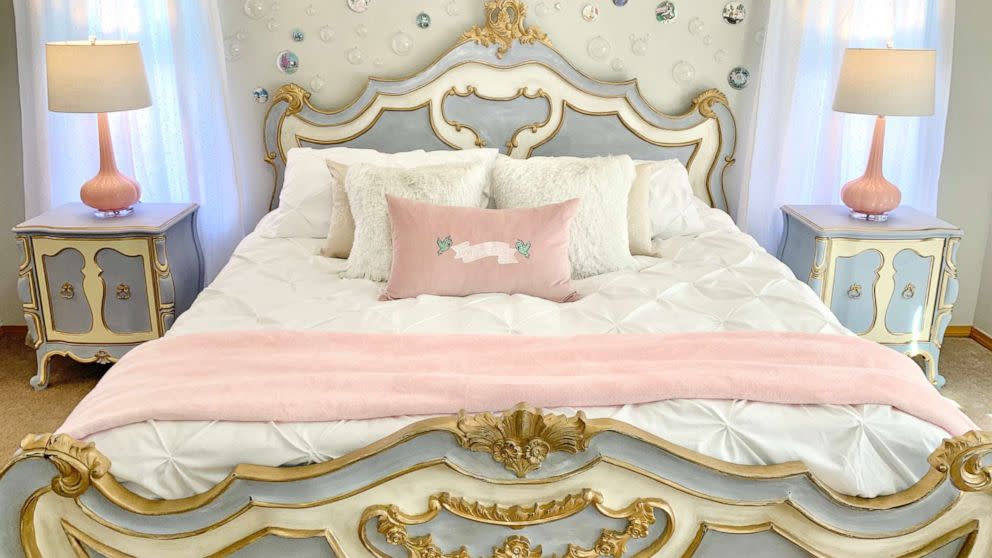