There’s a framed magazine on the wall in my bathroom. A sports relic from a life long past. When the world made more sense. Before pandemics or basketball bubbles. Before our heroes tragically left us. Before the Clippers were able to get out of the second round.

I guess some things stay the same.

The magazine is one you would recognize. It’s one of the most infamous Sports Illustrated covers of the past 20 years, and features two players – a man who would go on to become the head coach of the Brooklyn Nets, and a former-turned-current Laker.

It represents the last glimmer of purple and gold optimism before a collective face-plant into an era of disappointment and a free agent wish list centered around Timofey Mozgov.

No, seriously. Timofey Mozgov. I was there. I remember. It was rough.

Two decades from now, when recalling the various eras of Lakers basketball, the one that won’t quite fit in is the one that includes the tale of a game in Cleveland where so many Lakers were either hurt or fouled out they ran out of players and had to put an already-fouled-out-but-still-ready-to-bring-it Robert Sacre (Gonzaga legend!) back into the game with six fouls while Chris Kaman took a nap stretched out across 65% of the Lakers’ bench.

But you know the best part about this story? The Lakers won that game. Yeah, sure, it happened to be against the Cavaliers, who had been abandoned at the altar (the first time) by #FutureLaker LeBron James and were fielding a team made up mainly of postal workers they hired 25 minutes before tip-off, but it just feels so appropriate. Even when the Lakers were a group of miserable losers — and no doubt about it, for the better part of the last decade that’s what they were — the anecdote still ends in a win.

So, back to that magazine. The reason I bring it up is because my particular copy is special. You see, the author who wrote the article that was featured on the cover, who happens to be one of the best NBA writers whose ever lived, was kind enough to personalize it. At least, in a way.

And no. Not fun. (Well maybe for 29 other teams, but nobody cares about them.)

Of course, the incredible irony here is that one of the players featured in what would evolve to become the defining meme of the coldest stretch in franchise history is back on the roster and helping the team do what they couldn’t get done during his last tenure – turn Tinseltown back into Titletown. Go figure.

But, this is what we do. This is how these things go. We look for stories or narratives. Perceived slights or missed connections. Something to draw a line between the past and the present. Something to give credence to the constant quest for purpose in the mind of us fans, to confirm the increasing decibels of our internal monologue, which at first were a slight whisper but have now reached a dull roar — this is our year.

Something like the twentieth anniversary of the first championship of the team’s three-peat run (still the most recent team to do this, by the way), the fortieth of the first Showtime era championship (whose Finals MVP would secure LeBron’s arrival in Lakerland 38 years later). Oh, and the fact that the guy who coined the preceding term — three-peat — and coached that Showtime team is now sitting across enemy lines, firmly enrobed in Miami Heat lore.

Something like beating the Nuggets in the Western Conference Finals before trying to secure a ring in Orlando.

Something like the Lakers’ new star facing his old team.

Something like a forced passing of the guard through horrific tragedy, and a newfound inspiration that was never asked for but exists now nonetheless. Something like one of the most devoted fanbases in sports still seeking closure they may never receive.

In a year like this, we all need it.

So while the sarcastic “WE BELIEVE” memes make the rounds, and the collective NBA universe begins to remember why they disliked Lakers fans so much to begin with, this is a new chapter for Lakers Exceptionalism. Are we any less privileged than the generations prior, who for decades cheered for Finals appearances every 12-24 months while trying to figure out why nine other Western Conference teams were claiming they were the Lakers’ top rival because they won a tough February road game in Los Angeles?

Of course we’re not.

But we might have a little more perspective. At least for the next two weeks.

In that spirit, Lakers Nation, live it up. Talk your trash and fly your flag.

Because, even if it seemed in years gone like these title runs happen all the time, we’ve learned too painfully that nothing lasts forever, and none of us are immune to life’s ebbs and flows.

But at the same time, let’s be honest with one another, and realize that for most NBA fans, particularly those foolish enough to root for teams that aren’t the Lakers, these past seven years had been long anticipated. We all like to see the king lose his crown, be humbled at the feet of others, learn his or her true place amongst the subjects they once reigned tyrannically, and begin anew, albeit benevolently. A more humble, thoughtful monarch.

Wed Sep 30 , 2020
Newborn photoshoots are often reserved for humans, but photographer Cashlie White shows that baby animals rival them in cuteness. She recently shared a series featuring an adorable piglet named Dynamite who is outfitted with all the things you’d typically see in newborn portraits—soft blankets, stuffed animals, and tiny headbands. The […] 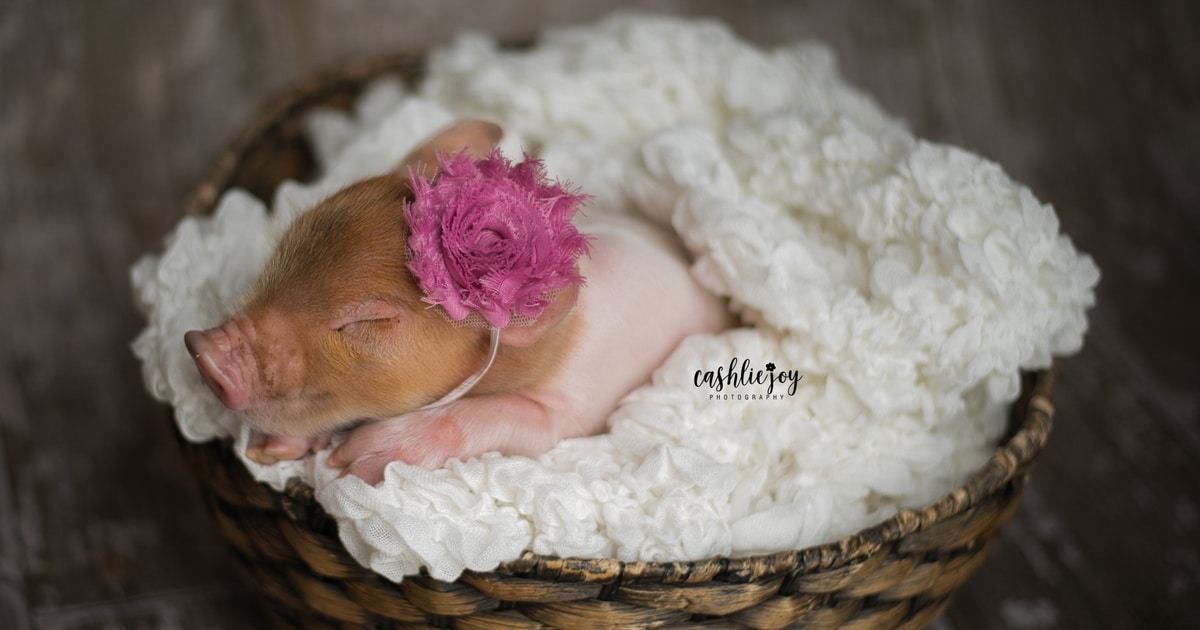