Niecy Nash began this week with some happy news, as she revealed that she’d married musician Jessica Betts.

Betts shared the same photo with the caption, “I got a whole Wife.”

Both look ecstatic in the photograph, which appears to have been taken in the moment after they exchanged vows.

Nash, 50, hadn’t said publicly that she was engaged, so her wedding came as a surprise. She referred to the big event as a “plot twist” in her Instagram Stories. On the same platform, she mentioned a plot twist in an inspirational quote that she shared in June: “It’s your story, babe. Feel free to hit ‘em with a plot twist whenever you want.”

Nash also included a ballad that Betts performs. “Will you catch me as I hoped you would before?” Betts sang on “Catch Me.” “Will you hold me when I can’t fake it anymore?”

While in quarantine, the actress has spent some of her time playing matchmaker through her virtual experience, which she calls, “Love & Quarantine.” During an April appearance on The Talk, Nash joked that the key to marriage is having your own bathroom.

Nash was previously married to Don Nash, from 1994 to 2007. They share three children. In 2011, Nash married Jay Tucker, and they announced their split in October.

Tue Sep 1 , 2020
Quarantine has been far from business as usual for anyone, but London-born, Los Angeles-based Bishop Briggs — real name Sarah Grace McLaughlin — is making it work the best she knows how. And thankfully, her best is pretty good. Despite touring and live shows on pause for the foreseeable future, […] 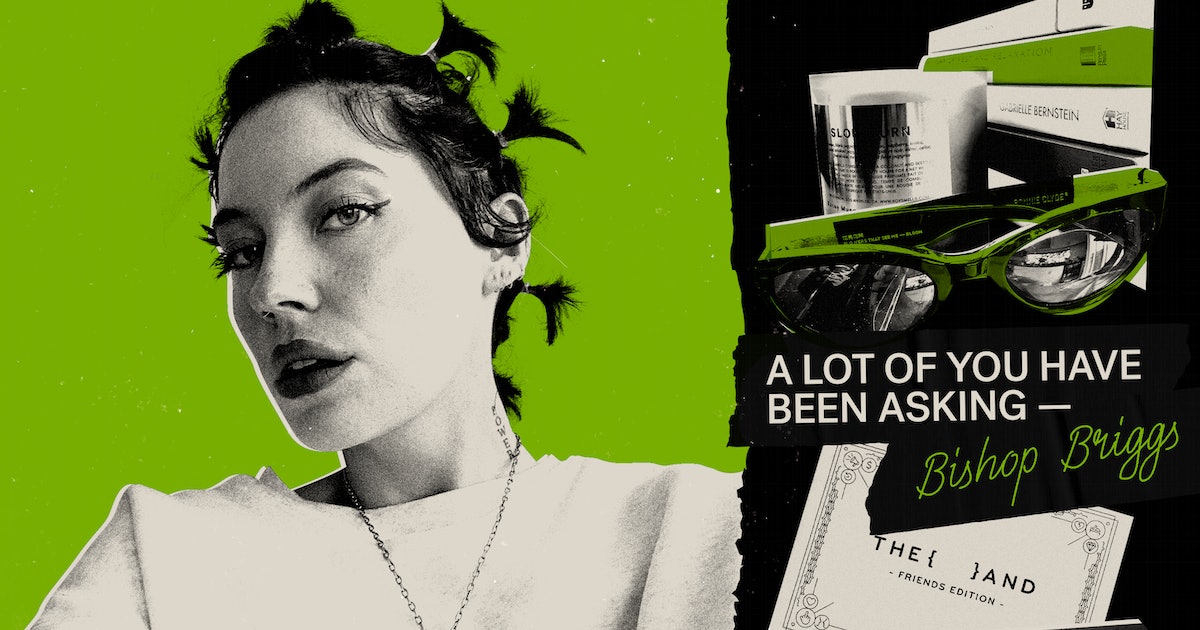