Mary Chapin Carpenter has a snake problem. The Grammy-winning songwriter has been finding outgrown snakeskins around her home in Virginia and it’s freaking her out.

“Just talking about it makes me want to vomit everywhere,” she says, pausing our phone call to get an update from the exterminator. “They say I have, shall we say, a mouse buffet under my crawlspace.”

Carpenter drew inspiration for the song, and its very title, from an art exhibit titled “Where the Beauty Is.” The humanity is not in the finished painting seen from afar, but in the crooked lines up close, Carpenter says. Likewise, a scar is not a blight, but a visible sign of healing.

“I was listening to the radio and they were asking people to send in poems and haikus, and they would read them on the air. One day they read this beautiful haiku, that was something like, ‘You see a scar and you think that’s where you’ve been injured. But actually that’s where you started to heal.’ That was the essence of it. And it was just such a perfect piece of wisdom,” she says.

“It started out as a generic character study that he was sort of the inspiration for. And then as I was finishing the song, I was thinking it’s not just about him. It’s about all those people up there in the halls of Congress, men and women. The Susan Collins, the Jim Jordans, Mark Meadows, Stephen Miller — all these people are stooges. As well as Mark Zuckerberg, too,” she says. “They are just these sycophantic people.”

Sometimes that “process of becoming” happens quickly, right before your eyes.

“I have a different way of taking things in than I did 20 years ago and measuring myself against the world. Everything has sort of shifted,” she says. “I find that to be both terrifying and joyful at the same time. Terrifying because the unknown is the unknown and it’s easy to be fearful that way. But at the same time, if you remove the fear, there is euphoria to have new experiences.”

5 Home Purchase Mistakes to Avoid at All Costs

Mon Aug 17 , 2020
Image source: Getty Images Looking to buy a new home? These missteps could leave you very unhappy in the long run. Buying a home is an exciting endeavor, but it can also set the stage for long-term regret. Many buyers fall in love with homes and make impulsive offers without […] 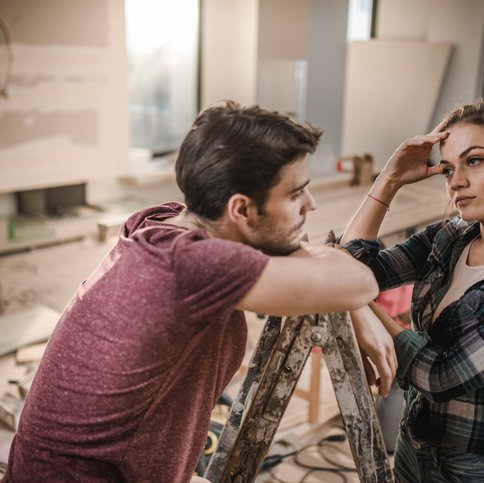