Boston Celtics talent Marcus Smart is known for his gritty style of play on the court. He’s a fierce competitor, and many of his teammates respect this passion. After falling to the Heat in Thursday night’s Game 2 matchup, however, the former No. 6 overall pick reached a boiling point.

According to several reports, Smart was heard yelling at his teammates in the Celtics’ locker room after dropping Game 2 of the Eastern Conference Finals to the Heat. Even in the bathroom, he continued to belt out remarks.

“Y’all on that bulls***,” An angry Smart said to his teammates, via Gary Washburn of the Boston Globe.

Marcus Smart is screaming at someone in the Celtics locker room — or several people. The yelling continues as Smart exits the locker room, swearing.

It seems Marcus Smart wasn’t the only one yelling in Boston’s postgame locker room. And furthermore, there were reports of items being thrown. It was a raucous scene, to be sure.

Smart wasn’t the only one yelling. There were definitely items thrown and a lot of yelling. #Celtics

Smart is right to be upset. The Celtics had every opportunity to win in Game 2, as they led by 17 at one point. However, an abysmal third quarter led the Heat down the comeback trail. According to ESPN, Miami was 0-21 in playoff games when trailing by at least that many at intermission. Notably, Miami outscored Boston 37-17 in the third quarter. The Heat finished the game on a 17-7 run.

Boston converted on 25 field goals in the first half and just 11 in the second. Making things a bit worse is the fact that the Celtics allowed Bam Adebayo to score more baskets (7) in the third quarter than their entire team (4).

“We pulled apart and we didn’t play well,” Celtics head coach Brad Stevens told ESPN during his postgame media availability. “And (Miami) did a good job. We’re not beating this team if we’re not completely connected on both ends of the court.”

Walker led the Celtics with 23 points, while Jayson Tatum and Jaylen Brown each had 21. Smart, who declined to speak with the media following Thursday’s game, finished with 14 points, four assists and four rebounds in 38 minutes of action.

Miami went with a zone defense against the Celtics in Game 2, which proved to be an effective strategy. And despite the fact that they managed to regain the lead in the fourth quarter, Boston squandered it away in the closing minutes. The result? A 106-101 loss and an 0-2 series deficit for the boys from Beantown.

Via Shams Charania of The Athletic:

Sources told The Athletic that Smart stormed into the Celtics postgame locker room saying that other players needed to be held accountable and not simply point the finger toward him when things are going wrong. As Smart continued and his voice grew louder, sources said Brown snapped back and shouted that Celtics players must stay together and that their actions must come as a team, not individually, and that Smart needed to cool off. Those sources added Smart had verbal exchanges with a couple of the assistant coaches during the game.

Smart and Brown had a tense interaction inside the locker room, with objects thrown around. Teammates diffused the situation before any physical altercation could take place, sources told The Athletic.

Brown, who actually supported Smart’s locker room outburst in the end, was the only Celtic to acknowledge that the postgame argument was out of the ordinary. Normally, this is a team that gets along rather well. As the old saying goes, though, pressure will burst the pipe.

“Just a lot of emotions flying around, obviously we feel like we could have, should have won, and we didn’t,” Brown said, via the Boston Globe. “I think that’s why we love Marcus. He plays with passion. He’s full of fire. That’s what I love about him the most. He has that desire and that will and we need him to continue to have that.”

In NBA history, only six teams have climbed out of an 0-2 hole in the Eastern Conference Finals to win the series. In total, teams are 6-52 in those scenarios. No teams have managed to overcome an 0-3 deficit. Still, the Celtics should not be counted out.

Game 3 between the Celtics and Heat is set to tip at 8:30 p.m. ET on Saturday night, with ESPN having live broadcast coverage.

Let’s see if Marcus Smart doing what he did in the locker room serves as an inspiration.

Fri Sep 18 , 2020
For years, Paste has introduced exciting, up-and-coming artists to our readers. This is the return of The Best of What’s Next, a monthly profile column which highlights new acts with big potential—the artists you’ll want to tell your friends about the minute you first hear their music. Most people […] 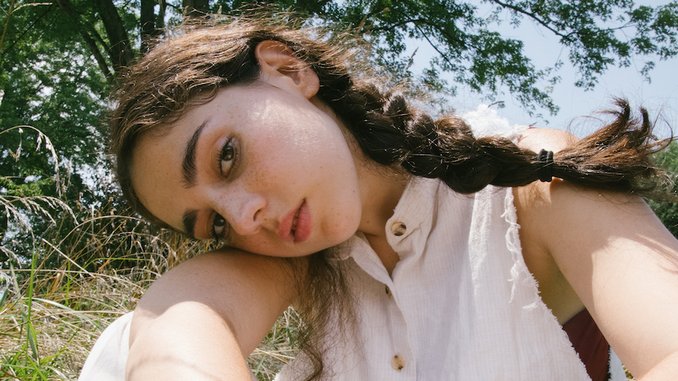