© Kevin Mazur – Getty Images
Lily Allen and Stranger Things star David Harbour appear to be in a relationship. From red carpets to basketball games to Instagram, here’s what we know about the couple.

Yes, a relationship unfolded which has left us very excited. The Stranger Things actor and British singer were spotted together on several occasions including the Screen Actors Guild awards together.

Now, the couple have officially cemented their relationship by marrying! The A-Listers exchanged vows in an intimate ceremony in Las Vegas in September, 2020.

After early reports that the couple took the next step in their relationship by obtaining a marriage license, the Smile’ singer confirmed that she had actually married the Stranger Things star in Las Vegas.

In the adorable photo, Allen and Harbour can be seen smiling and putting their faces together while an Elvis Presley impersonator sings beside them at the Graceland Wedding Chapel in the Nevada city.

Clutching a bridal bouquet, Allen wears a veil and a belted, A-line mini dress, which she revealed on Instagram to be by Dior.

The intimate ceremony was followed with a low key wedding breakfast… an In-N-Out burger.

Harbour also shared on his Instagram that the only guests at their wedding were Allen’s two children, her daughters Marnie and Ethel.

Congratulations to the happy couple!

The British star has sparked rumours of a possible engagement to David Harbour with the hep of a new bathroom selfie.

On Monday, the ‘Smile’ singer shared a photograph of her reflection in her bathroom mirror wearing a ring on her ‘ring finger’ – albeit on her right hand.

‘Needs affirmation,’ she captioned the selfie.

The snap – and more importantly ring – sparked speculation as to whether Allen and Harbour might have enjoyed a not-so-secret wedding proposal during lockdown.

‘Engagement ring?’ wrote one of Allen’s followers. Others commented with ring emojis and question marks.

This isn’t the first time the pair have fuelled engagement rumours.

Last year, the singer was seen on several outings in the US wearing a ring on her left ring finger while out with her boyfriend.

Lily Allen has thrown her boyfriend David Harbour the most adorable party to celebrate his 45th birthday on Good Friday.

Over the weekend, the Stranger Things star shared a collage of photos from the shindig, in which his partner is seen with her two daughters, a birthday cake and party decorations.

‘To all my friends and fans that reached out with birthday wishes yesterday, thank you, so happy to have so so so so many people out there tracking my race to being infirm and embarrassingly saggy all over,’ he captioned the snaps.

‘And to those that didn’t, you’re heartless jerks.’

‘I feel like a quarantined kid again, on the verge of a 10,000 year ice age,’ Harbour joked. ‘Hey triceratops! Looking trim!’

The actor ended his captioned by adding that British baker Paul Hollywood should call Allen for tips.

Meanwhile, the singer shared a photograph of a three-layer birthday cake she made for her beau with the caption: ‘HBD @dkharbour.’

On Easter Monday, Allen took to Instagram Stories to reveal that she, Harbour and her daughters were watching The Sound of Music on the sofa together.

In her Stories, Harbour can be seen pulling faces to the camera as they watched the musical.

Lily and David made their awards show debut together at the SAG Awards on 19th January, 2020. For the event, Lily wore a plunging fuchsia and red gown by Azzi & Osta while David looked dapper in a tuxedo.


In the run up to the event, the Stranger Things actor teased who his date to the awards show – for which he was nominated for the best actor in a drama series award (but lost out to Game of Thrones’ Peter Dinklage) – could be, posting several photos of the back of Allen before revealing her full red carpet look to his 5.3 million followers.

After the ceremony the couple, who are believed to have been dating for around five months, changed outfits (with Lily swapping red for a black Simone Rocha dress) and headed to the Netflix afterparty where they looked just as great:


While there they bumped into Lily’s brother, GOT actor Alfie Allen.

The couple have cemented their ‘hot fashion couple’ credentials after attending the Dior Men runway show in Miami, Florida.


Joining the likes of Kim Kardashian, Gwendoline Christie and Giles Deacon, the couple sat front row to watch the Fall collection. Prior to this, they posed together with Lily wearing one of creative director Kim Jones’ shirts for the night out and Harbour working an all-black look for the show.

If you’re in need of some interiors inspiration this week, we encourage you to sit back and watch Harbour’s tour of his New York City loft.

Earlier this month, the actor gave fans a sneak peek of his Big Apple home that he moved into a year and a half ago.

In a video for Architectural Digest, the star walks through his loft space which features a large, open plan kitchen-come-study-come-dining room-come lounge, bathed in natural light.

‘I like a lot of plants,’ he says as she shows off his fauna collection, Masters of the Universe poster and bookcase which has not one but two copies of Don Quixote by Miguel de Cervantes.

‘I’ve had some very bad couches in my existence on this earth,’ he adds, pointing to a tan-coloured sofa he presumably has snuggled up on to watch the Great British Bake Off with Allen.

Our favourite design element of his apartment? The turquoise-hued Harry Potter-inspired spa-like bathroom with a bathtub which features four taps. ‘Why not four taps?’ he jokes.

A big moment, people. On Monday (28th October), Harbour shared a picture of the couple on his Instagram account – marking the first time either of them had made such a move.

The mirror selfie from Disney World shows Harbour dressed as a prince – well, a cape and then t-shirt and jeans – and Allen, who has her back turned away from the mirror in a cute princess dress.

‘The prince, princess and the parking lot,’ Harbour captured the post before emphatically promoting the Seven Dwarves rind at the theme park.

A day after making their red carpet debut at a charity gala, Allen and Harbour enjoyed some downtime at a basketball game in New York City.

The couple sat courtside to watch the New York Nicks take on the New Orleans Pelicans at Madison Square Garden and looked very comfortable, tactile and affectionate with one another.


The singer – who looked chic in ripped jeans, boots and a jumper with a Peter Pan collar and actor shared kisses, cuddled up to one another, took some selfies and were seen laughing while watching the game.

In their first public outing since being spotted kissing on the streets of New York City, the new couple attended the Skin Cancer Foundation’s Champions for Change Gala in New York City.


The couple were pictured standing next to each other alongside other A-List guests including I, Tonya actress Sebastian Stan and actresses Dianne Wiest and Katie Holmes.

Harbour and Allen were even sporting matching top knot hairstyles, while ‘The Fear’ singer wore a chic floral midi dress with a pie-crust collar tied with a pink ribbon.

A day after Harbour’s SNL performance, the couple were spotted walking around Manhattan’s Soho district together hand in hand. Clearly in good spirits after a triumphant night for Harbour the night before, the pair were seen sharing a kiss, cuddling and smiling.

After Harbour hosted the sketch show, following in the footsteps a week after Phoebe Waller-Bridge, Allen was spotted accompanying the actor to the official after party in New York City in pictures obtained by People.

The Smile singer was clearly enjoying watching Harbour front the long-running programme, sharing pictures on her Instagram Stories of the actor’s Soul Cycle sketch. Undoubtedly, Allen enjoyed the sketch for several reasons, as the next photo she shared was a zoomed one of Harbour’s bicep, writing ‘Mine’ next to it.

Another month, another date for the emerging couple as Allen and Harbour headed to the 02 arena to watch a boxing match between Vasily Lomachenko and Luke Campbell. The pair were the ultimate low-key A-List couple, opting to get to the east London venue by tube and were later spotted on TV smiling in the audience.


E! reports that the singer and actor had been seen at a theatre in Piccadilly, London together. While they might have had a great night enjoying each other’s company, perhaps they did not enjoy the show as much as reportedly left during the interval.

Anyone else very much here for this coupling?

Subscribe to Red now to get the magazine delivered to your door. Red’s latest issue is also available for purchase online and via Readly or Apple News+.

The Best Beauty Buys From Newly Launched To Cult Products

Thu Sep 10 , 2020
Autumn is on its way, and so is the roll out of new beauty products as well as cult favorites for the season ahead. Here’s some beauty and skincare inspiration from an ultra-deluxe advent calendar to a shimmer perfume if you want to keep summer going just a little bit […] 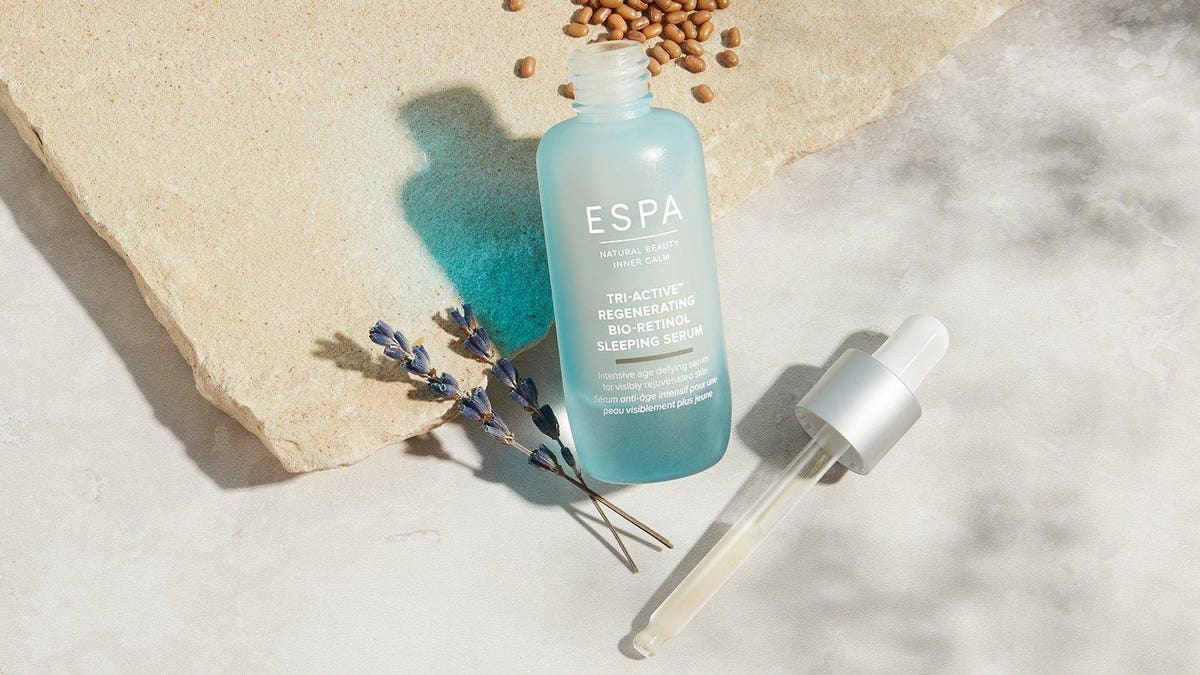