Lessons learned from my childhood in the segregated south.

Growing up in the South* prior to the Civil Rights act of 1964 was often painful and confusing for me, a young child of Holocaust survivors. My earliest memories were of my father’s stories of being persecuted in multiple concentration camps, and my mother’s chilling retellings of her harrowing experiences in the Ukrainian woods, running and hiding from the Nazis. Persecution and prejudice weren’t just abstract concepts to me; they were deeply personal, and a quintessential part of my family’s painful history.

I have the clearest of memories of walking to shul with my father in my town in southern Virginia, and feeling the confusion and discomfort of watching black people walking off of the sidewalk on Wickham Avenue as we walked by, seemingly in deference to our superior position as “white folk”. I also remember the counter at the downtown Woolworths on Washington Avenue where there was a separate section labeled “Colored”, and the separate bathrooms for men, women, and colored in the downtown library, which still stands today on 25th street (without the third bathroom).

I never did understand why such blatant racial prejudice was allowed when I was growing up, and perhaps because of my unusual history as a triple minority – a Jew in a predominantly Christian town, a member of a small Orthodox synagogue amongst a predominantly non-Orthodox community, and one of the only children of survivors in my shul, I was particularly sensitive to the issue of discrimination. I never asked my parents about these disturbing observations. I guess, at some level, I knew that it brought up pain and trauma within themselves, and I guess I didn’t want to exacerbate their pain. Children of survivors know that need to protect their parents from further pain all too well.

Maybe because of that pain, my father took his stand for equality and justice in subtle, quiet ways. My parents had a small real estate business, having bought a number of rental houses in the mostly black East End of Newport News, and his reputation amongst the Black community as a fair, kind, and generous property owner was legendary. My job in the family business was to open the door when a tenant would ring the doorbell and to invite them in, and to let my father know who was there for him to greet. I honestly never knew whether they would be coming to pay their rent, or to get a personal loan from my father, who never could say no to a tenant in need. I remember my mother once inquired about whether my father ever kept a record of these loans, and my father responded, “If they can pay me back, they will; and if they can’t, they can’t” – and that was the end of the discussion.

One distinct memory of those encounters was with a man who I think was named Mr. Jones. As he was waiting patiently in our living room, he looked up at me, and for no apparent reason other than to make sure that I knew the obvious, he said to me, “You know your daddy’s a good man.” As is said in Ethics of the Fathers, “A good name is greater than a gold crown.” My father indeed had a good name, that stood for kindness – and justice. He always seemed to know what was the right thing to do.

Well over 50 years later, that memory still stands out in my mind, an everlasting legacy of my father’s desire to treat people with dignity and kindness, regardless, and sometimes because of, the color of their skin.

This was especially significant, given the climate of the times, where racism and anti-Semitism was just a de facto reality of the Baptist Belt in the ‘60s. I remember the family across the street who wouldn’t allow their daughter to play with my sister because she was Jewish. My 8th grade teacher at Ferguson High School wouldn’t let me make up a test that I would be missing due to the holiday of Sukkot because, as she loudly proclaimed in front of the entire class, “You’ll probably pay off someone to give you the answers to the test. That’s what all of you Jews do anyway, don’t you?”

Even amongst my own peers, I vaguely remember being teased for having the same family name as Senator Barry Goldwater, the 1964 Republican presidential candidate. Walking on the street with a yarmulke on would invariably invite some kind of taunt, or someone screaming some sort of profanity from a passing car.

Fast forward to the present, we are starting to see the same ugly scepter of hatred and prejudice reemerging. Anti-Semitism is clearly on the rise, and abusive treatment of blacks is once again increasing. As someone who is sensitive to racial injustice, I wish to do something. We have to hold racist and abusive policemen accountable for their misdeeds, and to require intensive racial sensitivity training to root out the evil of racism. On the other hand, we also can’t go to the absurd extreme of defunding and attacking policemen, most of whom are good, solid men and women who are there to protect our citizens, and who leave their homes and families every day knowing that they may never come back home. The sickening violence that is happening in the streets of formerly calm and beautiful cities such as Portland and Seattle, a place that I love and know well, having lived there for a number of years, would never have been condoned by these rioters’ grandparents, or the gentle, dignified people of color who I grew up with, or for that matter, a Martin Luther King, a man of peace – but with strength.

We need to maintain that balance of fighting discrimination, without throwing the men and women in blue, who are our first line of offense against crime and violence, under the bus. As a clinical psychologist, I find the notion of replacing law enforcement officers with mental health professionals to be quasi-psychotic and grossly irresponsible.

As Jews, we need to fight for the rights of all Americans to live safely, and to live by the axiom of “kavod habriot” – to give honor to all of
God’s creations. We must shine a light on the need to go back to our values and to be a “light amongst the nations”.

We should also value the one thing that has been given to us as a right, indeed responsibility, of citizenship – the ability to get out and vote. Go out and vote to celebrate that, unlike my parents in their earlier lives, we live in a democracy that provides us with the opportunity to vote in free elections, and that protects our civil rights, regardless of race, religion, creed, or color. And thank God for that.

*I was pleasantly surprised to see Charles Richman’s article about his memories of growing up in Newport News, Virginia in the ‘60s, and his father’s valiant fight for civil rights in a racially intolerant Southern city.

I am also from Newport News, and Charles’ mother Esta was one of my mother’s closest friends. She was one of the most elegant and beautiful women I have ever met in my life. Esta was a regular visitor to our home on Shabbos afternoons, and a gently colorful painting of hers adorned our wall for as longer as I can remember. His father, “Uncle Joe”, used to take my father and I to the Men’s Club at the old Chamberlin Hotel at Ft Monroe, which ironically was where Jefferson Davis, the president of the Confederacy, was imprisoned after the war, to swim and work out in the gym. He was in many ways an inspiration of integrity and respect for all humankind.

Hotel Indigo Debuts in the Historic City of Bath 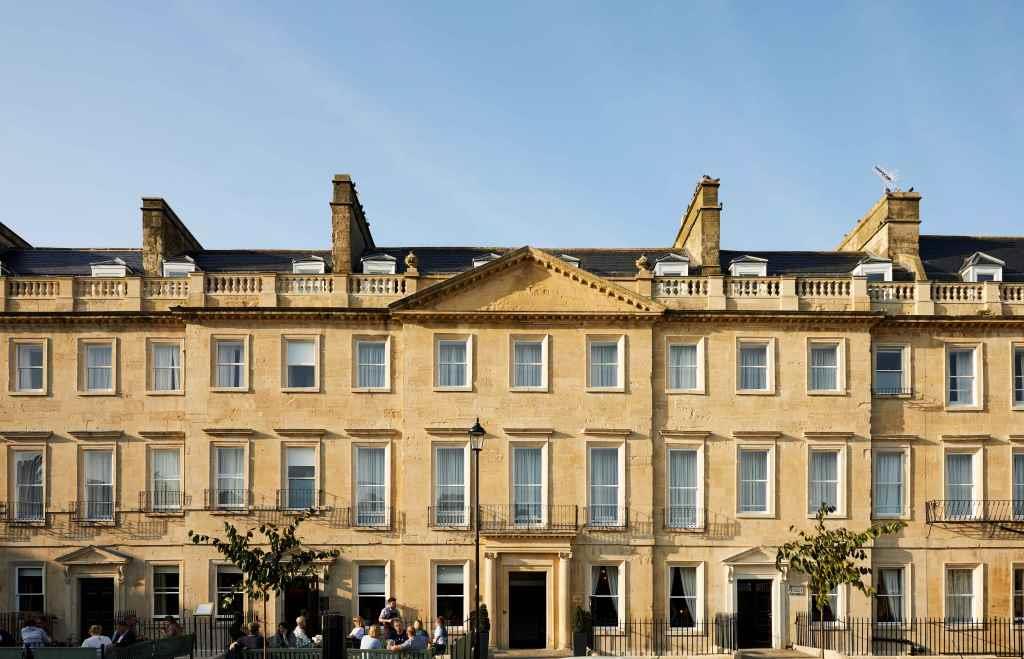