Dana Moore arrived in February as inmate No. WG4763 at the California Institution for Women east of Los Angeles, to complete her sentence of two years and eight months for possession of a firearm. The coronavirus numbers in the state’s prison system were climbing — a grave concern to Ms. Moore, who is immunocompromised. But last month, she grew teary as the prison gate rolled up. She was being released early, and carried out a cardboard box with her belongings into the waiting car of Susan Burton, the activist who was helping her leave behind the gun towers, the barbed wire and her anonymous prisoner ID for an eggnog-yellow bungalow on a quiet street in Los Angeles.

Once there, Ms. Moore made a beeline for the biggest mattress, “like sleeping on a soft pillow,” she said. She began negotiating the personalities of her new housemates  — all former inmates — and relishing her newfound privacy in her new setting: a home devoted to healing.

It was the ninth residence created by Ms. Burton for A New Way of Life Reentry Project, a pioneering network of shelter and support programs she created for vulnerable women coming out of prison that some have likened to a modern-day underground railroad. An activist and writer, as well as a former inmate, she became a formidable force in creating safe houses for women 22 years ago, when she scraped together savings and some bunk beds from Ikea to create A New Way of Life.

The homes, which average seven women, are designed to be intimate — and a far cry from prison — with matching bedspreads and curtains, granite kitchen countertops and inspirational Post-it messages (like “Always Wear an Invisible Crown”) on the bathroom mirrors. They are the kind of refuge Ms. Burton wished she’d had when she stepped off the Greyhound bus in downtown Los Angeles after her first stint in jail for prostitution — “an atmosphere that’s bright, cheerful and motivating and that says ‘you are worthy,’ ” she said.

Ms. Burton’s can-do approach — born from her own life circumstances — has garnered widespread recognition: she has been a Top 10 CNN Hero, a Soros Justice fellow and the subject of the short documentary film, “Susan.” Now the pandemic is providing Ms. Burton’s life’s work with a new sense of urgency. Prisons and jails have become hothouses for the virus, with 47 deaths and 8,000 cases in California alone, according to recent statistics from the California Department of Prisons and Rehabilitation.

“It takes cruel and unusual punishment to the extreme,” she said. To reduce overcrowding, thousands of inmates like Ms. Moore are being released early, a move underscored last week by a federal judge who ordered the state to set aside space for isolation and quarantine in California prisons.

Ms. Burton and her cohorts are working overtime to house as many newly released women as they can. The yellow bungalow was pulled together in a record 10 days, with much of the furniture coming from a Target gift registry. Ms. Burton is in the midst of readying a 1960s convent outside Los Angeles, leased to the organization for $1 by the Society of St. Vincent de Paul, with a squadron of decorators set to volunteer. Such support is not atypical: Ms. Burton’s persuasiveness and fierce sense of purpose draws people in.

As much of a weary America staggered into Month 4 of sheltering in place, the women ensconced in the project’s houses in Los Angeles and Long Beach savored a sense of gratitude and relief. It had been months, perhaps years, since they had felt the chill of an open refrigerator or the pleasure of sleeping in a real bed instead of a piece of foam on a steel slab.

Livia Pinheiro, who was born in Brazil, spent eight years in prison for first degree robbery and was then detained by ICE, which planned to deport her. It was during the initial days of the virus and she was housed in a crowded, roach-infested dormitory room in a county jail where the bunks were bolted to the floor, making social distancing impossible. She and other detainees were finally released after a coalition of legal organizations successfully argued that the conditions were unsafe during the pandemic.

“Everybody’s freaking out about sheltering in place,” said Ms. Pinheiro, 40, who has to wear an ankle monitor while living in Long Beach. “But I feel so free and liberated to be with a great group of girls in this house.”

Ms. Burton served six prison terms for drug possession and intent to sell and was granted a pardon by Gov. Gavin Newsom last year for her work helping women attempting to pull their lives together. Her empathy for others was hard won. She endured years of childhood sexual abuse, compounded by a gang rape as a teen, during which she became pregnant with her first child, a daughter. Then Ms. Burton’s five-year-old son, Marque, known as K.K., was killed crossing the street after being struck by an unmarked van driven by an Los Angeles police detective who she said never bothered to get out of the car. The vortex of grief that followed contributed to drug and alcohol addiction and a series of abusive relationships with sexually exploitative men.

Still, she became her sister’s keeper. Ms. Burton’s notion of houses as communal places for healing — sobriety being one of the rules — was inspired in part by the treatment center in Santa Monica that aided her own recovery. The experience, she said, also opened her eyes to profound inequities in the criminal justice system in which incarceration was the default for poor people of color in neighborhoods like hers, in Watts, while those committing similar infractions in places like Santa Monica were offered therapy, A.A. meetings, community service and parenting classes.

A New Way of Life was born after Ms. Burton had to abandon her chosen career path — licensed home health aide — because of her criminal record. She converted her kitchen alcove into a bedroom and offered it to other women returning from prison. Over the years, the organization has become multidimensional, helping women find jobs and develop careers (a challenge during the pandemic, since many available jobs are unsafe).

Each new arrival receives an ‘action plan” that might encompass leadership skills, therapy (a retired psychiatrist is on call), college classes and support from the organization’s pro bono legal team, often regarding the complex issue of reuniting with children in foster care.

Of the 46 current residents, six are children. Among them are Daishyna Saunders’s two sons, 6-year-old Emmanuel and Elijah, 4, who enjoy activating their bubble machine in the backyard of “Miss Susan’s” in Long Beach. “It means everything to me,” she said of having her boys back.

Days at the residences in Long Beach and Los Angeles begin with a morning meditation and conclude with healthful dinners cooked by staffers. The majority of women are on parole or probation; the houses are testing grounds for independence. As they become more confident and accomplished, they move on to houses where they are completely responsible for the household.

Although Ms. Burton claims a 90 percent success rate, some women do relapse and are referred to a drug treatment facility.

The atmosphere of each house is important to Ms. Burton, who functions as the spiffer-upper-in-chief — “making the houses pretty” with ample light and art on the walls.

Her understanding of the emotional impact of spaces was influenced by Frank Gehry, who is now a friend. The two met in 2017 during studios Mr. Gehry taught on architecture, design and mass incarceration that was organized by the Soros Open Society Foundations and Impact Justice, a research and advocacy organization. The assignment, captured in a film, revolved around a women’s prison in Connecticut; Ms. Burton served as the voice-of reality-in-residence. “Susan commands respect very quickly,” Mr. Gehry, 91, observed. “She brought humanity to the project and a sense of the magnitude of the problem.”

For her part, Ms. Burton grasped for the first time “the strikingly cruel intent” of prison design. “Just taking people from their communities wasn’t enough,” she said. “They had to hurt their joys over time, hurt their bodies by depriving them of light and texture. It was painful to understand the lengths that people will go to to harm people.”

Confinement is precisely what has allowed Covid-19 to flourish, combined with officials’ lack of judgment. San Quentin, an especially egregious example, was coronavirus-free until 121 inmates from the California Institution for Men were transferred there last May. The cramped, airless tiers of what is essentially a Victorian prison proved fertile ground: 19 San Quentin inmates died and more than 2,000 have tested positive in what Marin County’s public health chief, called “the worst prison health screw-up in history.”

But the safety net for those returning home is frayed at best. Women nationally comprise only 13 percent of all prison releases in a given year, according to the Prison Policy Initiative, a criminal justice think tank, which means that nearly all transitional housing and related programs are geared toward men. Some resemble prisons, with metal detectors, contraband checks and Breathalyzer tests at the door.

Alex Busansky, Impact Justice’s founder and president, said Ms. Burton “is one of the original voices pointing out that women’s needs were not being met in traditional re-entry settings,” he said. “Susan proved that we can put people in real houses on ordinary streets and that they have a right to come back to the community.”

Women pay a modest rent, and adjustment is full of tiny challenges: Some women have no idea how to shop or use a microwave. “They’ve been cooking in a can in prison with a stinger,” Ms. Burton explained, referring to an immersion device that heats up water.

Most of the organization’s $2 million budget comes from foundations and individuals (Natalie Portman recently celebrated her 39th birthday by offering to match any donation up to $100,000).

Two years ago, after hearing from women at 46 prisons and jails while reading from her 2017 memoir, “Becoming Ms. Burton,” Ms. Burton saw the need to expand her model to other states (and more recently Uganda). Called The Safe Housing Network, it now numbers 16 houses, and supports projects like WIN Recovery in Champaign, Ill., which serves the rural L.G.B.T.Q. community.

For young women like Lexus, who gave only her first name because she feared for her safety, the security and serenity of the New Way of Life house in Los Angeles couldn’t come soon enough. She was trafficked at age 14, and at 19 accepted a plea bargain she didn’t understand. As a result, she was labeled a sex offender and now plans to appeal. 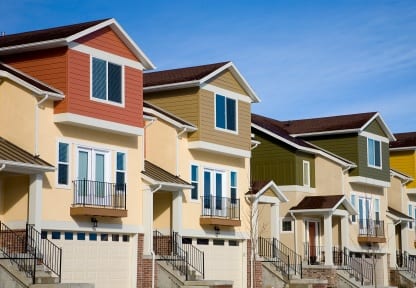