BTS are previewing their new collaboration with Hyundai exclusively via Billboard today (Aug. 31).

Titled “Ioniq: I’m On It,” the band’s latest single coincides with the relaunch of the Korean auto manufacturer’s line of Ioniq electric and hybrid cars. A music video for “Ioniq: I’m On It” is also set to drop this Wednesday (Sept. 2), and will follow BTS’ smash hit “Dynamite,” which they just debuted live at the MTV Video Music Awards on Sunday night (Aug 30).

Ahead of the track’s release, the septet sat down to chat about why they love the song’s message, how they personally recharge, what they each do to help the environment and more.

Check out BTS’ complete interview about all things Ioniq and sustainability below.

What are your favorite lyrics from your new song “Ioniq: I’m On It”?

V & Jimin: “What I want is simple/ Riding together rather than far/ Show you the way.”

Jungkook: “Though I bump into something new possibility.”

Suga: “Don’t drive me hard But drive me forward (cheer up).” I like that part the most.

J-Hope: There’s a phrase that says, “And write a whole new song.” I liked it because it had that kind of powerful feeling.

Jin: It’s my part and it goes like, “When you run restlessly and get out of energy, I will charge you up.”

RM: I have several lyrics that I like, but while filming I realized I liked the part where we repeat “Ioniq.”

Jin: Yeah, repeating is the best.

The upcoming music video speaks to the lifestyle one can experience with Ioniq, with each member representing an aspect of that lifestyle. What are some keywords you’d use to describe your roles in the video?

V: We have time to explore our lifestyles and new things, and I want to broaden my emotions a little bit, so I’m taking time to challenge myself a lot more.

Suga: I represent cheering and hope, because I usually talk about this in my music a lot. I think that’s reflected on this video.

Jungkook: I represent challenges and curiosity. I’m also passionate and ambitious to the point where sometimes my body can’t take it.

J-Hope: I represent creativity and inspiration. It has become a routine, and at some point, I’m inspired, and I’m getting something new. I get inspired every day, so I think it’ll be expressed naturally and comfortably through the video.

Jin: I really like that if I work harder and harder, it is possible to see and create new opportunities and even rewards in the future.

RM: I expressed it with gravity and power, floating around. It expresses the time of inner conversation, freeing the world from power and deterrence. It was a little hard to sit upside down on the sofa.

Jin: Oh, you sat upside down?

RM: Yes, I realized that it’s not easy having inner conversations.

What’s your own way of “charging” your energy?

Jimin: We spend time with ARMY, always having time to share things, always being healed, and getting energy. How about you, V?

V: I’m happy when I can give to ARMY (for example, performance, music) and I can’t wait to show them those things like that.

Jungkook: The best way to recharge is by sleeping, and sleep is important. The problem is that I get insufficient sleep…

Suga: I’m busy with my day and I’d like to know how to recharge.

J-Hope: I think I just laugh nonstop. I think my laughter naturally melts in when I want to recharge. Charge complete!

Jin: The way I recharge is simple. I have 3 ways. Either I eat, play games, or sleep.

Jin: What about you?

RM: I too recharge with sleep and food, but also recharge by reading books or looking at paintings and this helps me recharge mentally.

Jin: Those are really perfect ways to recharge.

RM: Also, I don’t have a driver’s license, but don’t you recharge by driving too? By looking out the car.

Jin: Of course — especially with Hyundai, you can recharge any time.

When you hear the word “electricity,” what comes to mind?

Jimin: I would say environment. I think that if we use electricity to move around, it’ll help the environment a little bit more, and the second reason is because of the appearance. It got rid of unnecessary parts and looks more sophisticated.

V: I think electricity is comfort — I think it was a big driving force that made it more comfortable today than before.

Jungkook: I thought of speed.

Suga: I think all cars will be turned into electric cars in 10 years. It is something that we can not avoid anymore.

J-Hope: When I hear the word electric, I think of Pikachu! I think electricity will create a new world. I feel like the world will change a lot with electricity, and I wonder how it will change, it’s scary, and it’s going to be fun. I think there are so many things to think about when it comes to electric cars.

Jungkook: It is developing so fast. If you look at the model, the design is future-oriented. It’s an electric car, so there are a lot of things that can be implemented. I’m curious about the cars on the road in ten years. A lot of pollution will be reduced because of electric cars, too, and I think it will help a lot.

RM: These days, a lot of people around me drive electric cars and I realized that it looks futuristic. For the environment, we are all trying to reduce the use of plastic, and other ways where companies are developing new systems and technologies. I believe that cars will all change to electric cars such as Ioniq.

Jin: When I looked at Ioniq, I thought about something in a childish way: If a thunder hits the car, will it recharge?

What kind of daily efforts do you make for the Earth and environment?

V: After I eat, I put food in a food waste bag.

Jimin: I think the things that everyone can do are small things, but if they’re done, it will eventually help the environment. I think recycling is the biggest effort I’m making.

Jimin: Honestly, it’s kind of hard. But it’s for the environment!

V: If I think about the environment, I can overcome my fatigue and my laziness. I am so proud of myself that I have been recycling for over 26 years and [continue to do so].

Jimin: You’ve been recycling since you were born.

Suga: Our car is gasoline. We need to switch to an electric car.

Jungkook: Yes, we need to change.

J-Hope: I hold my breath for 10 seconds a day for carbon dioxide emission.

Suga: That is useless.

J-Hope: What if people held their breath for 10 seconds in the Korean population for carbon dioxide emission? It’s a joke, don’t think too much of it.

Jungkook: What if we really make this a campaign and make the entire world hold their breath for 10 seconds on the same day and time?

Suga: If that would have made a difference, the environment would have already been better.

Jungkook and J-Hope: Right? That is true.

RM: Honestly, the only thing I can do is not accept the plastic spoons and forks when I order delivery food. Also, when I use plastic, I try to use them again after washing them. I try not to use plastic straws, too.

Jin: I try to save water by not washing as much.

What do you do when you want to recharge after a tour?

Jimin: I think it’s sleep. I’m sure other members feel the same, but when I sleep in a hotel, I feel like I’m constantly tired. The fact that I can’t rest [except] in my own space must have been psychological, but I think it’s sleep first.

V: I think it’s my personal leisure time. There are so many ways to rest at home. You can see friends you haven’t seen, or you can travel. Since I can’t do it during the tour, I think I would see my friends I haven’t seen before or spend time at home.

Suga: Don’t we fall asleep like if we fainted?

Jungkook: After the concerts, eating as soon as I get to the hotel makes me feel good, but then I regret it the next day.

J-Hope: I think we eat well, because we believe we want to be rewarded after.

Suga: Yeah, when we tour, we eat well.

Suga: The first thing I do is go to the bathroom to wash right after I get in the room. [Otherwise] I would fall asleep [right away].

J-Hope: It is different for each of us, depending on our condition.

Suga: Sometimes I feel like I’m wasting time if I sleep right away. While doing something else, I then later realize I’m tired again.

Jin: I always make a fishing schedule and go with some close friends to fish. How about you?

RM: I think exercising is the best way to recharge. Such as Pilates, and weights. My body feels light after I exercise.

V: I think this song, “Ioniq,” is the best song for commercial music. I hope this song comes out and approaches ARMY with sincerity.

Jimin: Yes, same here. When I heard about the commercial shooting, I think advertising has a trend, and I think it’s been a while since a music video-style ad has come out like this. It didn’t feel like a commercial shoot. It felt like an actual music video shoot. And was a refreshing experience for me. I had a lot of fun filming today. The car itself was so pretty. I hope we can continue to film more like this with Hyundai.

Mon Aug 31 , 2020
Valerie Frizzle was the invention of writer Joanna Cole, who passed away this summer of non-Covid-19-related causes, and illustrator Bruce Degen. The two were initially approached by an editor at Scholastic about concocting a humorous and stealthily informative series centered on a science teacher who leads her charges on out-of-the-box […] 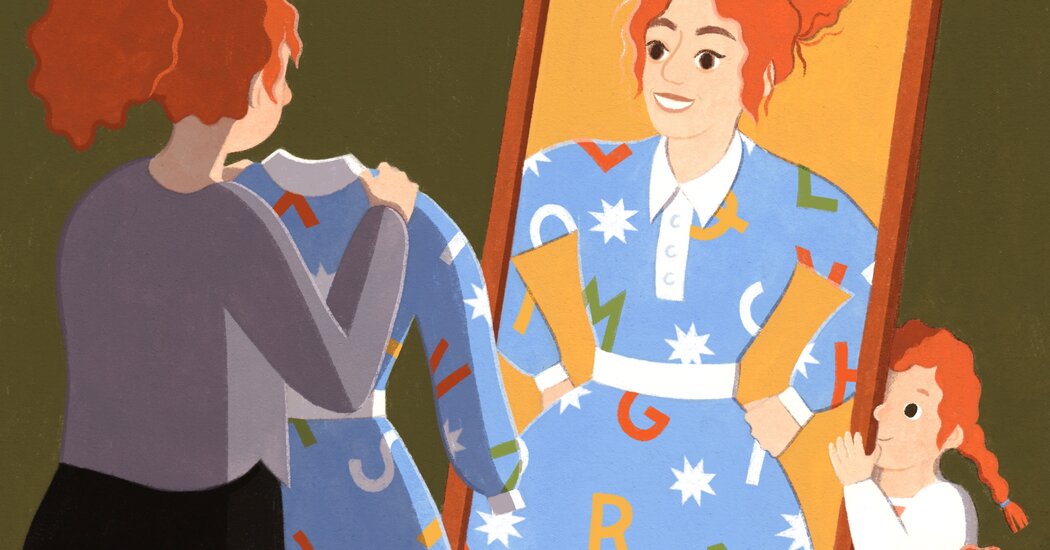