Joel Clement, who worked at Interior for more than seven years and continued on in his new accounting role for three months, said he left after losing all hope things would change.

“It was a really difficult decision. I felt strongly about serving in the civil service, and it’s really hard to leave, but Secretary (Ryan) Zinke is really acting against all of the issues that are important to the health and safety of Americans and natural resources, he told CNN.

“The checkmarks in the cons column just kept adding up,” Clement added.

Reached for comment, an Interior spokesperson said: “The Department does not comment on ongoing matters such as whistleblower complaints. We look forward to working with the Office of Special Counsel to address any questions they might have about this matter.”

For the majority of the time that Clement was at Interior, he studied the impact of rising sea levels on Native American tribes in Alaska. Until July, he was the director of the Office of Policy Analysis. Then he was reassigned without notice to be a senior adviser at the department’s Office of Natural Resources Revenue — a position he labels an accounting job.

“I was reassigned to an accounting office in the department that collects the royalty checks from the oil and gas and the fossil fuel interests,” Clement told CNN at the time.

Clement said there were a number of final straws that ultimately lead him to feeling like he could no longer do “anything good from within the agency.”

The first was the news that Zinke had said last week at a speech to an oil industry group that he didn’t believe a third of Interior employees were “loyal to the flag.”

“I got 30% of the crew that’s not loyal to the flag,” Zinke said, according to the Associated Press. “There’s too many ways in the present process for someone who doesn’t want to get (a regulatory action) done to put it in a holding pattern.”

Clement said Zinke “lost a lot of respect” that day.

“That’s absurd to say the civil service should be loyal to him when so many people are dedicated to the job and the country,” Clement said. “That (speech) was the buzz in the building all week long. Where does he get off saying this about the dedicated career staff?”

Then Clement said he saw that the Interior had made a final decision Wednesday not to defend the Obama-era Methane Rule. Interior moved to delay the rule until 2019, citing its burdensome nature to the fossil fuel industry. The rule was later reinstated by a San Francisco judge.

“They are clearly not going to address the climate change issue at all there and my voice is far more useful outside the agency than in it,” Clement said. “I’m not shocked. I’m discouraged. This kind of thing is not surprising anymore and I guess that’s the most discouraging thing about it, it was a clear pattern.”

Clement was one of 50 people at Interior who received letters in early June that they would be involuntarily reassigned to other positions. The letter he received cited a need to “improve talent development, mission delivery and collaboration.”

Clement filed a complaint in July with the US Office of Special Counsel, citing retaliation claims from the Trump administration.

Eight Senate Democrats wrote a letter to Interior’s inspector general to investigate the reassignments on the grounds that it could be an “abuse of authority.”

Zinke told Congress in June that reassignments will be part of the process meant to reduce the department’s “physical footprint.”

So far the Trump administration has eliminated hundreds of positions through proposed budget cuts. EPA employees are facing buyouts and threats of layoffs.

Wed Apr 8 , 2020
Today is Thrift Store Decor Team Wednesday (it is Wednesday, right?) and since we’re all staying safe at home and the thrift stores are closed I dug into my stash to create a simple project made with craft supplies you just might have on hand.Except for the bird which I […] 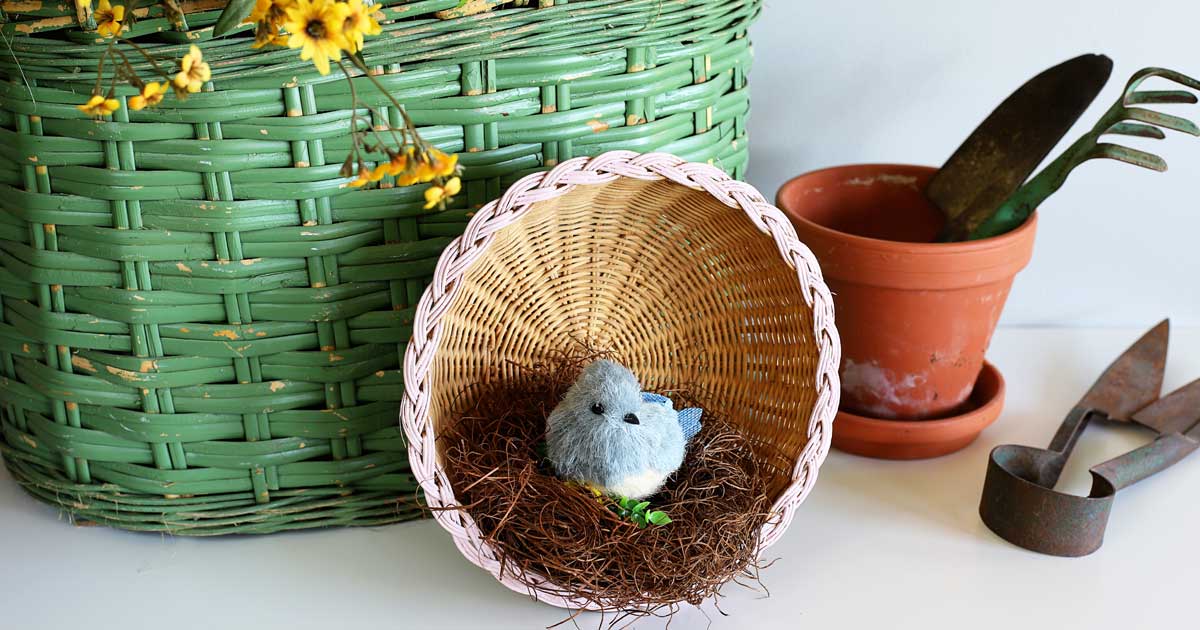