“Terrifying”. “Challenging”. “Absorbing”. “Exhilarating”. Are these the jacket blurbs for an airport thriller or the experience of organising a literature festival – or any festival – in the second half of 2020?

After a hectic six months, we unveil our programme for this year’s International Literature Festival Dublin that will run from October 22nd-28th, with a whole new social lexicon as a backdrop: a world of lockdowns, social bubbles, herd immunity and circuit breakers. Unimaginable 12 months ago, these bizarre-sounding social actions have leapt from the pages of a sci-fi novel to become the social norm. They also run counter to the essential idea of a festival, which is to bring people together in public spaces to share a common passion or interest.

Our strapline, then, for this year’s festival is “One for the books”, which captures the mood for a number of reasons: activity will largely take place online, with live streamed international events alongside Irish writers broadcasting from a stage in Dublin. We’re also moving – temporarily – to late October, with certain events swapping from our original dates in May. And we’re building new partnerships: this year the winner of the International Dublin Literary Award will be unveiled at the festival for the first time. In the run up to the festival, you can download exclusive podcasts with the shortlisted authors, including Nobel Prize winner Olga Tokarczuk and recent Booker Prize winner Anna Burns.

How writers should respond to the pandemic, and when, has become an urgent topic of conversation. Will there be years of reflection, before the novels slowly appear, as was the case with 9/11? And how do you write about the present when reality itself seems to outstrip the powers of fiction?

One artist for whom lockdown has a particular resonance is Ai Weiwei, a figure whose work encapsulates issues around freedom of expression. During May, Weiwei began selling limited-edition face masks on eBay, with proceeds going to human rights charities. Weiwei, whose famous works include Dropping a Han Dynasty Urn (1995) and Sunflowers (2010), his installation at Tate Modern in London, will speak at the festival on October 23rd.

Just as the lockdown came into force in Ireland in March, we were poised to announce our full programme for the 2020 festival in May. Top line on that press release belonged to Roxane Gay, who was set to visit Ireland for the first time. We’re thrilled, however, that she can join us virtually, for our opening night livestream event on October 22nd, when she’ll be in conversation with Sinéad Gleeson about her candid and inspirational writing.

Alongside festival planning, the virus has played havoc with the wider literary ecosystem. With physical bookshops closed and media space dominated by the pandemic, many writers saw publications rescheduled to this autumn. Thankfully, our festival has moved in tandem, with a host of local authors set to reach a global audience from our festival stage.

One novel that just avoided the publishing curfew in March, was Hilary Fannin’s The Weight of Love and she’ll be joined on stage by Elaine Feeney, whose transition from poetry to prose was marked triumphantly with the publication of As You Were last month. You might want to pull up your favourite chair in the company of Patrick Freyne as he discusses Ok, Let’s Do Your Stupid Idea, with fellow essayist Emilie Pine. And with “wet pubs” still closed at the time of writing, Roddy Doyle’s latest novel Love, centred on Davy and Joe, recollecting their misspent youth over a pint might be the closest you’ll get to your favourite Dublin local this side of Christmas.

Stephen King has described books as a form of “uniquely portable magic”, and it’s in that spirit that the 2020 edition of the festival is brought to you. Our Tall Tales programme for families features podcasts from Frank Cottrell Boyce, Chris Riddell and Laureate na nÓg Áine Ní Ghlinn; our Compass series explores the changing notion of Irishness through a series of specially commissioned films by Black, Asian and Minority Ethnic citizens and we celebrate the legacy of Tim Robinson, one of the greatest writers of the Irish landscape, through audio walks and an event in celebration chaired by Fintan O’Toole.

The portability of books and storytelling has allowed us to transcend the barriers to physical events that the pandemic has imposed, and if the medium has changed to fit the times, the message has remained constant: books matter; storytelling matters. As I write, the Zimbabwean novelist Tsitsi Dangarembga, shortlisted for this year’s Booker Prize, is on trial for protesting against President Emmerson Mnangagwa. Arrested for the simple act of holding up a placard in a public place, Dangaremba’s story reminds us of the volatility of words and the vulnerability of freedom of speech in different parts of the world. It’s a freedom we must cherish, even though other freedoms might be curtailed at present.

We’re lucky to have the generous support of Dublin City Council and the Arts Council to mount our festival at a time economic and social disruption, just as other festivals around the world, from Cheltenham to New York, from Bray to Berlin, have been able to flourish and find new audiences both local and global. Wherever in the world you’re reading this, and whether you read in the bath, in bed or on the beach, we look forward to you dipping into the programme!

When we postponed our festival in May, we quoted Seamus Heaney’s now famous line: “If we winter this one out, we can summer anywhere”. As we announce our upcoming, Covid-secure festival programme, it’s beginning to feel like spring might be on the horizon…

5 fundamental reasons why you MUST think LeornadoBySujimoto FIRST!

Thu Sep 24 , 2020
The LeonardoBySujimoto, an audacious project that converges two distinctly opposing entities – luxury and affordability, promises to put an end to mediocrity in luxury real estate in Nigeria. An inspiration from the iconic 16th century artist and Renaissance man, Leonardo Da Vinci himself, the LeonardoBySujimoto stands at the very core […] 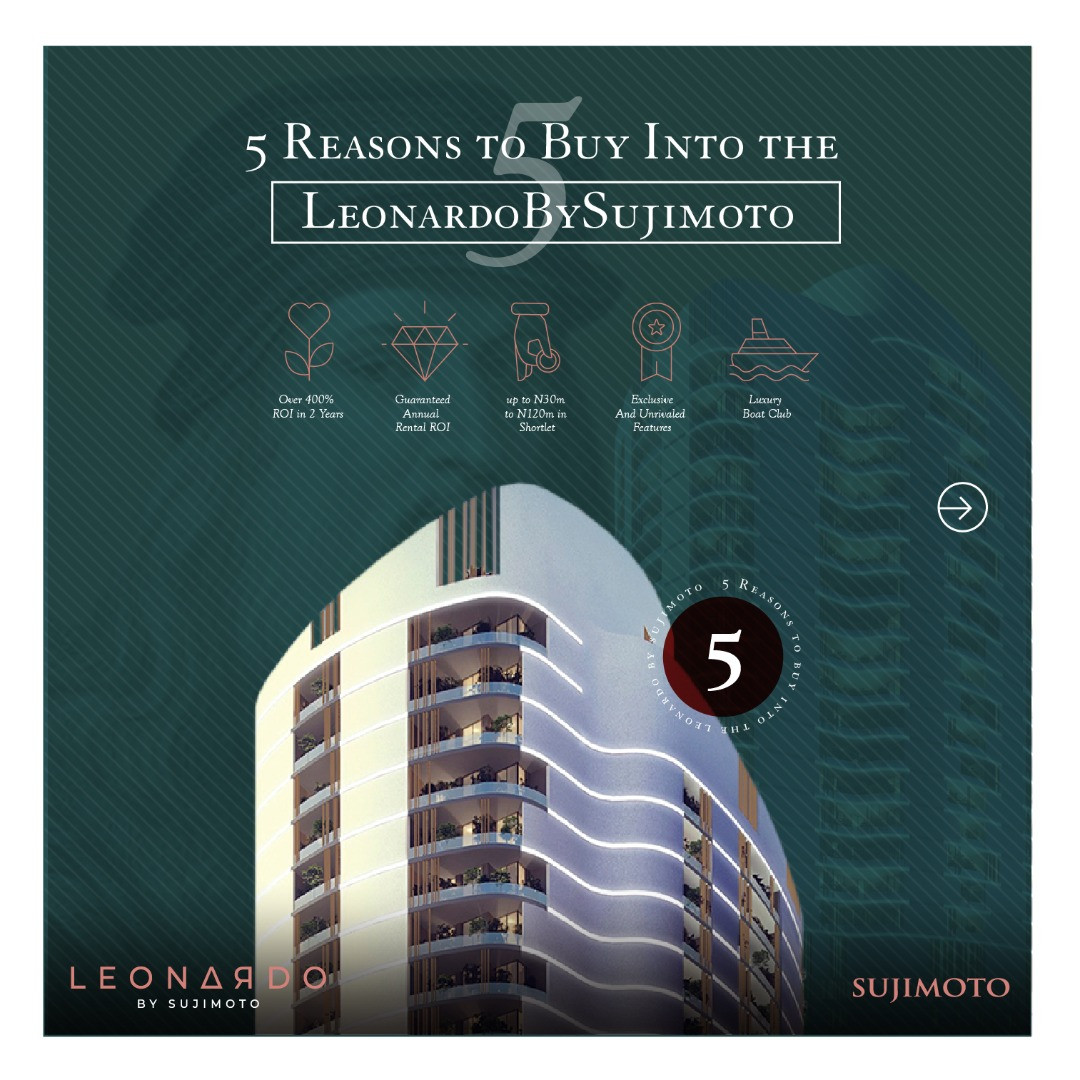