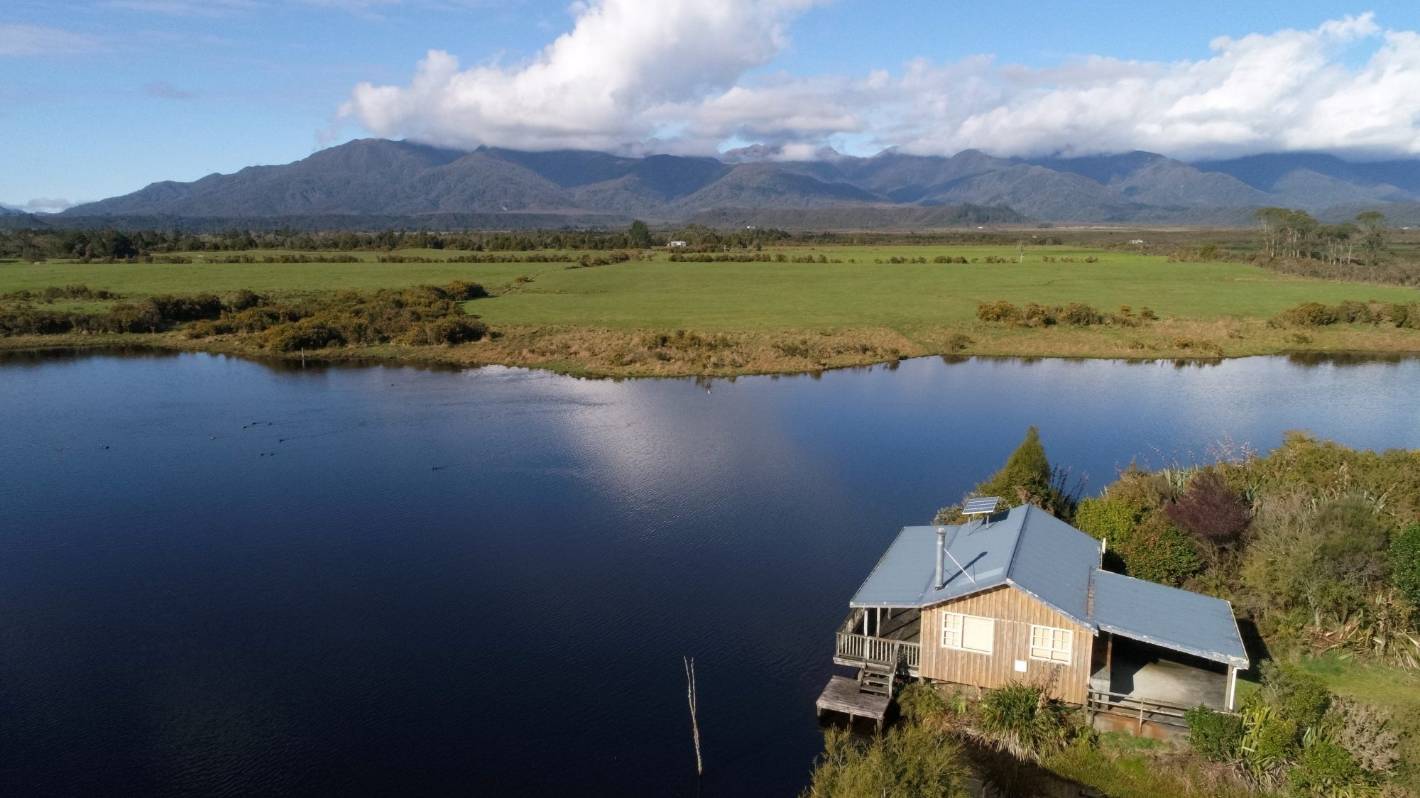 If hell is other people, this isolated one-bedroom cottage for sale on the West Coast must be heaven.

The seller of the secluded Westport property is in the midst of preparing a ‘death conference’ when she picks up the phone.

Melanie Mayell has been using the cottage as a writing and photography workshop for the past 12 years. She often writes about the theme of death and organises meet-ups for people who want to get together and talk about it.

The artist and event planner lives in Christchurch and says the drive to her “hideaway” totals four hours, door to door: “I absolutely love this place. It’s quite a wrench to think of selling it,” she said.

The cottage sits on the edge of a secluded lake with a deck cantilevered over the water and is on the market for $495,000.

The best way to explore the surrounding area is by dinghy, that ties up to its own jetty off the main deck.

“You can untie it and just row off to the other end of the lake at your leisure,” said Mayell. Just take care not to run into any wild swans or diving ducks with the oars.

The nearest neighbours are a colourful cast of native birds including kereru, piwakawaka and swallows.

“I love standing in the kitchen because there’s a flax bush right outside the window and tui come and feed an arm’s length away from you in the flax flowers,” said Mayell.

French doors open onto the deck from both rooms and weka rummage around in the garden. But the best view is from the outdoor bath in the evenings.

Mayell had ripped a real estate ad out of a newspaper and stuck it on her office wall. She dreamed of calling the cottage her own, but it was initially priced out of her budget. Six months later a friend called to say they’d seen it relisted for a lower price.

“We went over and looked at it, but we were already in love with it,” she said.

Over the years plenty of people have asked Mayell and her partner if they would consider renting the property out, but the prospect of sharing their special spot never held much appeal. However, the original owners had planned on developing another six units beside the water and got approval from council.

A developer with deep enough pockets and faith in the burgeoning backyard tourism industry could make that a reality.

“It would be an amazing location for AirBnB accommodation, or even tiny houses,” said Mayell. The townships of Wesport and Charleston are both a short 13-minute drive away.

“It’s a lot of land planted out with native trees and the lakefront isn’t a straight line, it’s wiggly. So there is the opportunity to dot a set of small units around without losing the sense of privacy.”

The lake is actually manmade and one of two.

“There’s also a smaller lake full of reeds and water lilies as you drive in that has a dam and the big lake is fed by the smaller one. The other end is dammed so it can never flood. Then it eventually goes out to sea,” said Mayell, who has her heart set on finding a new bolthole on the East Coast.

The property is off-the-grid but has good cellphone coverage and gas hot water, as well as solar power with an inverter. But if the comfy lake house is more your vibe than rustic getaway, plug into the mains power at the front gate and off you go.

Although, the ideal buyer may well be another artist who could draw inspiration from the peace and quiet. 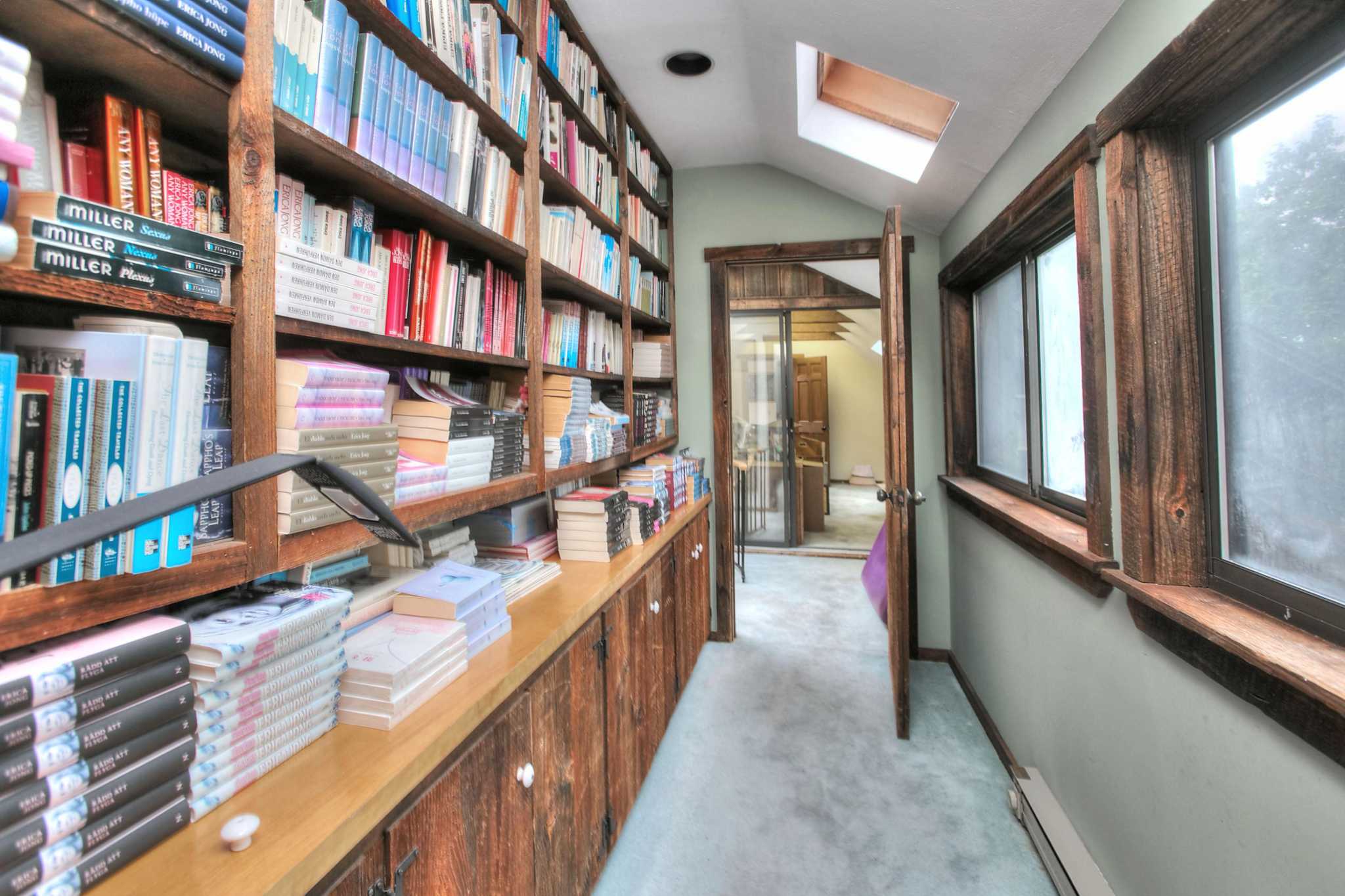 On the Market: Author’s ‘writing sanctuary’ for sale in woods of Weston 5 tips to boost your finances while protecting the environment