Byron Farrington, 58, is a resident of the Victory II Apartments in Omaha. 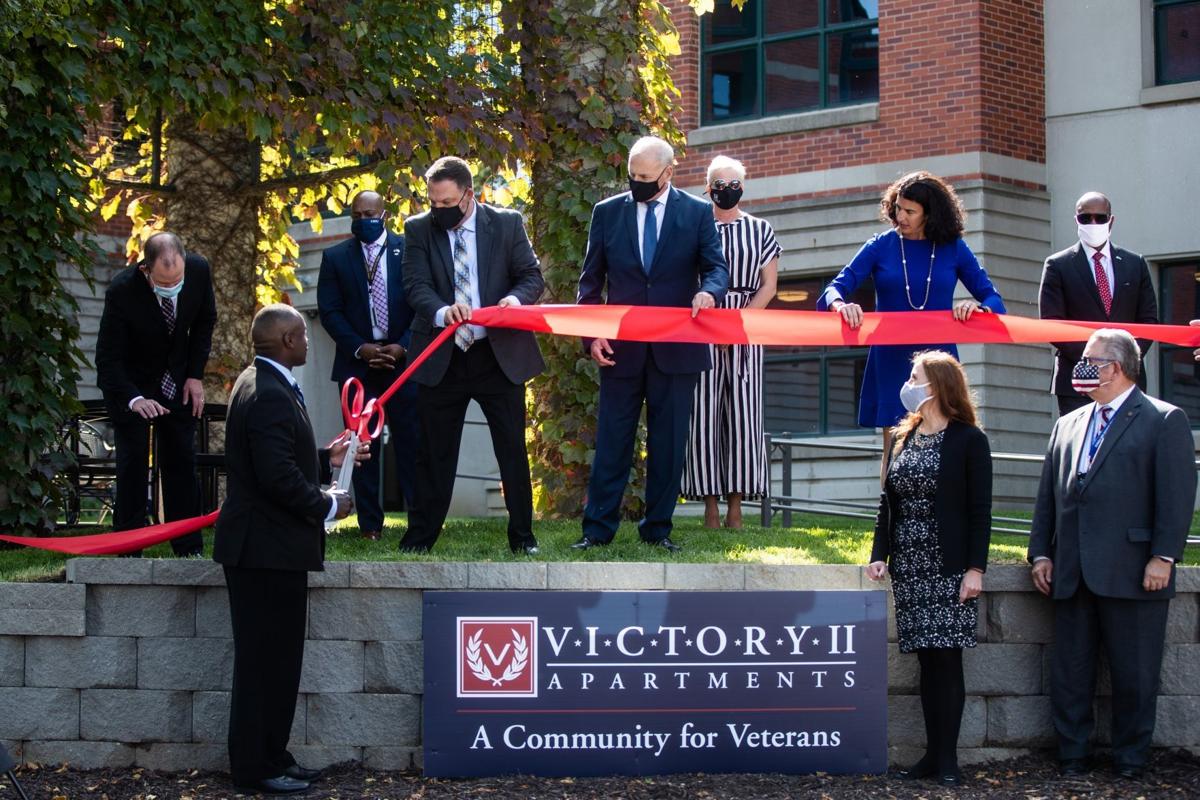 General (Ret.) John F. Kelly, center, a former White House Chief of Staff and Secretary of Homeland Security, gets ready to cur the ceremonial ribbon at the official opening of the Victory II Apartments in Omaha on Friday, September 18, 2020. The apartments are designated for homeless veterans, with supportive services from the VA also on site. 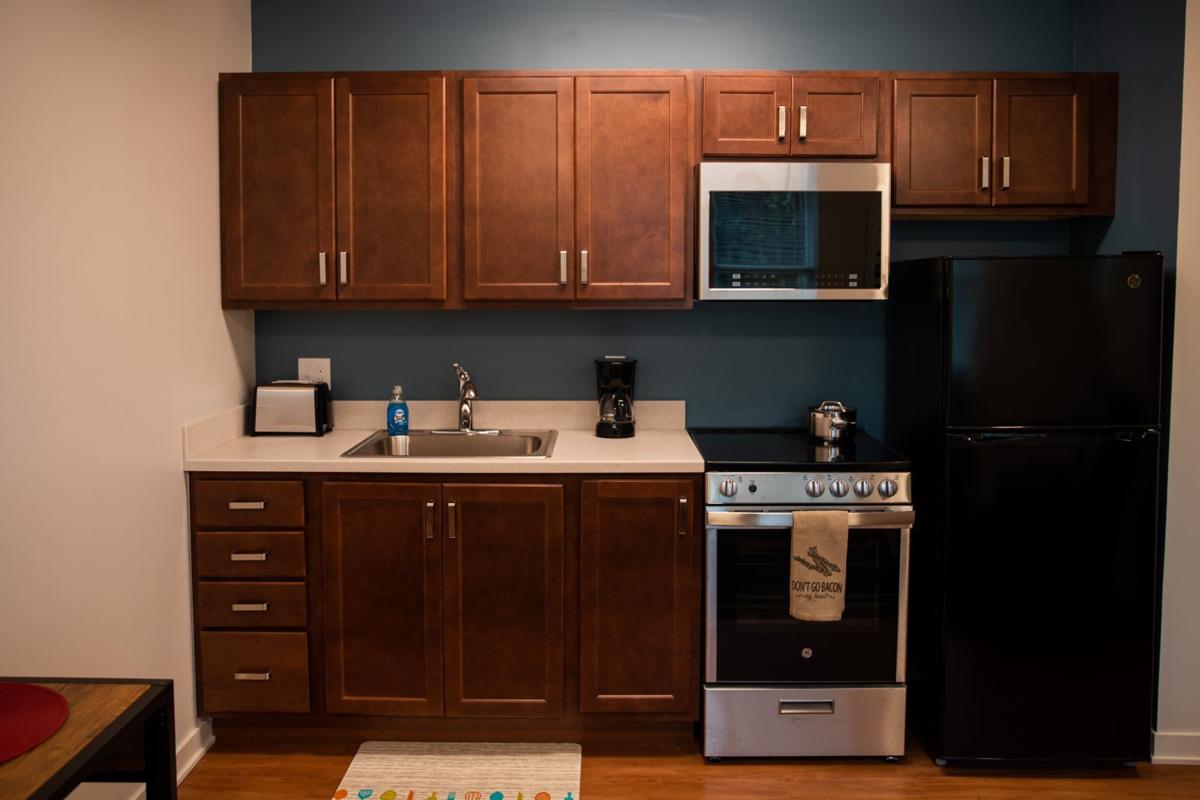 A kitchen at the Victory II Apartments in Omaha on Thursday, September 17, 2020. The apartments are designated for homeless veterans, with supportive services from the VA also on site.

Byron Farrington loves to wear his black Stetson hat and cowboy boots. Now, for the first time in a long while, he’s got a closet to put them in at the end of the day.

Formerly homeless, the Army veteran has settled in at his new place at the Victory II Apartments, a newly opened complex on the former campus of Grace University in Omaha. It’s a vast improvement over his former quarters, beneath a downtown bridge.

“I love it. I can sit in the house and watch TV, or look out the window,” said Farrington, pointing to his third-floor apartment.

Kelly, who served as secretary of Homeland Security and chief of staff in the Trump administration, noted that very few Americans serve in the military, or even know anyone who does. The people who do step up are special.

“These are incredible people,” he said. “As Americans, we should be so proud they come from our society. And when they need help, we should give it to them.”

Kelly’s son, 1st Lt. Robert Kelly, was killed in Afghanistan in 2010 and is buried at Arlington National Cemetery.

Mon Oct 5 , 2020
(Realtor) A modest condominium in Lake Worth, Florida, ended up in a bidding war after hitting the market in August. While the neighborhood and the property itself may have attracted some bidders, more people were likely lured in by its one-of-a-kind décor — and the promise of a lifetime supply […]