The Musical Moodboard is a recurring EW feature where musicians run down the inspirations behind a new album.

© Provided by Entertainment Weekly
Illustration by Anne Latini for EW


Since his precocious early teens, Conor Oberst, now 40, has carried out his unofficial duties as a sort of Swiss Army knife of indie rock — a one-man juggernaut constantly moving between various bands and genres, from the alt-supergroup Monsters of Folk to the recent Phoebe Bridgers collaboration Better Oblivion Community Center.

None, though, have reached quite as far and deep as Bright Eyes, his longtime collaboration with multi-instrumentalists Nate Walcott, 42, and Mike Mogis, 46.  Though the group went on hiatus nearly a decade ago to focus on other projects, a fortuitous phone call from a Christmas party at Walcott’s Los Angeles home back in 2017 (“Nate and I snuck into the bathroom to call Mike,” Oberst remembers with a laugh, “and he was into it”) brought them back to the table again.

“We were never out of each other’s lives in any way,” the Nebraska native explains via Zoom from California, where’s he’s been sheltering. “But at some point a couple years ago it kind of felt like it was the right time to get back together and go back to home base, in a weird way. One of the reasons it’s nice to be making music with these two guys again is that so much can go unsaid… Obviously I’ve had my experiences in the last decade, and so have Mike and Nate. So it’s not like we’re going, “Hey, we’re 25 again!’ It’s the same band, but in 2020.”

© Illustration by Anne Latini for EW
Conor Oberst, Mike Mogis, and Nate Walcott share the inspirations behind their first record in nine years.


On the eve of BE’s latest, Down in the Weeds, Where the World Once Was (due on Dead Oceans, Aug. 21), the trio sat down with EW to share some of the left-field inspirations — including Care Bears, vintage organs, and Harrison Ford — that informed their bittersweet return.

Like all Bright Eyes records, Weeds starts with a sort of happy cacophony: “A friend of mine and I own a bar in Omaha called Pageturners,” Oberst says. “Every Thursday night for years, our friend Dan McCarthy played ragtime piano there for happy hour, and I always associated that with a joyous thing that made me feel good, so I asked Nate here to write a ragtime piece for the occasion. Then we closed the bar for the night, had all of our friends come in, and gave them little cue cards and set up microphones so we could catch everyone’s conversations.”

Though some of the more intimate vocal snippets, he admits, came from another kind of field trip: “That’s Corina — my now ex-wife but still my best friend — and my mom, Nancy. We got together on a separate night and all took some psychedelic mushrooms, then recorded, like, three hours of us talking.… There was an elaborate editing process after that,” he adds with a laugh. “Obviously.”

Oberst’s bandmate Mike Mogis, 46, whose own marriage also ended recently, found another kind of inspiration in the animated canine whimsy of a 2018 Wes Anderson film.“My ex and I were talking about our divorce, but we didn’t want to do it in the house because of the kids,” he recalls. “So we went to this movie theater and ended up seeing Isle of Dogs together, and the memory of that song [the West Coast Pop Art Experimental Band’s warbling 1967 ballad “I Won’t Hurt You”], it really affected me. I remember coming back and playing my guitar, and I totally ripped it off for a Bright Eyes song.”

“Have you ever watched Harrison Ford in an interview?” Nate Walcott, 42, asks. “I’m not even such a big fan of his work necessarily, but he seems like a very intelligent and articulate guy, and I saw him being asked what his favorite Star Wars movie was and his answer is always: ‘They’re just bricks. Brick by brick by brick.’ That’s kind of how I feel about these songs because each one has something that I love very much, and if we were to remove it, it wouldn’t be a complete picture.”

Of all the guests on the album — including Queens of the Stone Age drummer Jon Theodore and Warpaint’s Jenny Lee Lindberg — one may surprise longtime BE fans: “Nate’s been on tour the last three years with Red Hot Chili Peppers, so Flea ended up playing a bunch on our record,” says Oberst. “It’s the most tasteful slap bass you’ve ever heard!” Walcott promises. “Slap bass gets a bad rap, but it’s great.”

“I’ve always liked this band called Boards of Canada,” says Walcott. “But if you’ve ever listened to the musical score from Care Bears, the cartoon from the ’80s, it’s incredible. I feel, like, Boards of Canada were listening to Care Bears, actually, because it’s all f—ed up broken-sounding analog synths. My daughter Aurora, who’s four, has got really into it, and it’s kind of incredible what they were doing in the early ‘80s for animated TV shows, you know?”

What’s that wheezy, seesawing organ sound on “Tilt a Whirl” and “Pan and Broom”? “Show her the Marxophone!” Oberst commands, grinning. Mogis hoists his laptop to reveal a little brown zither lurking in his Omaha studio that looks like a cross between a very small harpsichord and a Ouija board. “It makes this eerie sound,” he explains. “There’s something kind of creepy about it but also really pretty, I think—the stuttering aspect of it.” “It was meant to sound sort of like a broken organ,” Walcott adds, “and we just made it sound more broken.”

“I made a record a few years ago with my other band, Desaparecidos, called Payola, which is the most overtly political album I’ve ever made — like, literally every song could be a segment on Democracy Now! — and no one gave a s—,” Oberst says, laughing. “Obviously we were writing all of these [Weeds] songs way before the pandemic or George Floyd, all the things we’re dealing with now, so I feel like you can only write songs for the moment you’re living in… “I had been through a lot of changes in my life [recently], and you know how sometimes that makes you want to really expand your horizons or try something totally new and wild? I kind of felt the opposite — like I’m going to just go and make music with my friends, the way we used to do.”

The Five Most Instagram-Worthy Motels In The West

Tue Aug 18 , 2020
With coronavirus travel restrictions still in place, and some wariness to board flights, 2020 has become the year of roadtrips. To get the most Americana per mile while you salvage your vacation, book a night at a roadside motel. If it’s been a while since you’ve stayed in a motel, […] 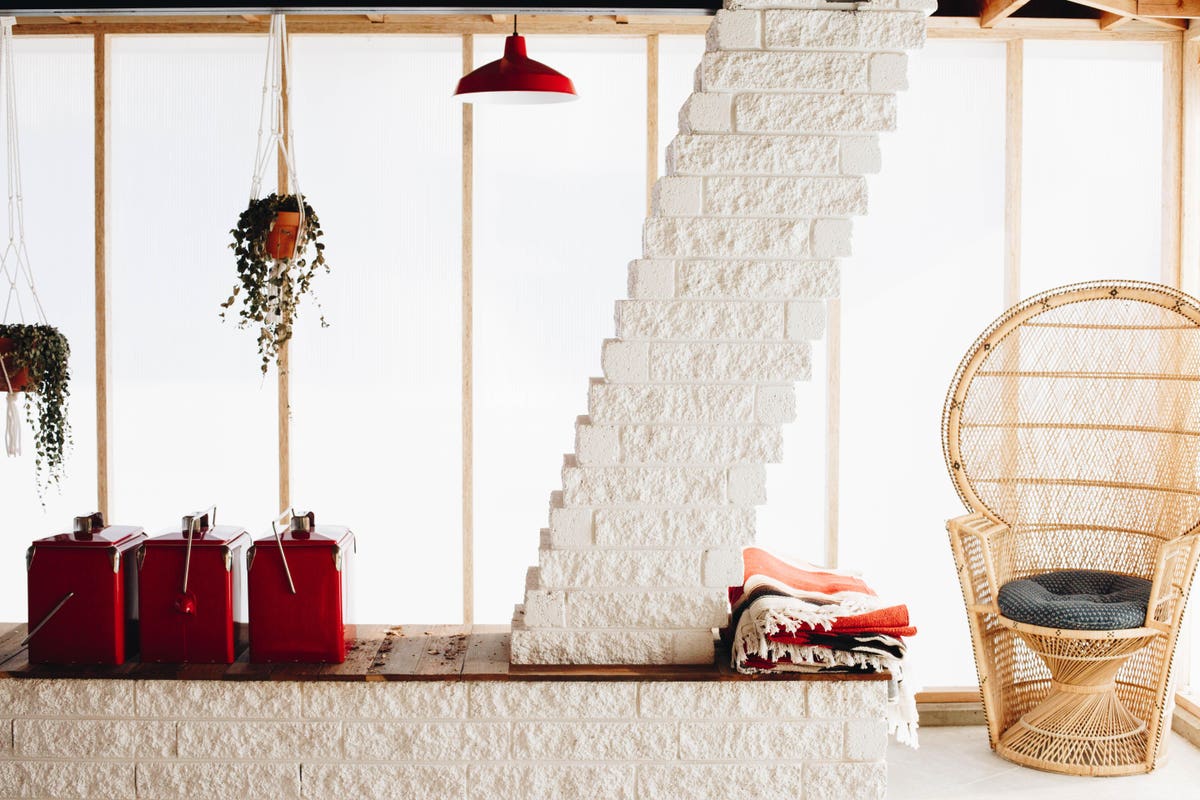