With NFL Sunday Ticket on DIRECTV, Chris and Dawn Lindstrom can watch every Atlanta Falcons game in their Dudley home, keeping, of course, a close eye on their son Chris, who is the Falcons’ starting right guard.

In fact, Chris Sr., who coached Chris Jr. at Shepherd Hill Regional, doesn’t really pay much attention to anything else besides his son’s stance and splits and blocking.

“All I do is focus on Christopher,” Chris Sr. said this week.

When the Falcons are on defense, Chris Sr. gets up to stretch his legs, grab a snack or use the bathroom, but that may not be possible this week.

The Falcons are at Dallas, and rookie tight end Sean McKeon, who also starred at Shepherd Hill and played alongside Chris Jr., is expected to make his NFL debut for the Cowboys.

“I’ll get no break now,” Chris Sr., who coached Shepherd Hill for 16 seasons, said happily. “I’ll also be zeroing in on Sean.

The Cowboys are allowing a limited number of fans at Sunday’s game, and Chris Sr. is among them. He flew to Dallas Friday afternoon and will see Chris Jr. play in person as a pro for the first time.

McKeon, a Charlton resident who was a three-time All-Big Ten honorable mention performer at the University of Michigan, made the Cowboys’ 53-man roster as an undrafted free agent.

Young Chris Lindstrom, a Boston College All-America offensive lineman, was a Falcons’ first-round selection (No. 14 overall) in the 2019 NFL Draft.

In the two years Lindstrom and McKeon were Shepherd Hill teammates, the Rams went 19-4.

They have already made their families, friends, hometowns and high school alma mater proud, but when Lindstrom and McKeon are on the same field at AT&T Stadium as NFL opponents Sunday, it will be extra special for everyone that has supported their dreams and seen the dedication it took to attain them.

“We’re just so proud of them and so proud of our entire program,” fourth-year Shepherd Hill coach Ryan Dugan, who is Chris Jr.’s brother, said. “To see two guys on an NFL field that you coached, it’s pretty outstanding. A lot of credit goes to a lot of people and start right at the top of the program that big Chris built and established and really set the tone of what we expect of our players.

“When you think about professional athletics and look at the statistics,” Dugan said, “it’s virtually impossible to become a professional athlete. We tell our kids only about two percent of high school athletes get a (college) scholarship and less than one percent of those play professionally in their sport, so the numbers are astronomical. The fact that we’re fortunate enough to have alumni being in the NFL two straight years is really outstanding.”

The 6-foot-5, 246-pound McKeon played in 40 career games for the Wolverines and finished with 60 receptions for 668 yards and six touchdowns while being a solid blocker.

A hamstring injury limited McKeon in this year’s NFL Scouting Combine, then, coronavirus struck and altered much of the pre-draft process. Dugan helped out videotaping and editing McKeon’s virtual pro day, which McKeon’s agent sent out to NFL teams.

After watching the final rounds of the NFL Draft at home with his parents, Paul and Charlotte, McKeon signed with Dallas, and was one of three undrafted rookies to make the Cowboys’ 53-man roster.

“It shows you the depth of what this kid is made of,” Chris Sr. said, “to go in there as a free agent and make the team is phenomenal.”

McKeon began the year as one of four Cowboys tight ends. He was inactive in last week’s season opener at the Rams, but, after TE Blake Jarwin tore his ACL in the 20-17 loss, moved up the depth chart this week.

“Sean set the goal of being the NFL,” Dugan said, “and talk about the stars aligning that it looks like his first game is going to be against the Falcons.”

The 6-foot-3, 307-pound Lindstrom broke his foot in Atlanta’s 2019 opener and missed the next 11 games. He returned in December and helped the Falcons win their final four games.

During the coronavirus lockdown, Lindstrom spent time at home working out with his brother Alec, a standout redshirt junior offensive lineman at BC.

“Then after the game we talk about every play,” Chris Sr., who was a hall of fame lineman at Boston University, said, “and I say, ‘Oh, you looked a little slow on the screen,’ or ‘your pass blocking was great.’ It’s fun, because he knows I’m watching every play.”

“We’re very, very fortunate in recent memory to have a lot of guys from Central Mass. play in the NFL and serve as inspiration and show it can be done,” Dugan said. “We’re fortunate and we’re very, very proud to see our guys at the highest level and to have everything work out so perfectly that their teams face off this early in the season is outstanding.”

As Chris Sr. pointed out, Shepherd Hill could have two more alums, Alec and UConn running back Kevin Mensah, in the league in the near future.

“I text them all the time, ‘Are you guys working hard enough? Let’s go!’” Chris Sr. said.

Dugan uses Lindstrom’s and McKeon’s achievements as motivation for his current players.

“What they can demonstrate,” Dugan said, “is if you set your mind to something and every decision you make is ‘I want to attain this goal,’ and you stick to that and work hard and put in the time and the effort, you have a chance to be very successful.”

10 Viral TikTok Items on Amazon That Are Actually Worth Buying

Sat Sep 19 , 2020
Amazon TikTok is known for its creative dances, hilarious videos, and new era of stars. To some, it’s also the place to go for shopping inspiration, especially when it comes to finding new home, kitchen, and beauty hacks.  Many of these ideas live under the hashtag #FoundItOnAmazon, which users add […] 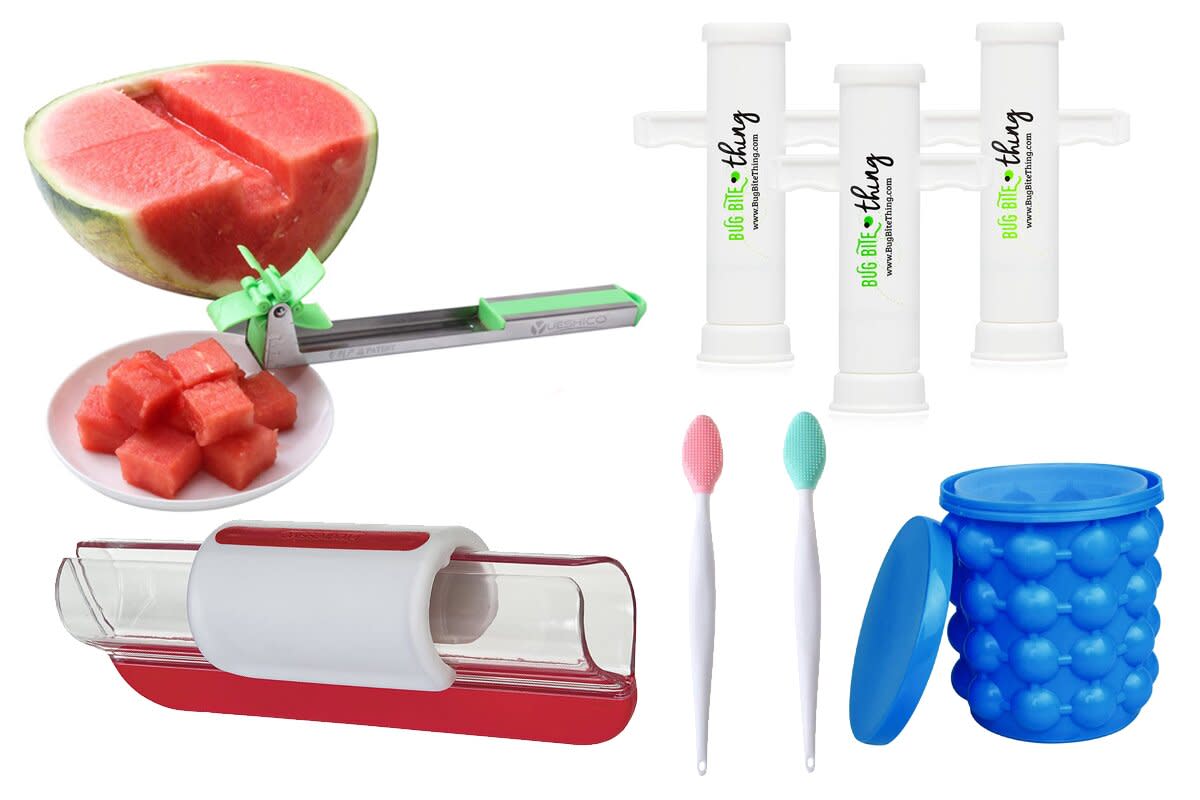