TEMPE, AZ (3TV/CBS 5) – Chris Taylor is a combat veteran who served 18 months in Afghanistan as a sergeant who specialized in psychological warfare. He returned home to prepare for a different battle: politics.

“I finally had realized what everyone said when they say that addiction is a progressive disease,” said Taylor.

Taylor, a Republican, was considered by many in the GOP to be a rising star and was often compared to the late Senator John McCain because of their military experience. Taylor was running for congress in District 1 against Democrat Tom O’Halleran.

Heroes of his like Sen. McCain, he says, were being bashed by his supporters.

But then, Taylor’s life spiraled. Another war was waged. This time, instead of fighting terrorists, Taylor was battling his demons. He was 6 years clean from heroin. In February, he relapsed. His wife found him nearly dead convulsing on the ground in their home. 911 operators helped keep him alive.

Taylor loves his family but his battle with addiction was his biggest enemy.

“911, what’s your emergency?” asked the dispatcher.

“Oh my god! My husband. I don’t know, something’s wrong with him. Something’s happening in the bathroom. I can’t get him out! Please come quickly. It’s probably heroin,” his wife said.

“OK. You think it’s heroin? Like an overdose?” the dispatcher asked.

“Who is it that overdosed?” the dispatcher said.

“Chris! Oh my god! Chris! Are you OK? He’s throwing up everywhere,” said the wife.

Taylor sat down for an in-depth interview to talk about his battle with addiction, and his near death experience.

“I remember my right hand started to seize up. My vision went blurry. I knew I was about to pass out. And, so I tried to yell out for help for my wife to hear me. Before I could get that out of my mouth, I fell backwards and hit the ground like a ton of bricks. I did the heroin like I had before many times. The same amount. The same way. But, immediately I knew something was different. The shot of heroin hit me like a lightning bolt,” says Taylor.

His wife heard the loud bang coming from the bathroom, and she kicked the door down only to find her husband on the ground, nearly dead.

“I had a little bit more heroin and I told myself this was the last time. I can’t do this, you know. I have everything to live for. I have a beautiful family—a beautiful 1-year-old son. My daughter was 4. I had everything going for me as a 33-year-old leading the republican primary,” Taylor says with tears in his eyes.

Taylor has built a life of public service. He was a fireman, a combat veteran, a city councilman, a congressional candidate, and most importantly, a family man. From the outside looking in, Taylor had it all. But in reality, he was battling his biggest enemy: heroin addiction.

“I finally had realized what everyone said when they say that addiction is a progressive disease and, I couldn’t believe after almost 6 years of sobriety, I went right back to where I was 6 years before after my life had changed. It’s like my addiction was just dormant and it was right back and I fell farther, faster. The bottom was more deep than I could imagine and I couldn’t pull myself out.”

He says the campaign trail was toxic. Heroes of his like Sen. McCain, he says, were being bashed by his supporters. Eventually, he cracked.

“I felt like a lot of people counted on me and a lot of people saw me as an inspiration. I just tried to do it on my own. The stress of raising the money I needed to raise to be successful and to be a legitimate candidate. It was overwhelming and I got blindsided and I relapsed. Everywhere I went on the campaign trail because I was a combat veteran and that was a big part of my campaign, they would say ‘Well, you remind us of a young John McCain’ and ‘Because of your religion, you remind us of a young Jeff Flake.’ And then they would ask me, ‘Are you going to be a traitor to your country?’ I can’t even say some of the words that I heard and everything in me wanted to say, ‘Yeah. That’s exactly how I’m going to be. I’m going to be an independent thinker. I’m not going to blindly follow anybody,'” says Taylor.

Taylor says he knew he could no longer support President Donald Trump after the president called McCain a “loser.”

“He attacked John McCain and said that he wasn’t a war hero because he was captured and man it hurt my soul. Sen. McCain spent 5 years in a POW camp. To the day he died, he couldn’t lift his arms over his head because of the torture and abuse he suffered. I can’t fathom a commander-in-chief seeing solders like that and that’s just something I could never come to terms with that.”

“You talk about how it truly felt like your soul was slowly being ripped away running as a Republican in 2020 for a congressional seat under Trump’s Republican party. Did that play a role in leading to that relapse?” Lee asked.

“It definitely played a role. It definitely played a role. John McCain, Jeff Flake, Mitt Romney, George H.W. Bush, Republicans like that. Men of honor and decency and civility. Those are people the Republican party used to look to as our standard bearers and for good reasons and it just seemed like everything changed overnight in 2016,” Taylor replied.

Taylor knows that some of his supporters have given up on him. But, he says he’s willing to be open about his struggles because so many other families are fighting the same battle of addiction.

“Everybody knows someone who is dealing with addiction. It’s no longer a small group of people that deal with it. There are so many families that are destroyed by it, and likewise, there are so many people that are courageous to come out and just speak openly and honestly about it. People relate more to honestly and transparency and struggle because whatever the struggle is, we are all fighting daily struggles, whether it’s addiction or other mental health.”

Taylor says he’s switched from Republican to Independent. He says he was disappointed that no one in Republican leadership called him after he relapsed and was in treatment at the VA Hospital. He did, however, receive a phone call from his opponent in the race, O’Halleran. Taylor wants to keep the conversation private, but did tell Arizona’s Family that O’Halleran wished him well in his recovery.

As for getting back on the campaign trail, Taylor said he’s not sure.

“I don’t know if there’s a future in politics for me but, regardless, my mission before and my mission now is to do everything possible to break the stigma because we have people in this state that are suffering and dying at an alarming rate,” Taylor said.

How to DIY Your Own Spa Bathroom for Max Relaxation

Thu Sep 17 , 2020
Spending more time at home generally means spending more time in your bathroom, literally (whether it’s your escape for a bit of quiet, your makeshift WFH office for private calls, or the place you’ve recently rediscovered the small-but-mighty joy of baths). Consequently, you’ve gotten more reacquainted with that past-its-prime soap […] 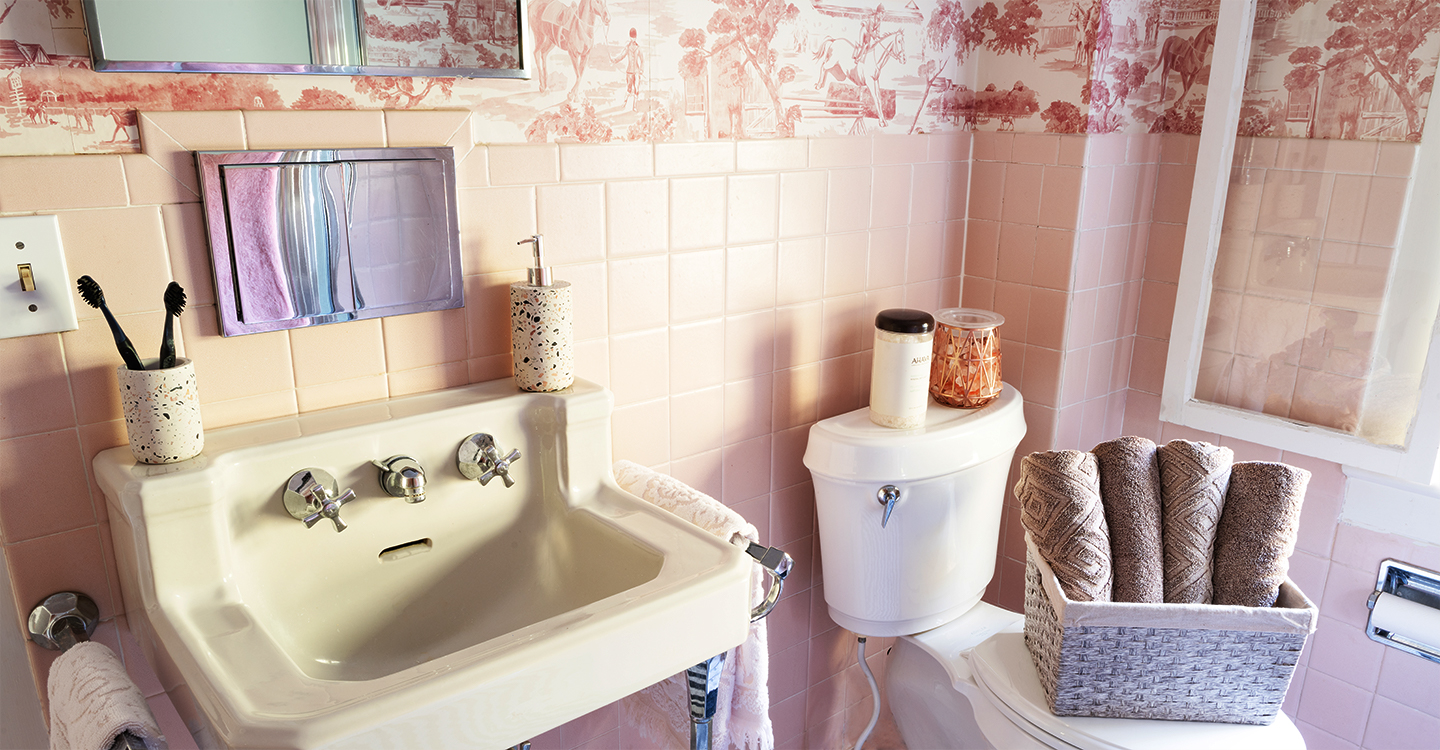