Wiltbank, 32, who works out of her home studio in Bothell, specializes in painting and drawing flowers. Her floral designs adorn affirmation cards, rocks, storefront windows and tapestries, as well as second-hand jeans and blouses.

Now her flowers, painted on paper and hanging from clotheslines, decorate the garage of a 120-year-old home at 10304 NE 185th St. in downtown Bothell.

A notice posted at the Wally House — it’s named for the man who lived there — explains that the 1,310-square-foot residence from 1900 will soon be demolished and 13 townhomes built in its place.

The Wiltbank family moved to Bothell from West Seattle about a year and a half ago. Wiltbank and her 2-year-old daughter pass by the house all the time on walks through the neighborhood.

The stay-at-home-mom loves to draw and paint flowers, so she decided to cover up the garage’s peeling paint with colorful blooms. On one side of the garage, she painted the message “You are beautiful” and surrounded it with flowers. Across the garage door are four clotheslines that she’s pinned up to offer flowers painted on paper for free.

“I’ve been painting every day, and I have an excess of flowers, and I’d been looking for a place to put them,” she said. “I’m not sure what sparked it, but I put them up there to make it beautiful and to bring joy to people.”

In the week or so since, Wiltbank estimates that she’s painted 70 paper flowers to give away at the garage. She tries to make 20 more each day to pin up on the clotheslines for passersby to enjoy. She’ll keep painting them and pinning them up as supplies last.

Why is Wiltbank giving away free flowers? She lives by a quote from Buddha: “True happiness comes when your work and your words are of benefit to others.”

“I rack my brain all the time, trying to figure out why am I only doing flowers,” she said. “Happiness is flowers. If other people like them, it can bring a little bit of color into their lives.”

Most of the jeans Wiltbank has painted with flowers are her own. If it weren’t for the coronavirus, she’d be frequenting thrift shops to load up on second-hand jeans that she could paint and then sell online. She already has a name for her future custom-painted clothing line — Nonnel & Nitruc are her first name and maiden last name spelled backward.

“I just started painting all of my clothes, and now half of my stuff is painted with flowers,” Wiltbank said. “Sometimes when I go out I look like an absolute Froot Loop because I’m just covered in painted flowers. I think it’s quite hilarious.”

Not too long ago, Wiltbank also “flower bombed” her favorite store in Seattle.

She told the owner of Clementines, a shoes, clothing and accessories store in Pioneer Square, about all the flowers she’d been painting with excess paint and paper she had been given. She showed some pictures of her flowers.

Owner Linda Walsh was about to reopen her store and wanted to decorate it with as many flowers as she could. Walsh asked Wiltbank to paint flowers for Clementines’ storefront, telling her “I want you to explode flowers in my shop.”

“Lennon and I were on the same wavelength,” Walsh said. “I wanted to have flowers everywhere for a little bit of joy. I brought in fresh flowers, I bought a new area rug that is covered with flowers, and it was funny because then Lennon said, ‘Look, I’ve been making these flowers’ and I said, ‘Oh my God, I love them.’”

Wiltbank’s flowers not only adorn the storefront window, but a papered corner of the shop that can be seen from the street. A glass panel that lines the store’s staircase also is filled with a variety of blooms. Wiltbank estimates that she covered 200 square feet of the shop with colorful flowers.

Walsh said that passerby will stop and clap or snap pictures when they see the flowers in the window.

“It’s that momentary ‘Oh man! Those are so beautiful!” she said. “It makes you happy for that moment when you see this beautiful unexpected thing.”

Wiltbank paints the flowers on sheets of paper, then cuts each bloom out, and glues them onto a black matting so that they won’t rip or curl.

Wiltbank has been drawing and painting for as long as she can remember — “I grew up with art in the house as a child.” Her mother earned a fine arts degree from Pacific Lutheran University when Lennon was 12 years old. Through her mother, Wiltbank learned about pastels, charcoal, clay sculpture and photography.

Her flowers have evolved from a doodle she’s done since childhood. She puts her hand on the paper and moves her fingers back and forth as she draws in five, six or seven petals and a center.

“That motion is really easy for me to do, and it’s a relaxing thing for me to do,” said Wiltbank, who also is a notary. “I can be watching a movie or outside playing with my daughter and making flowers.”

About a year ago, Wilbank turned the garage of her Bothell home into her art studio. She wanted a creative space to make affirmation cards that feature sayings like “I am happy, I am healthy” or “I am beautiful” that are meant to be carried around in your wallet or stuck on your mirror, so that when you see it, you’ll be reminded.

She decorates each card with flowers, too, of course.

“I grew up with that,” Wiltbank said, adding that she has a sister. “If we didn’t feel good or had a bad attitude, we’d have to go to the bathroom and look in the mirror and say ‘I feel good, I feel great’ as many times as it took to start laughing or change your attitude. Positivity at its core is great.”

Walsh said she loves that Wiltbank adorned a garage in her Bothell neighborhood with more flowers.

“Little pieces of inspiration where you can find them are important to us, especially now, when we’re all about survival. Art is important to survival. I’m happy for it to exist in our world, no matter how bleak it may seem right now.”

If you’d like to purchase Wiltbank’s paper flowers, email her at [email protected] Do you have one of Wiltbank’s flowers? Find the flower you picked on Instagram @lawiltbankart. Go to www.lawiltbankart.com for more information.

Artist Lennon Wiltbank’s flowers decorate the garage of a vacant home in downtown Bothell. She says she hopes to spread joy in her neighborhood. (Olivia Vanni / The Herald)

Passersby have posted notes of thanks on Lennon Wiltbank’s art project in Bothell. (Olivia Vanni / The Herald)

Lennon Wiltbank gets help from her daughter Ottilie Wiltbank, 2, hanging up new flower paintings for admirers to take for free. (Olivia Vanni / The Herald)

A detail of one of Lennon Wiltbank’s flower paintings. (Olivia Vanni / The Herald)

Lennon Wiltbank’s flowers adorn the garage of an abandoned and soon-to-be-demolished home in downtown Bothell. (Olivia Vanni / The Herald)

Thu Aug 6 , 2020
From Harper’s BAZAAR We’ve all felt the unpleasant shock of a cold shower, whether it’s down to being last in line for the bathroom or because someone’s turned a tap on elsewhere in the house. However, it’s becoming increasingly popular for athletes to ditch the hot tap in the name […] 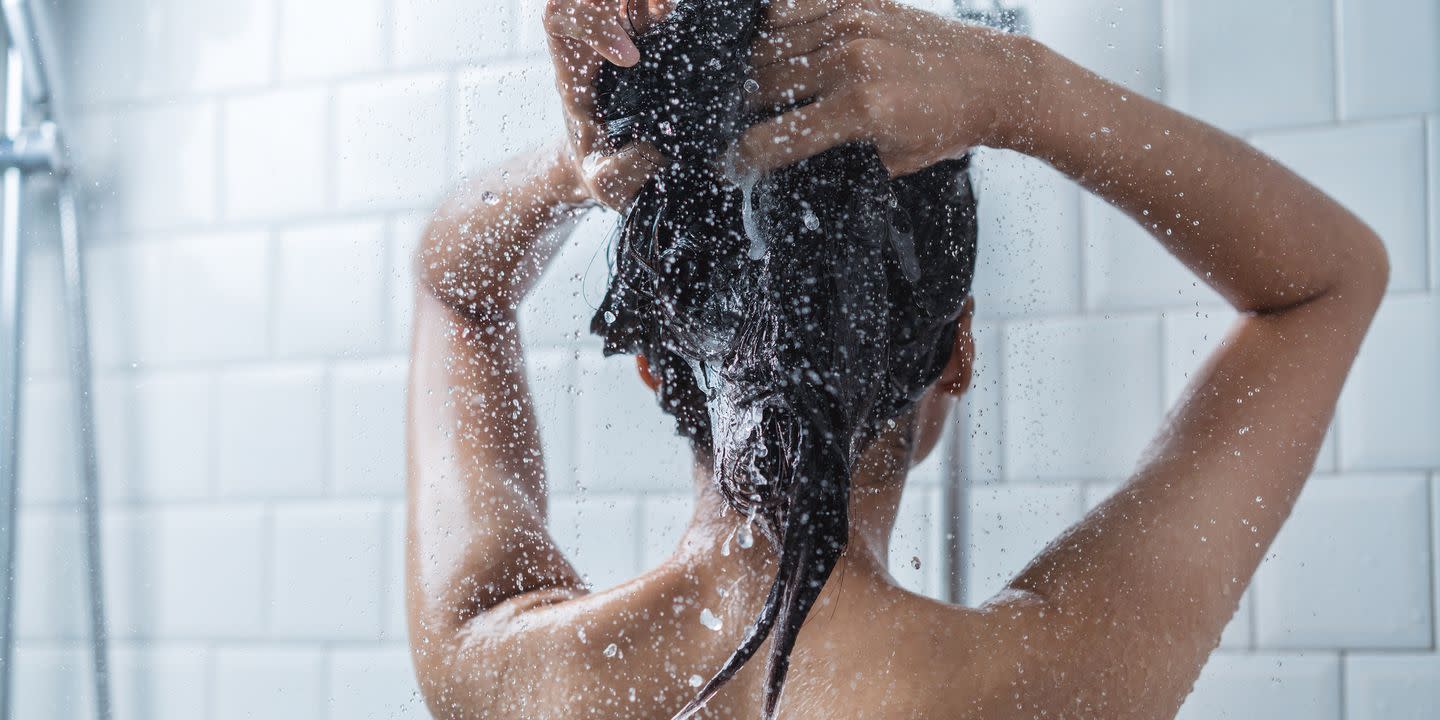