I was lying in bed staring up at the clouds scudding across the sky. It was morning, and probably time to get up, but watching the kaleidoscope of blue and white through a little window in the roof was strangely compelling. And, anyhow, I didn’t have anywhere to be or anything to do. Which was why I had come to Campwell, a woodland camp around six miles north-east of Bath, where the philosophy is to “discover your calm” in a wild setting.

The sense that Campwell is a special place was palpable even before we arrived – roads narrowed and trees encroached until we came to a wooden sign and turned onto an unpaved track, bumping along until it petered out altogether. We parked the car and carried our stuff along an uneven footpath deeper into the woods. I was with my 10-year-old son, who started hopping about with excitement as soon as he spotted the outdoor kitchen. Within seconds of clocking the wood-fired rocket stoves, he had the sausages out of the coolbox and was grabbing handfuls of kindling.

Campwell is a recent arrival: it opened on a stormy February weekend just a few weeks before lockdown, but emerged from an established site – the Cherry Wood Project. Tim Gatfield bought Cherry Wood in 2005 and began running courses in green woodworking and sharing his knowledge of woodland management. Over the years, Gatfield built various structures for students – and his family – to live in. After moving to Devon in 2019, he handed site management to Tim Bowles, who runs a campsite on his nearby family farm and was looking for a new challenge.

The Cherry Wood Project became Campwell, and the handcrafted yurts, steep-roofed huts and a cob roundhouse (where we stayed) are now guest accommodation. But the ethos of low-impact living remains. The site is off-grid and guests are encouraged to lock their phones away for the duration of their stay. As well as the outdoor kitchen, each yurt and hut has its own firepit for barbecuing, and there’s a shared shower block, where one loo and shower look out into the woods. From the autumn there will be re-wilding retreats with workshops on breathing, stress management and foraging.

Even before the pandemic the popularity of remote getaways was growing. Post-lockdown, escaping to a rural hideaway has greater appeal, not just because of anxiety about crowded spaces, but because being immersed in nature is the balm many of us crave after the shock of recent months.

As well as 16 hectares (40 acres) of woodland, Campwell is well placed for walks into the surrounding countryside – with views across St Catherine’s valley. Unfortunately, I’ve yet to convince my son that walking is a wonderful thing. So, instead of a stroll, we joined Will Barsley, site supervisor and expert woodworker, for a woodcarving session.

An inspiration for anyone who spent lockdown considering a career change, Will gave up a desk job with the Food and Agriculture Organization of the UN to take a three-year course in historic carving at City & Guilds Art School. Now, he makes a living working on private commissions and restoration work – most recently he’s been part of the team restoring the hammer-beam ceiling of Westminster Hall, the oldest part of the Houses of Parliament. Over two hours, he taught us how to carve a leaf in relief. I’m not sure what was more enjoyable, chiselling a piece of cherry wood in the open air or – after months of homeschooling – having someone with more patience than me teach my son.

We could have done with Will’s gentle encouragement the next day, when I insisted we head off for a pre-breakfast swim in the lake just beyond the camp’s boundary. Not surprisingly, given the drizzle, my son balked at a dip, but having insisted it would be exhilarating, I couldn’t back down. The peaceful setting was shattered by my squeals as my feet sank into the gloopy clay bottom. While I did a quick lap of the very small lake my son clambered into a wooden canoe left on the shore for guests – or the “dug-out water lines service”, as he dubbed it – and, in a rare moment of calm, drifted off on his own, lying down in the canoe, listening to the birds. Campwell was clearly working its magic.

Back at camp it was time to graduate from the little wood-burning stoves we’d used to cook bacon and eggs for breakfast to the big cob oven. I made dough and tomato sauce and was pleased with the results – until I realised I should have made the pizza directly onto the giant paddle used to transport it into the oven. Our dinner was a messy pile of dough and topping, one half burnt, the other slightly underdone. While our lack of pizza success would have been a frustration at home, somehow it didn’t matter here. We spent the rest of the evening chatting to other guests – being outdoors meant there was enough space to ensure social distancing even in the communal kitchen – before putting on our headtorches and retiring to bed, a bit grubby and smelling of wood-smoke but happy.

• Accommodation was provided by Campwell. Prices from £89 a night (low season midweek) to £119 a night (high season weekend); minimum two-night stay. To book a rewilding retreat (£350pp or £650 for a couple, 9 October) contact Tim Bowles through the Campwell site

Tue Aug 11 , 2020
Nicknamed “The Eagle of Iran” by his peers because of the golden eagle tattoo on his back, Vahid Moradi was a notorious gangster who spent most of his life in and out of Iranian prisons. Not much is known about his upbringing or childhood, but throughout his life, The Eagle served […] 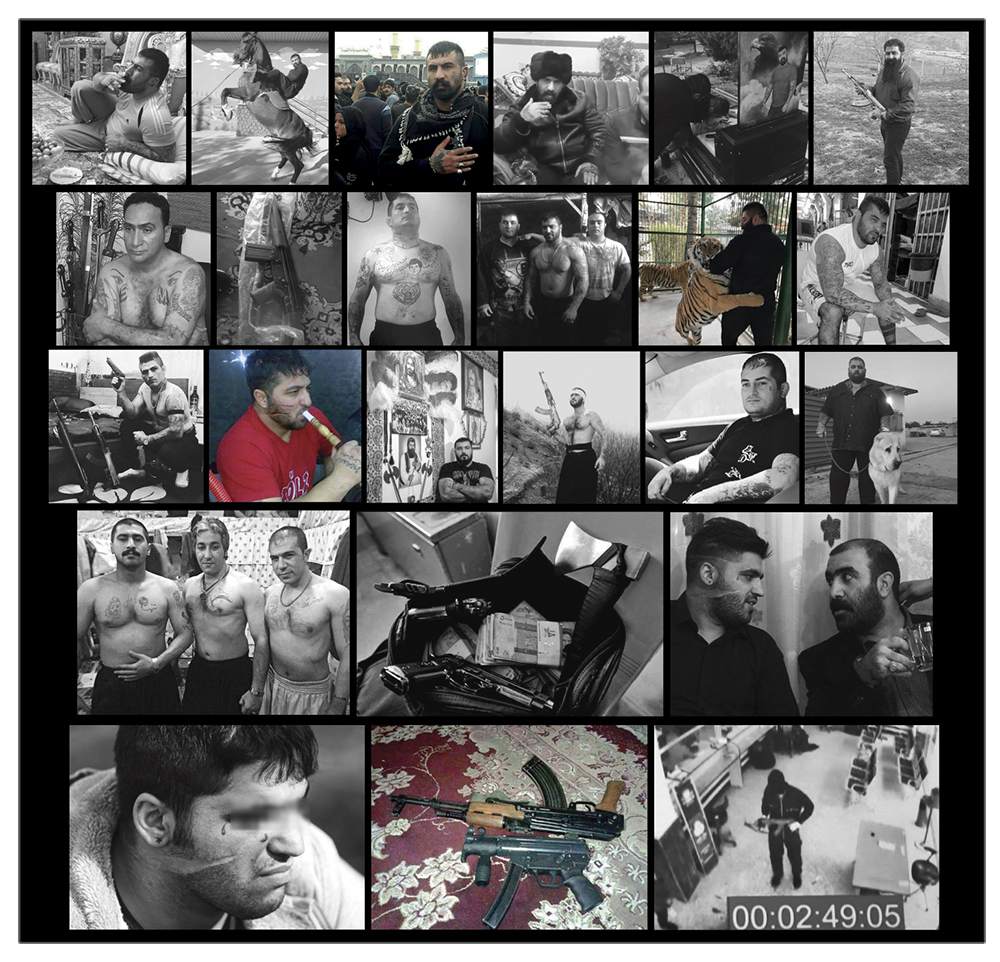