NEW DELHI – Indian American researchers at Facebook AI have developed a system that enables a machine to generate a dance for any input music, creating original, creative dance routines for any music that you feed it.

The system, co-created by research scientist Devi Parikh, analyzes a music track from nearly any genre and, just moments later, cooks up some synchronized moves.

The system’s code, which is now available for download, works by detecting similarities in a song at two different points in time and then searches for similar patterns in dance move sequences.

Since the system’s only computational constraint is ensuring that its movements synchronize with the music, “it is able to generate novel dance routines, which human judges have evaluated as highly creative in comparison to other generated dances,” Facebook said.

“The AI generates new sequences of movements that might not have come naturally to people,” Parikh said.

“It adds a layer of creativity, because you can visualize a dance in a different form.”

The lead researcher behind the system, Purva Tendulkar, who works at Georgia Tech, is keen to emphasize that dancing AI is about assisting the creative process, not taking control of it.

“Our dancing agents are meant to augment, not replace, human creations by combining the best of what people and machines each excel at.”

Parikh and Tendulkar said the system could someday provide inspiration and creative insights for dancers and choreographers, whether they are amateurs busting some moves in front of the bathroom mirror, or dance industry professionals looking for a new take on a classical ballet production.

In the longer run, dancing AI might have potential in video games or fitness apps where people imitate the movements of an avatar.

Parikh said that her system is different from traditional dancing AI because it doesn’t learn from humans and then mimic them.

“It generates completely original moves to any music,” she said in a statement.

The Facebook researchers use a range of dancing agents, including pulsating discs, deforming geometric shapes and humanoid stick figures.

“The same dance visualized with different patterns or other agents affects the way people perceive the movement and the creative value they draw out of it,” Tendulkar added.

Parikh’s system is still in the early days of development, but dancing AI that can invent real-time moves in a Zumba class may not be too far off.

Parikh is working on more than dancing AI.

She has built creative AI systems that generate visual artifacts or motifs for people who are keeping journals or diaries, which allows them to record their feelings in abstract as well as concrete ways.

Parikh has also developed an unsupervised approach to creating typography that can doodle themes and words, as well as a different system for neuro-symbolic generative art, Facebook said.

Fri Aug 28 , 2020
Photography by Ron Rosenzweig. “The first time I visited my neighbors’ home as a boy, I thought, ‘I’d give anything to own such a nice home one day,’” says Timmy Grimes of the Colonial-style house he long admired in Fort Pierce’s St. Lucie Village. Nearly 40 years later, his dream […] 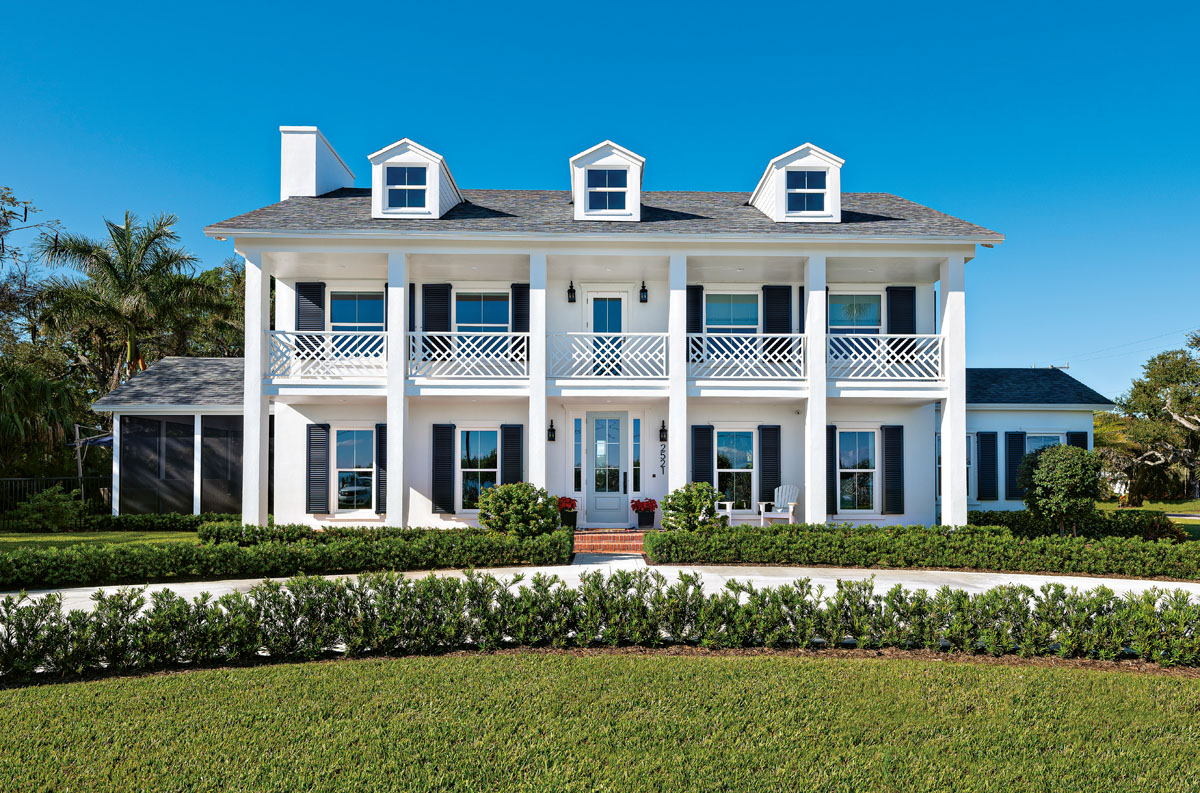