From left, Molly, Sam, Nathan and Isla Tefft, with a Brunswick town flag they designed and built for more than a year. They hope to have it adopted as the official town flag. Courtesy of the Tefft family

BRUNSWICK — For the Tefft family, inspiration for a Brunswick town flag struck in an unlikely place.

It wasn’t on the bank of the Androscoggin River, the shores of Maquoit Bay or in the heart of Brunswick’s forested town commons. Instead, inspiration struck 3,250 miles away in Bellingham, Washington.

While visiting family, Nathan Tefft and his daughters, Molly and Isla, were struck by the city’s simple yet striking and intentional flag, designed by resident Bradley Lockhart and adopted by officials in 2017. The flag represented the landscape, culture and history of Bellingham, and though no vexillological experts by any means, the Teffts wanted to bring something equally representative home to Brunswick.

So the Brunswick family got to work designing a flag they feel represents Brunswick history and landscape, but presented it to the council just weeks after the town adopted its first flag. For more than a year, Nathan, Molly and Isla Tefft learned about vexillology, or the study of flag history and symbolism, read up on the five tenets of good flag design and consulted with the likes of Lockhart and local maker Jared DeSimio on design. They picked which elements they wanted to showcase, chose the colors that would be the most meaningful, went through several designs and more construction paper mock-ups, and eventually came away with a flag, hand-stitched by Nathan Tefft’s parents, Dennis and Paula Tefft.

The five basic principles of a good flag, outlined by the North American Vexillological Association, stipulate that a flag need be simple enough that a child could draw it from memory, that it include meaningful symbols, use two to three basic colors, not have any lettering or seals and be distinctive or, if it’s intentional, easily related to another. The Teffts stuck to these tenets as much as possible.

The flag features: two points that refer to Mere Point and Princes Point, three “bays” referring to Maquoit, Middle and Thomas bays, white curves that represent both ocean waves and river rapids, green regions that, depending on how they are oriented, can be imagined as pine trees or the mouth of an Atlantic Salmon. The dark blue region represents the Atlantic Ocean, the light blue zigzag, the Androscoggin River, and the green, Brunswick’s forests.

According to the Teffts, the elements of the flag also represent the ways that the Brunswick area has brought people together.

“The rapids or waves remind us of the fishing and transportation that our waterways have provided for thousands of years,” according to the website the family made for the flag. “The lightning bolt-shaped ‘river’ reminds us of the power generation—  first for mills and later for electricity—  that brought people to live and work by the Androscoggin.”

As the process continued, Nathan Tefft said their focus shifted from representing what Brunswick meant to their family through their own experiences and connection, to representing the whole town.
“We want it to feel meaningful,” he said. “A good flag reminds you of the things that are meaningful to you… and the people, places and culture that make you proud to be where you’re from.”

“It’s important so we can have a symbol for our town and be united for it,” added Molly Tefft, 12.

The next, and hopefully final step, was to present before the town council and have it adopted as the town’s official flag.

However, just weeks before, at the groundbreaking ceremony for the new Veteran’s Plaza, Brunswick officials unveiled the town’s first flag, stamped with the Brunswick seal.

“We were kind of dismayed by that,” Nathan Tefft said, adding that they were disappointed there had been no public process.

The intent was never to block out public input, Town Manager John Eldridge said last week after the Teffts decided to present to the council anyway, but was just a response to a request to have a town flag as part of the plaza groundbreaking.

Eldridge said he “didn’t think it would be that controversial” when they decided to put the seal on the flag. “There was no process,” he added, but said the council could decide to start one.

The town seal was given to Brunswick in 1949 and represents the academic, agricultural, marine and industrial influences in Brunswick, but has “been subject to some criticism,” he said.

Councilor Steve Walker was in favor of revisting the issue with more public input.

“I don’t think that three white guys, one being a Bowdoin College professor mansplaining to a clammer and a farmer is an appropriate symbol to represent the town,” he said, extending an apology to the Teffts for not bringing the subject up sooner.

With the celebration of Maine’s bicentennial, Maine’s original 1901 state flag, a simple design with a pine tree and the north star, has captured the attention and favor of many Mainers who want to replace the current flag. It’s different, Mason said, with symbolic elements that people are drawn to. That could happen in Brunswick too.

“I encourage us to go into a public process,” he said.

Bath went through a similar process after a year’s worth of committee work, in 2013 flew the city’s official flag: a golden ship on a red background, above a blue and white sea.

According to City Councilor Sean Paulhus, who first floated the idea after a conversation with his friend, designer Jeremy Hammond, everything about the design was intentional, paying homage to the original Popham Colony, Mose High School, the city’s rich shipbuilding history and surrounding bodies of water. The committee followed the recommended vexillological design recommendations.

“It’s another way for citizens to show their community pride in an easy fashion,” he said, calling it a “symbol of heritage, of the community.”

“It’s good for communities to come up with a flag that’s unique to their history and what they represent and for the citizens to take pride in it,” he said.

As for the Teffts, they are overall pleased with the council’s willingness to open a public process, even if it’s not their flag that ends up hanging in front of the town hall or elsewhere around Brunswick. It was a learning process, Nathan Tefft said, and they look forward to seeing what happens next.

Too many cooks in the kitchen: How to build a pandemic-friendly kitchen

Tue Sep 29 , 2020
Local families are scrambling to reorganize the most-used room in the house – in a new trend called the pandemic-friendly kitchen. SAN ANTONIO — You’ve heard the phrase, too many cooks in the kitchen!  That’s what is happening in homes throughout our area as more local families eat in, stock […] 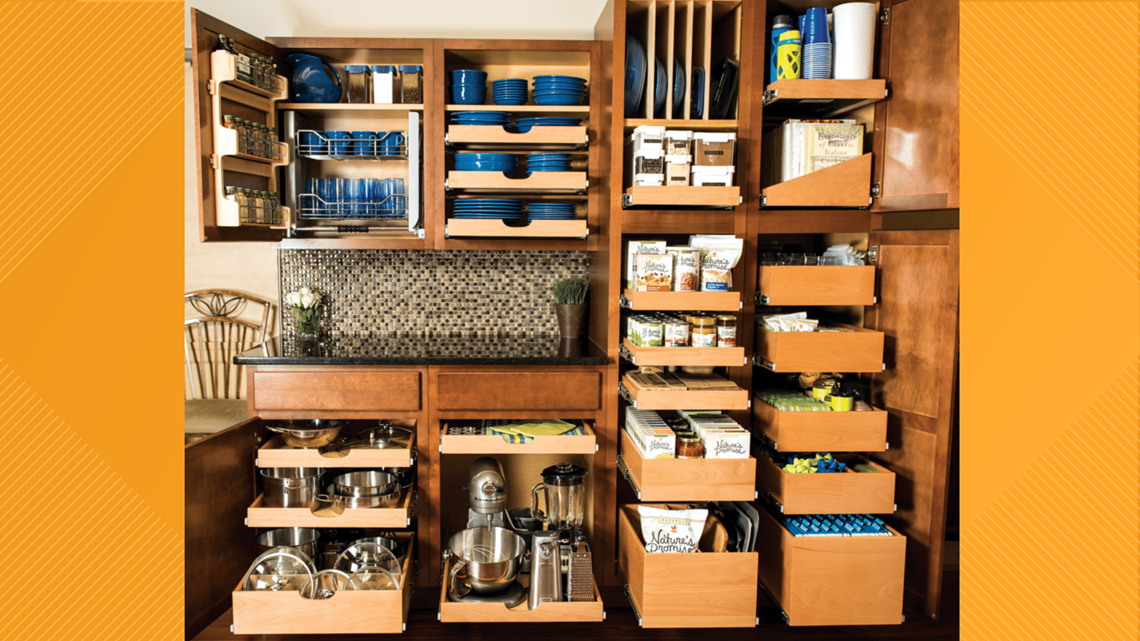