Nicki and John Kelly’s Auckland villa is filled with reminders of their globe-trotting past.

Nicki, from Bondi originally, has also called Amsterdam, California, Melbourne, Barcelona, San Francisco, Los Angeles and now New Zealand home. But what really played muse to their villa renovation was not Sydney’s coastal-chic interiors, nor the American craftsman style of California, it was the glamorous old dame, Europe.

“When I lived in Amsterdam, I saw some architecture that I’ve never seen before and the beauty of it is incredible. That’s where I fell in love with marble,” Nicki says. The inspiration board she created features big Parisian apartments and beautiful Dutch homes, with high ceilings, pillars and ornate details.

Nicki has taken this essence – crisp whites with edgy black details, soft greys, brass and gold accents, and beautiful furniture – and applied it to her New Zealand setting.

“What houses in Europe do so well is combine the old and the new. Here we’ve gone quite modern, but that’s why the villa front works so well, it’s so beautiful and old. It has that heritage feeling to it but when you walk in it’s super modern and spacious.”

In fact, there are old pieces in the house, they’re just so lovingly cared for that you wouldn’t know. The bespoke 17-year-old dining table has moved with the couple for all of their overseas stints. It was commissioned after they saw a similar one at their favourite Sydney cafe and is made from 100-year-old oak with a Carrara marble top.

Spanish influence comes in the form of a plastered fireplace surround. “I had a screenshot from a Spanish magazine and just had to have the same finish,” says Nicki. At the time, 2015, there were no such products on the market, so Nicki’s painter used a photo and YouTube videos to work out how to achieve the same look.

One of his attempts, mixing crushed pewter with the paint, didn’t quite work for the fireplace, but Nicki was so entranced with its beautiful mottled effect that she used it to paint the formal lounge. “It was a really bold move. I don’t know where I got it from because I’m not brave, but I wanted a different vibe for that room and not bright. It worked so well.”

So it’s no surprise that the Kellys’ renovation was a snappy six-month job, helped by an unusually good run of winter weather. “Up until we put the roof on, we had no rain,” she says.

Their square-front villa is exactly what Nicki wanted: “They’re my favourite type of New Zealand house.” She got to know the previous homeowner through a mutual friend and, like any good businesswoman, expressed her interest early. “I planted the seed that if they were going to sell, I would love to be talked to first.”

As with most old villas, this one had beautiful bones but a tired interior. While the Kellys kept the front in its original condition, the back was subjected to a total overhaul with a new light-filled, open-plan kitchen, living and dining space and a separate formal lounge. They also added a family bathroom, powder room and an upstairs main bedroom with office, store room, ensuite and closet.

Nicki’s design vision was set in stone. “I had picture after picture in my home folder, and when it was time to do it, I was ready,” she says. Part of her steadfast concept came from knowing what did – and didn’t – work in her previous home, one street over. “It was almost like my practice house. I figured out exactly what I wanted, so for this home I knew exactly what I was doing.”

The kitchen was part of this reckoning. “I don’t like black in my cooking workspace, but I knew from my previous all-white kitchen that I needed some black to make it a little gruntier and more established,” she says. The solution was a striking black island.

The parquet flooring concept also made its way from the old house to the new but with one hiccup: “I wanted chevron and I got herringbone, which was a little mistake, but it’s okay because I like both,” she says.

Light is an important element for Nicki, who describes herself as solar-powered. “I would only ever be in a home that has beautiful light and that’s why we didn’t renovate immediately. I needed to feel where the pockets were and from there decide where the windows would go.”

Lockdown gave Nicki a respite from busy travelling and work schedules that had almost depleted her energy resources. Now, she’s getting itchy feet: “I don’t think I can find a better house than this because it ticks every box, but I would love to do another project.”

Mon Aug 17 , 2020
Ireland Baldwin Offers Encouragement After Marking 6 Years Free of Eating Disorders Ireland Baldwin wants to offer inspiration to others. The 24-year-old model revealed on Saturday that she’s hit a big milestone, marking six years free from eating disorders.  Baldwin shared the news in a video on her Instagram, which […] 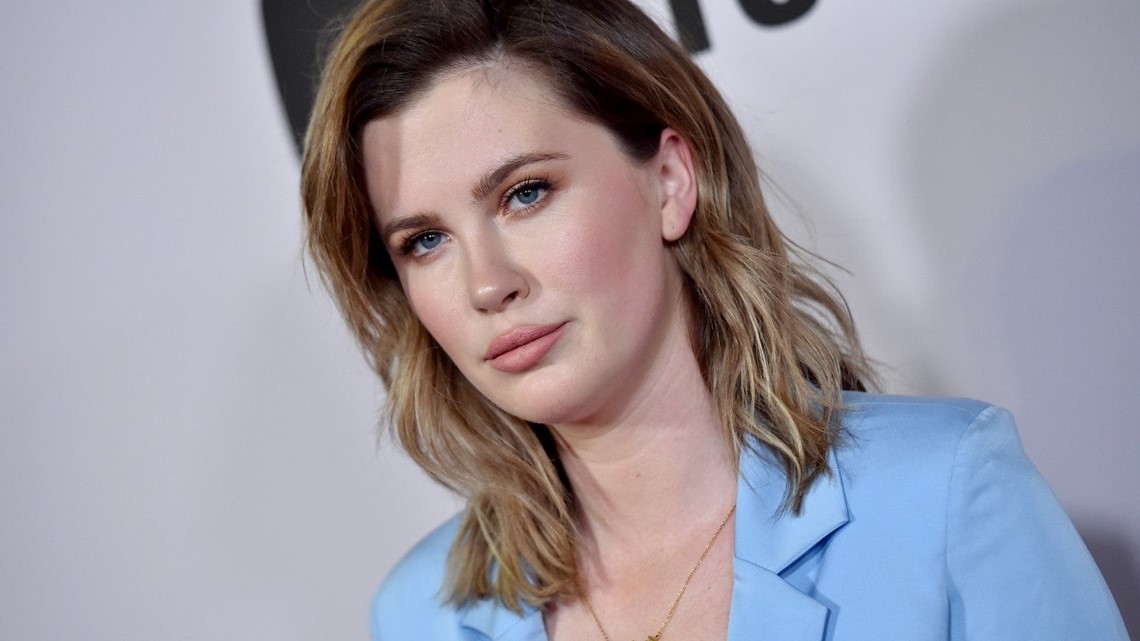