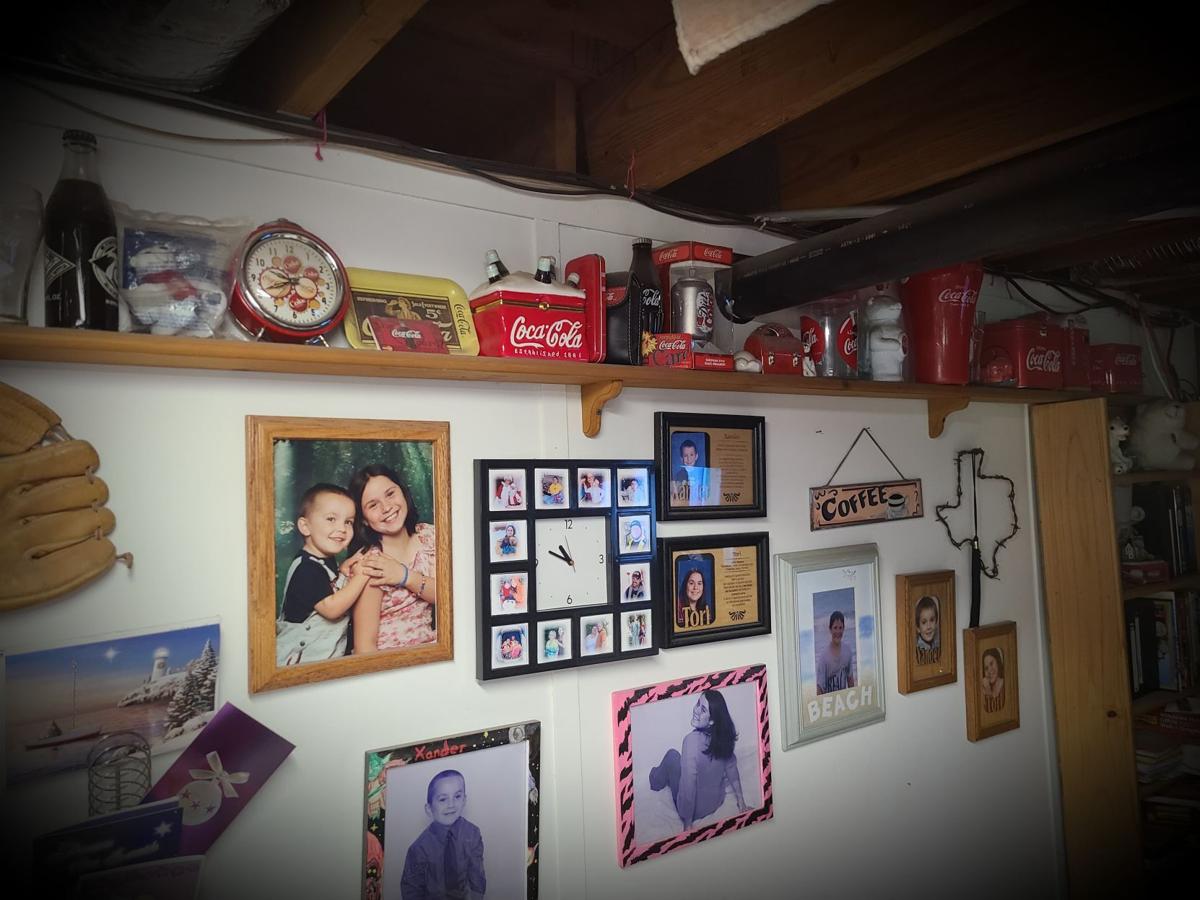 The basement of the Wilson home in Axton is decorated with Coca-Cola memorabilia and family portraits. 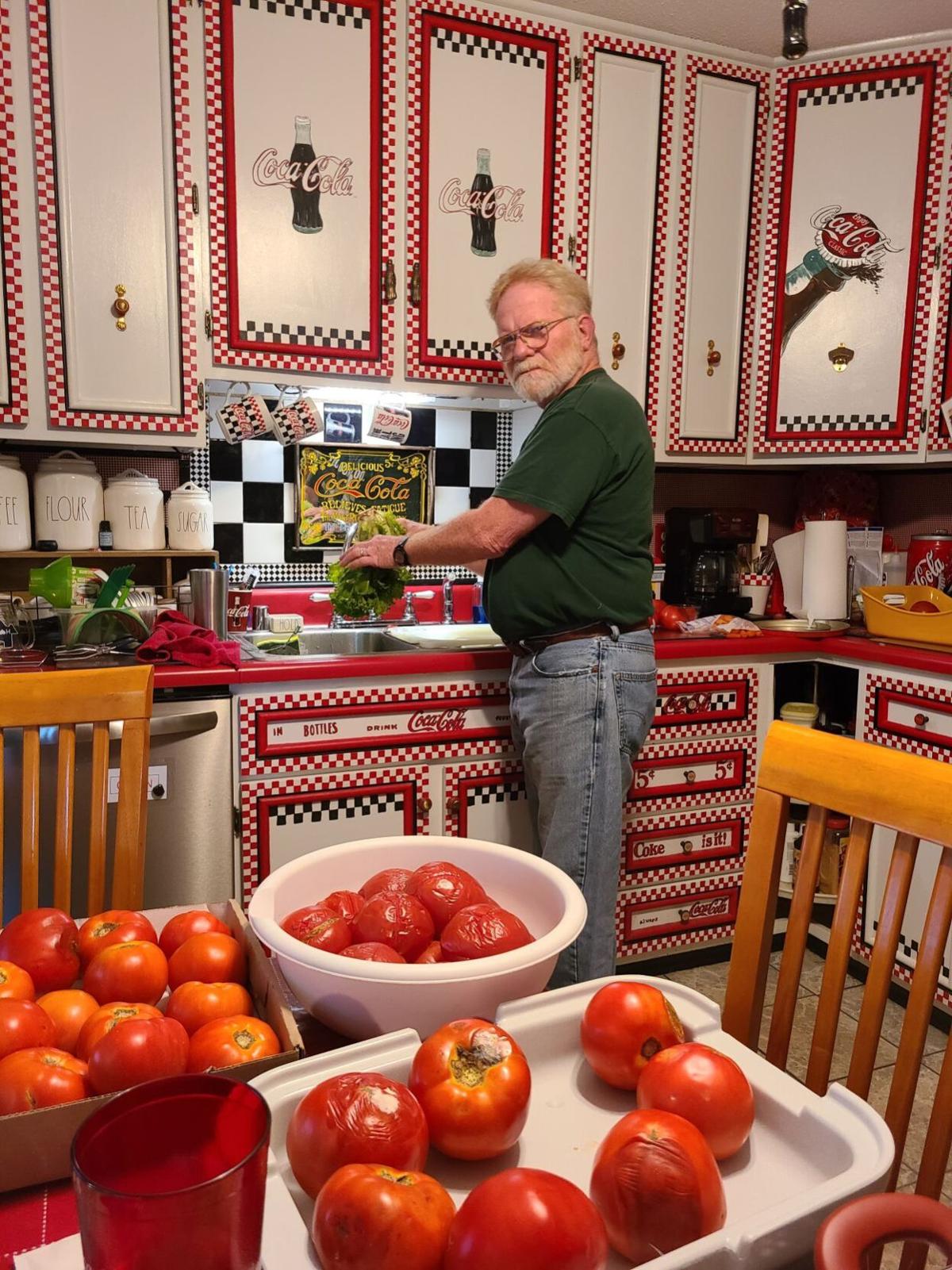 Dennis Wilson prepares some of the tomatoes he’s grown for cooking in the Coca-Cola kitchen his wife painted. Summer is a busy time in that kitchen, as the couple spend several weeks in a row preserving summer’s bounty for the seasons ahead.

Every detail of the Wilson kitchen follows the Coca-Cola decorating theme.

Tomatoes are right at home in the Wilson kitchen in Axton: Their vibrant, bright red fits in perfectly with the unique decor.

Linda and Dennis Wilson have a red-and-white Coca-Cola kitchen, hand-painted by Linda. It’s just part of what is turning into being a Coca-Cola house.

Linda Wilson’s collection started about 40 years ago, when one of her husband’s friends gave her a Coca-Cola clock that he said he just thought she would like.

“What’s neat is Coca-Cola never goes out of style,” Wilson said. “Whereas my friends have done apples and bears and other things in their kitchen and they have to change it out” as those fads go out of style, her Coca-Cola décor remains stylish.

Her hundreds of items come from gifts and her own searches, including at the flea market in Hillsville. Her husband helps in the hunt, she said.

Items she has with the Coca-Cola design include a purse, an airplane, Tic Tac candies, “tons of trays,” a book bag, an ice chest she uses as a television stand in the kitchen and “a lot of Coca-Cola glasses, plates and silverware.

“There’s so much it started going into the spare bedroom, with Coca-Cola curtains, table cloths, lamps and blankets,” she said.

Her husband mostly has been a good sport about the Coke stuff everywhere, but it did take quite a while to convince him on the red countertop in the kitchen. He said it would make the house harder to sell, and she pointed out that they planned on living there for a long, long time.