“Martha and I bought the property not knowing exactly what we were going to do with it,” Steven said. “But when you have [a chance] to buy George Washington’s property, I said we’ll figure something out.”

Distinguished homes for sale in the D.C. region

Old Town Alexandria house | The 1815 house is said to incorporate the kitchen of a house that George Washington built and owned. (Courtesy of the George)

George Washington purchased a lot in Alexandria for 10 pounds 10 shillings on May 9, 1763, according to the website “New to Alexandria.” Washington designed and built the house for himself and Martha as a pied-à-terre for when they were in Alexandria. During the Revolutionary War and his presidency, he often rented it or lent it to friends and relatives. It was the first piece of property listed in his will and the only one he left outright to Martha, who later bequeathed it to a nephew. The house eventually fell into disrepair and was demolished around 1855.

When Washington built the house, the kitchen was a separate structure — as many kitchens were in those days. It is that kitchen that is believed to have been incorporated into the 1815 house that the Petersons bought.

Because of the regulatory obstacles to operating a bed-and-breakfast or an inn in Old Town Alexandria, the Petersons chose to make it an Airbnb property called the George. Reconfiguring the building for guests was a challenge.

“There was a bedroom and kitchen in every room,” Martha said. “We had to take it back to its original, actual house.”

Because few historical elements remained in the house, Martha and Steven went to Mount Vernon for inspiration.

“They let us tour the property for two hours,” Steven said. “We went through to pick out ideas of what we could add to the George.”

The project was a family affair as their son Chase joined in the design decisions.

“It’s a blast to work with him on these properties,” Martha said. “It’s funny. You’d think I’d be the one with the old woman taste and he’d be [more modern]. It’s the complete opposite. He loves antiques. I like white. I like clean lines. We kind of meet in the middle.”

“There’s none of this ‘meet in the middle.’ He won,” Steven said.

Besides the ornate public rooms, there are eight bedrooms that the Petersons have named after the eight presidents who were born in Virginia: George Washington, Thomas Jefferson, James Madison, James Monroe, William Henry Harrison, John Tyler, Zachary Taylor and Woodrow Wilson.

The Petersons were enjoying running the George, and then the pandemic hit.

“We had more fun with the people staying there,” Martha said. “Everybody has been fantastic. Our reason to sell just came about during covid. When we had to shut down, it kind of broke our hearts for the house. I hated that house just sitting there.”

Even though it has been an Airbnb, it doesn’t have to remain one. Because of its size, Steven said, it would make a great embassy or ambassador’s residence or a very nice home.

“It’s a great entertaining house,” Martha said. “Anybody can make of it what they want.”

The eight-bedroom, nine-bathroom, 5,132-square-foot house, with five parking spaces, is listed at just under $4 million.

Fri Aug 21 , 2020
BRENHAM, Texas – Are you an equine enthusiast on the hunt for a rustic Texas retreat with a whole lot of acreage and located fairly close to the city? If so, we may have found the perfect piece of land for you in Brenham. Just 8 miles from downtown and […] 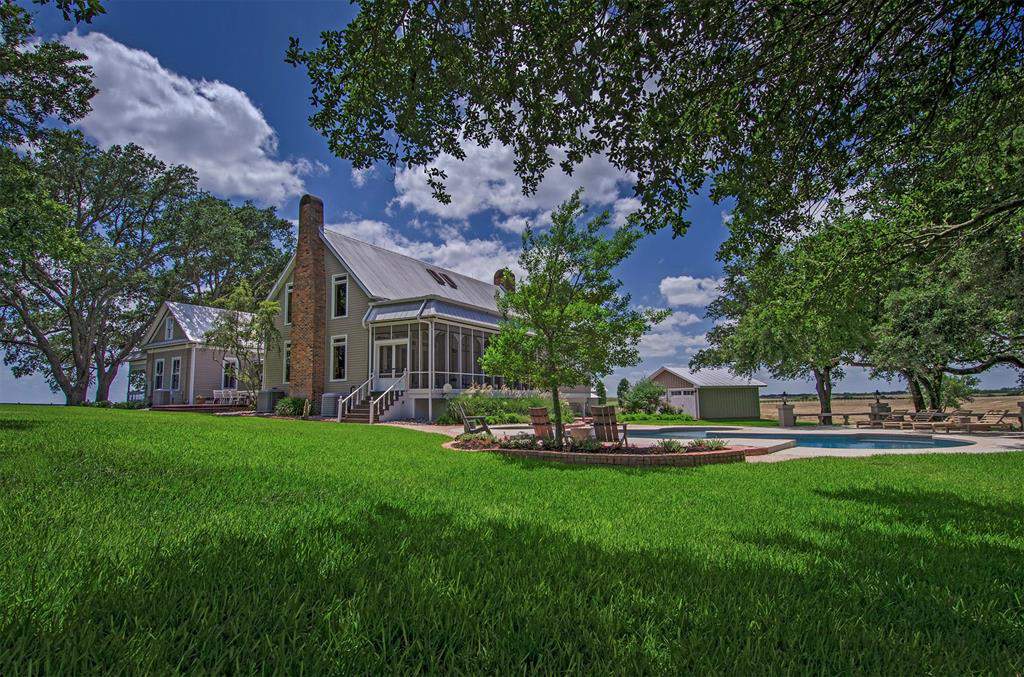