We runners love to find people in our gang. Whether it’s swapping training plan advice or stalking Strava stats, our running pals are some of our best. But sometimes, we find inspiration in unlikely places – the celebs we follow on Instagram to start.

We’ve already rounded up these 49 celebrities you didn’t know were marathon runners, but of course, you don’t need to run a marathon to be a runner, so we’ve found this list of celebs who have spoken about their love of putting one foot in front of another.

Speaking to Shape years before becoming a royal, Meghan explained that she gets a lot more from running than just the fitness side of it. ‘I love running but i think you have to find a work out routine that really speaks to you beyond trying to get goals for your body. For me, running, I need it as much for my head and to clear my head as I d for keeping in shape.’

The ‘Starry Eyes’ singer has often spoken about her love of running in interviews, recently sharing her ‘run for heroes’ 5K time of 23 minutes! Goulding completed the Royal Parks Half Marathon in 2014, finishing with a time of 1 hour 41 minutes.

The Man vs. Wild host had to run as part of his military training, and after taking a short break after he got out, he started up again to get in shape for TV.

‘Now I really enjoy running,’ he told Runner’s World. ‘We live in a pretty hilly area in North Wales, and I run three times a week for about 40 minutes as part of my training.’

It’s true, Sporty Spice herself loves running! Speaking to Runner’s World, Mel C said, ‘Of all the sports I’ve tried, some have come and gone but running has always been there for me. It’s the simplest of things to do: shove your trainers on and just go.’

The Friend’s star is known to mix up her workouts to stay in shape. Aniston has been spotted out running over the years, but her trainer told Women’s Health she also loves spin classes and boxing for cardio.

Jennifer Lawrence is said to incorporate running into her Hunger Games training, however in an interview in 2012, she admitted she was worried about people critiquing her running style. ‘I’m most nervous about everybody making fun of the way I run’ Lawrence said, ‘I do, like, karate hands. Instead of running with my hands closed together like a normal person. It’s like I’m trying to be aerodynamic or something, so my hands are straight like razors’.

In 2016, the Facebook founder did a ‘year of running challenge’, where he attempted to run 365 miles in a year to encourage other Facebook members to get moving. Zuckerberg finished the challenge five months early.

The Duchess of Cambridge is said to be a runner. In a 2018 interview with Bryony Gordon, the Duchess revealed she would never be allowed to take part in a large event like the London Marathon due to the security risk.

That said, the Duchess’ younger sister Pippa is an avid runner, completing the 2016 Great Wall Marathon in China, finishing with a time of 4:54:51 and a position as the 13th fastest female.

Love Island presenter Laura Whitmore recently said that in lockdown she rediscovered her love of running using the Couch to 5K app.

Davina McCall has often shared the up’s and down’s of being a runner on her instagram page. Recently returning from injury, Davina said, ‘Coming back to running after a few weeks off is really tough. It’s humbling. Nothing wrong with a large dose of humility.’

BBC newsreader Sophie Raworth is an avid-runner and was even selected to represent England this year in the over-50’s women’s team. Speaking to Runner’s World in 2018, Raworth said, ‘The medal I’m most proud of is the one for the Marathon des Sables (MdS). I’ve never been so frightened and out of my depth than when I signed up for that race. The week before it, I wanted to pull out I was so panicked. To have completed it, and to have done quite well in it, is so satisfying. It was the first time I’ve cried crossing the finish line.’

When speaking to Runner’s World, the First Dates Maître D’ said, ‘I never listen to music when I run – I listen to the beat of my heart. I like to feel the blood pumping in my veins. If I’m running for a long time, I take my hydration pack. I like to disappear up a mountain or into the woods and come back two hours later.’

With a marathon finish time of 4:41:48, supermodel Karlie Kloss is a not-so-secret runner. Speaking to Runner’s World, Kloss said, ‘The first time I really went for a run longer than four miles was only three years ago, when I trained for a half marathon in Paris. I like to do things that take me out of my comfort zone, and the idea of running a half marathon was beyond scary and definitely took me out of my comfort zone.‘

The 50 Shades of Grey actor has done some running on and off screen, recently doing 5K as part of the Run for Heroes initiative.

It’s been a big year for Normal People star Paula Mescal, who has been spotted running around London during lockdown.

Documentary maker Louis Theroux recently appeared on the Joe Wick’s Podcast, where he admitted he used to run regularly, but let things slip in more recent years. Theroux took part in PE With Joe during lockdown, so hopefully we’ll see him at a parkrun soon.

Like the rest of the UK, Princess Eugenie ran during lockdown, taking part in the Run for Heroes challenger. Her sister, Princess Beatrice, is still the only member of the Royal Family to take part in the London Marathon, crossing the line in 05:13:03 in 2010.

In an interview with Health the Desperate Housewives star said, ‘I’m a runner, first of all. I run a lot. But I also do SoulCycle, Pilates, yoga. I usually mix it up.’

Victoria Beckham’s workout regime is said to include a daily 5K. Speaking to Vogue Australia, Posh Spice herself said, ‘I go for a three mile run every morning and I work out for an hour with a PT, which gives me just enough time to get to the kitchen to puree Romeo’s avocados’.

British Radio and TV Presenter Jenni Falconer loves running, so much so she’s made a podcast about it. Falconer’s marathon PB is a speedy 3 hours 38 minutes and she has completed the London Marathon eight times.

Founder of the best-selling beauty brand Liz Earle also loves to lace up and head out for a morning run. Speaking to Runner’s World, she said, ‘I’ve always enjoyed exercise, especially outside, but I always assumed you needed to be a bit more of a fitness fan to go running. A few years or two ago when a friend suggested I give it a go and now I’m hooked! I still love Nordic walking and Pilates, but running is a new addition to my exercise routine and I’m so pleased to have found it.’

Author and Journalist Bryony Gordon once ran the London Marathon in her underwear and inspired hundreds of other women to do the same at the Vitality 10K last year. As well as her book, Eat, Drink, Run, Gordon has been outspoken about her love of running, writing in Grazia, ‘Running saved my life. I know that sounds dramatic, because when I read those words I can barely believe them myself. As a sufferer of obsessive compulsive disorder with a long history of depression, there were many things that were going to save my life – a career, the right man, a baby, 16 pints of lager after work – but running was not one of them.’

The Britains Got Talent judge is a keen runner, with a marathon PB of 4:13:22.

TV presenter Lorraine Kelly is a multiple-marathon runner, who has often spoken about the joy she gets from running and keeping fit.

The Mysterious Girl singer once completed the London Marathon with his then-wife Katie Price. More recently, Andre has spoken about how running saved his life and shared how he runs for around an hour a day.

Model and influencer Shareefa J has spoken about her love of running, signing up to run the 2020 London Marathon (which has now been moved to a virtual race). Writing on her Instagram, Shareefa wrote, ‘My relationship with fitness has taken me on a different journey to most, today the girl you see on the right is confident, healthy, active and above all happy. I’m training to run the marathon because I want to, I feel capable, strong and excited for the challenge.’

Model Jada Sezer also joined Bryony Gordon running the London Marathon in her underwear. Speaking to Shape beforehand, Sezer said, ‘Why do we wait for that fad diet to end before our lives begin? Or for peoples approval to start trusting in ourselves. Stop waiting. START living!…Maybe even start running…Maybe in your underwear?’

The Big Little Lies star is often spotted on daily jogs with friends and her husband around LA.

The Prime Minister himself recently spoke about his running regime, saying he has ‘lost nearly a stone’ running with his dog. The PM is running to lose weight after admitting he was ‘too fat’ when he caught coronavirus earlier this year.

Radio presenter Chris Evans has completed the London Marathon a total of five times, with a PB of 4:41:06 was in the 2017 race.

After Eminem got sober, he turned to running, regularly logging 17 miles on the treadmill. ‘It gave me a natural endorphin high, but it also helped me sleep, so it was perfect. It’s easy to understand how people replace addiction with exercise,’ he told Men’s Journal.

On November 18, Will Smith knocked something else off his bucket list: he finished the Havana Half Marathon, also known as the Marabana.

According to the official race results, the actor completed the race—which went through the streets of Cuba’s capital—with a net time of 2:29:04.

Sir Richard Branson ran the London Marathon in 5:02:24 in 2010 and loved it so much he signed up to be lead sponsor the following year.

This content is created and maintained by a third party, and imported onto this page to help users provide their email addresses. You may be able to find more information about this and similar content at piano.io

Fri Aug 28 , 2020
Fans of Meghan Markle have urged the royal star to “get organised” and create Archewell accounts on social media. Royally Obsessed podcast hosts Roberta Fiorito and Rachel Bowie discussed the need for an Archewell Instagram account as Harry and Meghan develop a brand for themselves in LA. They mentioned that […] 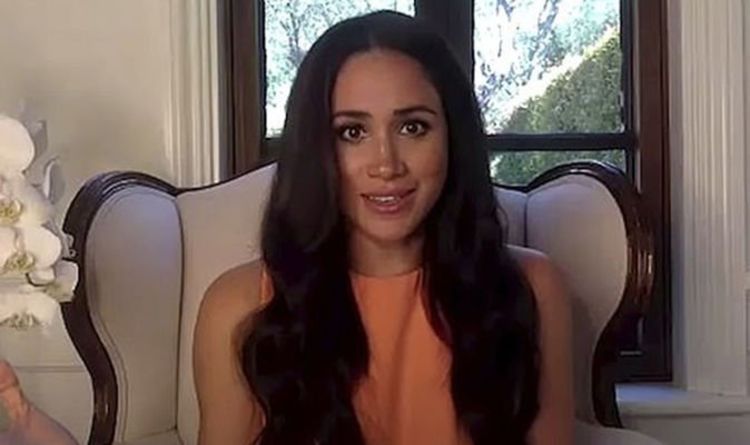