(Check the prior article for a primer and Steven’s series + SBN’s Ricky O’Donnell, for the inspiration. All pictures taken from JEOHankins2’s personal device on his own XBox 360 & copy of College Hoops 2K8)

When I started this I thought of how much fun it’d be to see a video game simulation of the ups and down’s of State’s season leading to an opportunity to actually play in the ACC and NCAA tournaments. After finishing the first half of the season, I think maybe I should’ve quit while I was ahead or actually ya know, played every game. So here we go…

-Game one was against Chapel Hill and not 5 minutes in the game, Daniels oes down with an injury that would keep him out 4 more games. In a 16 game ACC season that is massive

-DJF is playing at a very HIGH level which is great for him but we aren’t winning. At this pace he’ll like be All-ACC and a NBA draft prospect but this game doesn’t allow you to persuade players to return (big oversight not having bag men). We can’t lose DJF if this is how we are going to perform this year.

-Good shape with 4 guys right now, chance for a good class. Especially excited about the 5-star prospects on the board who are warming to us. I still can’t get over the PG Waitari Guy flip to UVA…that one hurt, though the good news is we are right there with 5* 6’2” point guard Preston Norman out of the Bronx who is more highly rated. And to answer Nova’s question…no he is not eligible for the NBA Draft now.

-We lose Danny Dixon, and now with DJF playing at the level he is, I am on the hunt for some tall people to spell/support Manny Bates if he’s alone back there

1st Half of Conference Play

-3 of our 5 losses came without DD contributing, which hurts with how deep the league is this year.

-Our offense in conference play has fallen off a cliff without Daniels and our defense has remained at about the same level. I don’t think pressing defenses work as well against the CPU …they don’t get tired, their programming is effective against back-court violations and dumb passes…plus stealing is next to impossible

-Good News: we are 2nd in the league in boards, 1st in blocks yet there’s HORRIBLE news too…we are turning the ball over 18 times a game and lead the ACC in fouls per game (though that is with two games against Chapel Hill and Duke so…well you know)

-Worst Loss: Where else but Cameron by a score of 97-76. DJF dominated again with 26 points, got solid contributions from Bates and Hellems, but turned the ball over 23 times and that’s all she wrote.

-#2 Louisville on the road, need a strong finish to salvage the season…plenty of chances but 6 ranked teams in our last 8 games…could be a blood bath bad enough so that I’ve considered purchasing a whole other college basketball game and ending this if I can’t get us a title at season;s end, stay tuned

US is accused of hampering attempts to find a Coronavirus vaccine

Sun Jul 26 , 2020
She’s the British woman leading the race to save the world from the coronavirus. But taking on the most urgent job on the planet is unlikely to faze this 58-year-old mother of triplets. Sarah Gilbert is the brilliant professor of vaccinology at Oxford University whose team is leading the way […] 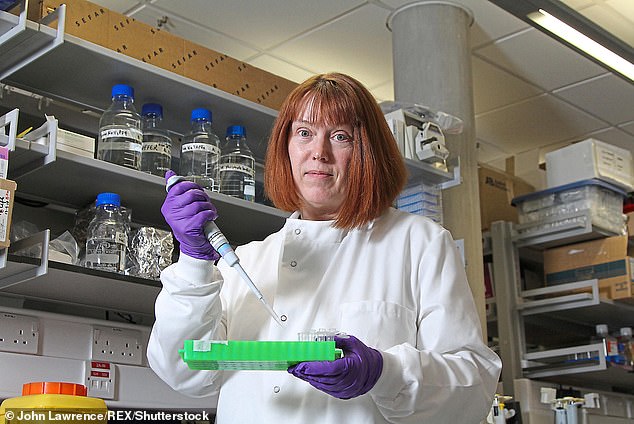